When the piano's dead.

I sat there playing, but it wasn't music coming from those keys. It was just noise. Damn Charles Ives. I started listening to this amazing album using Spotify of two people I never heard of before. Susan Graham and Pierre-Laurent Aimard singing a selections of songs from Ives, along with the amazing Concord Sonata.

I had it on in background while reading a new biography of him that was just released. And this music is like a magic trick. Sometimes the songs sound like the voice is in one key and the piano in another. And yet, my brain doesn't process the dissonance as dissonance. It sounds right. And yet, logically, I know that these are not "normal" note/chord relationships.

I suppose it takes a bit of an "educated ear" for this to happen. I don't see putting this on in a bar. It would probably sound like noise to a lot of people.

But what's also doing is making my brain crave it more, like craving sugar. And when I sit down to write my "song of the week" for the Jack Hardy Exchange, all the chords sound boring. Everything sounds boring next to Ives. It's like rock and roll for the brain.

In his own time, after the turn of the previous century, he was departing from conventional harmonics and rhythms and was mostly ignored or ridiculed. So, he wrote largely in obscurity until a concert of his ridiculously difficult Concord Sonata was played in New York in 1939, I believe.

Then, he was criticized for copying other similarly bent composers even though his works predated them.

So, what am I saying about myself? What Ives did came from his heart. His dissonance is used in service to what he's hearing in his head. Many "modern" composers work almost from a place of mathematics in putting together tone rows and other forms of dissonance. Clever but soulless, not that I am all that educated about them. Perhaps I'm just displaying my own ignorance.

Well, I take that back. It does have something to do with me. I put moments of dissonance in my Mass because there was a narrative going on in my head that was a comment on what was being sung. In the Agnus Dei, instead of writing something really beautiful, I thought of it asking for peace in a world where there is no peace. I had this gut instinct to just clash all the voices together like a trainwreck.

Not saying I am on the level of virtuosity of an Ives. Far, far from it. Just that I listen to his songs and they cut right through me. As the book explained, he almost seemed to be able to write what a songwriter thinks before he turns it into a song. It's mesmerizing.

So when I hit the keys and "pretty" sounds boring, maybe it's because there's something more beneath it all that needs to be excavated. I do hope so. I also hope it makes sense.
at June 27, 2014 No comments: Links to this post

First Review of the London Cast Recording of "The Last Session." 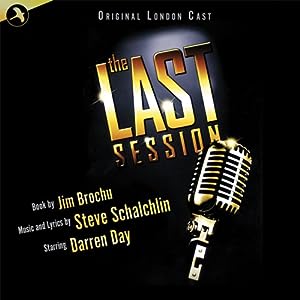 Rob Lester sums up his rave review on the website Talking Broadway, "...the recording crackles with energy and drama, capturing the performance of a committed cast-in a show with a lot to say (still)." 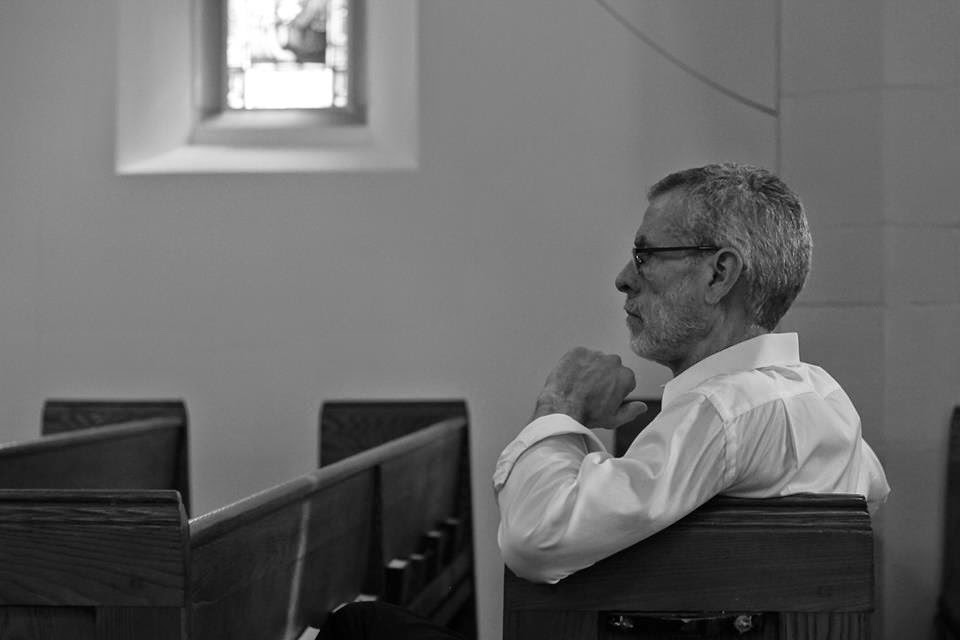 I never, growing up, would ever have guessed that I'd compose a Mass, but Mark Janas and I have been working non-stop for the past week, editing, revising and getting the 17 numbers into rehearsal shape.

This is the first time I've just taken a breath.

Rehearsals start Tuesday, there's another on Thursday and then the concert is Saturday.

Because this is completely new, no one knows what to expect. That's the exciting part. I think it's going to be one of best nights anyone will ever have. Not that I'm prejudiced or anything.

It has only energized me, doing this project, and it's thrilling to finally see it come to life. It's all thanks to Fr. Jeffrey Hamblin, who has financed this entire music program out of his own pocket from his work as a doctor working graveyard shifts at the ER. And also thanks to Mark Janas, who gave all of his time this week to me, to edit and revise all the arrangements. It was a massive undertaking.

And now, on Saturday, it flies. One night only.