Meaning, as a student at Boston Conservatory, he started his own theater company and put on a season of shows, grabbing whatever space was available, and just going of for it. In the case of New World Waking, they took over a rehearsal hall at the school. (One of the premises behind his founding EarthStone is that one doesn't need a theater to make theatre). 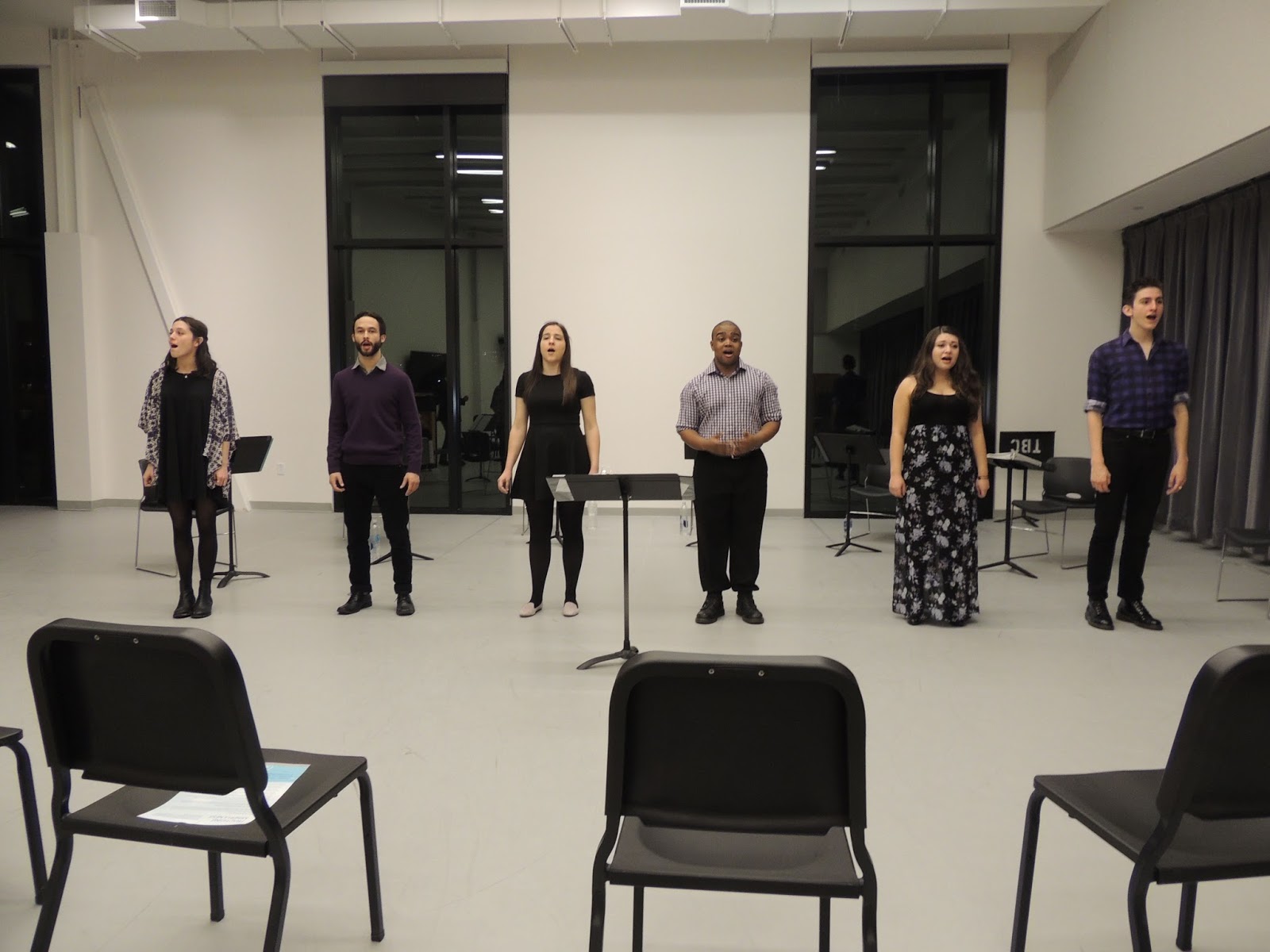 When he discovered my New World Waking School Challenge, he and musical director Joey Harrell were especially eager because the show is still, in a way, unformed -- or without form -- and thus, subject to being stretched and changed and reformed to whatever artistic vision they wanted.

As a teaching opportunity, it was perfect. As composer, I gave them permission to cast it any way they wished, including changing keys, changing genders of the singers, changing songs from solos to group songs or vice versa. And since the "characters" are more archetypes associated with the songs than fully fleshed out characters, they had my permission to absolutely do anything they wanted.


They couldn't do a lot in terms of production, plus they had a severely limited rehearsal period, but what a privilege it was to sit out front and see the songs re-imagined in new ways. (Here in New York, I had to cast myself in the show because, also, of time limitations so I couldn't watch the show.)

But, from the beginning, I have envisioned this piece as a learning exercise that can be thrown into a season. The point of it is to do it quickly, down and dirty. So, for the students at Boston Conservatory, it was a chance to, essentially, create a new show from scratch. And there's no better or faster way to learn.

At the beginning of the night, Blake announced that, except for one, these were all underclassmen. 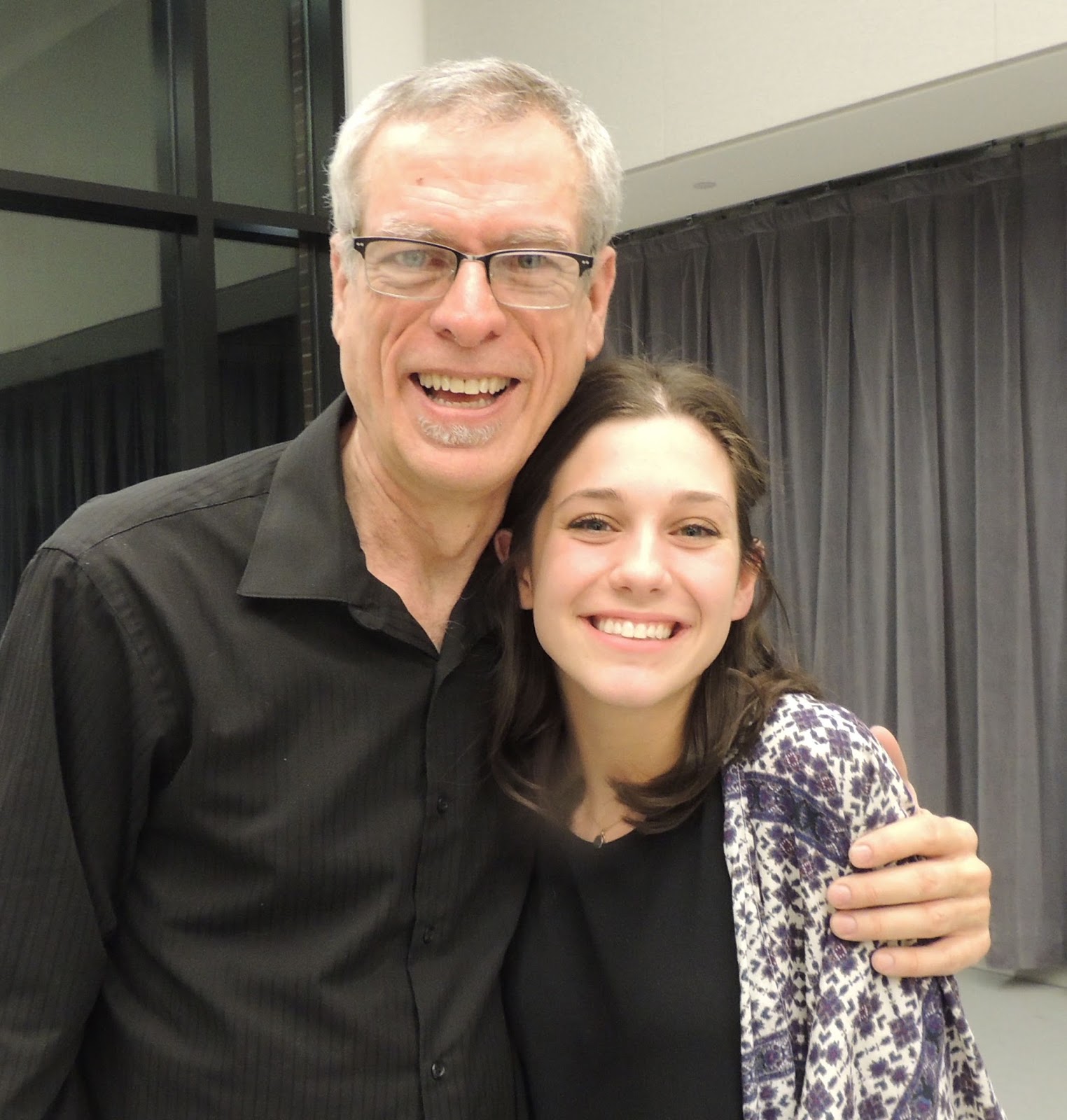 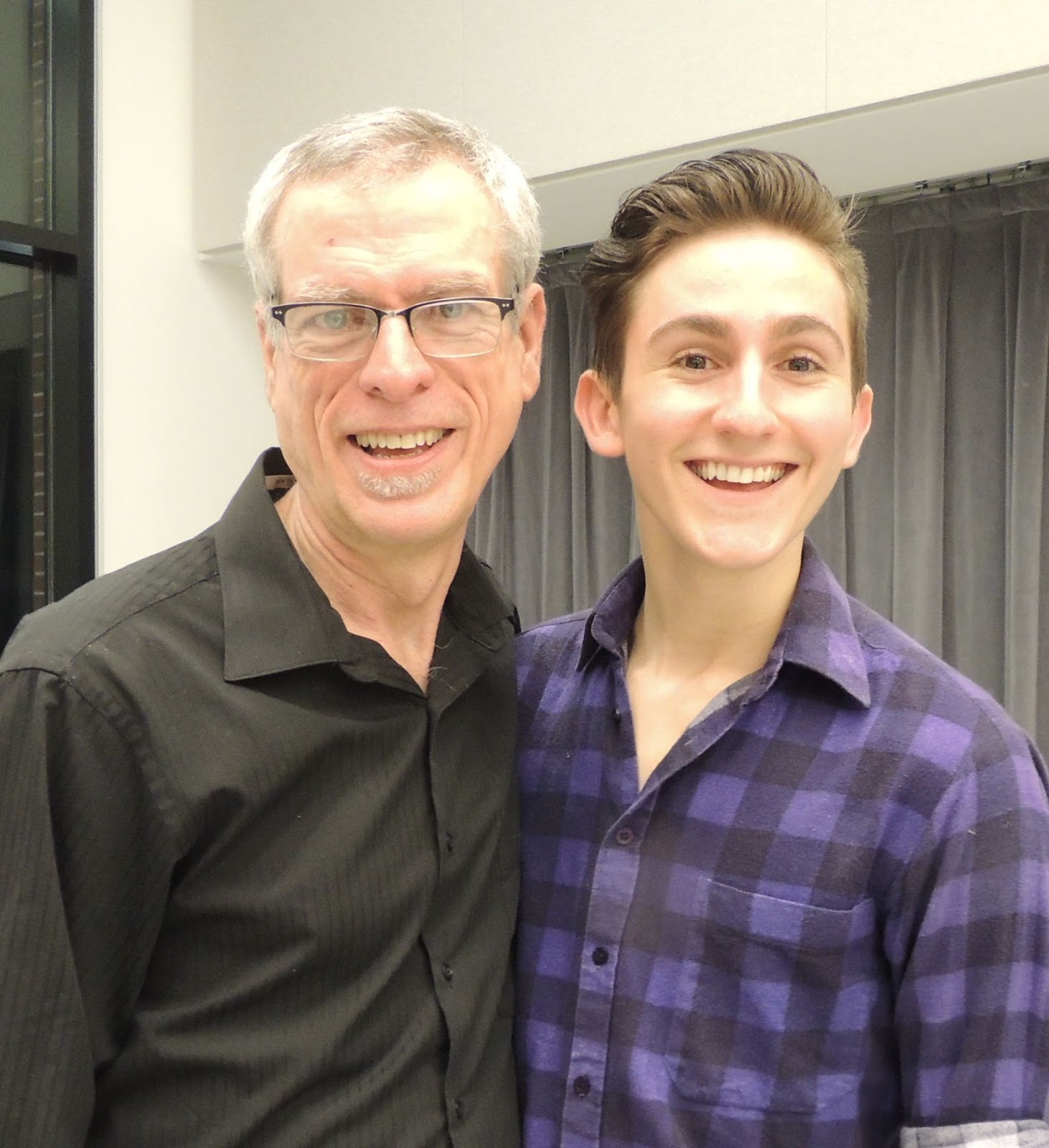 Despite all the limitations, the show was great. People around me were both crying and laughing and greatly moved by the material and by the expert performances.

I composed New World Waking with the express goal of providing a work that would both be deeply meaningful and easy to produce -- but it takes a visionary to pull it off. A visionary like Blake Zolfo.

It doesn't matter how old you are or how inexperienced, what it takes to make it in this profession is courage to step out on your own and MAKE something happen.

New World Waking was a triumph because these young people made it happen. They didn't wait for others, they didn't wait for permission. They created their own show and they moved a lot of hearts with it. And that's what Living in the Bonus Round is truly all about.
at March 13, 2015 No comments:

Writing A Song A Week.

I've joined the Jack Hardy Songwriter Exchange, the rules of which are that we must write a song a week. So, just to prove that I can, I have been writing, almost exclusively, love songs -- and I will probably make those love songs my next album.

Why love songs? Because everyone keeps accusing me of writing only "issue" songs. So, I'm gonna prove myself! So far, I'm not doing so badly. We'll see how it goes.

I've been learning my new studio recording software -- Pro Logic X! -- so I'll start posting the demo recordings soon for your judgment.
at March 08, 2015 No comments:

New World Waking will perform on March 10 (one night only!) at 8pm in 132 Ipswich, Room 306.  Tickets are $5 and can be reserved by emailing Blake_Zolfo@bostonconservatory.edu.  A portion of the proceeds will be donated to The Trevor Project.

The show features a group of incredible singers from The Boston Conservatory, and the response from the performers to this material has been so encouraging as we continue to put this show together. It is also a unique opportunity for this group of pre-professionals to be able to work on a show with the composer being an active part of the process.  They have improvised many of the harmony lines and bring a fresh new look at this very pointed piece of theatre.

*Member of Actor's Equity Association (AEA), the union of professional actors and stage managers in the United States.
EarthStone Theatre Company is a brand new theatre company which operates in Boston, Massachusetts, bringing four shows annually to the Back Bay/Cambridge area.  The mission statement of EarthStone is four pronged:
Our current season included a completely re-imagined Little Shop of Horrors, a workshop of a new musical called The Greatest Musical Ever, performances of Paul Downs Colaizzo's Really Reallywhich raised money for the Boston Area Rape Crisis Center, and the weekend of March we will be putting up a dynamic production of Shakespeare's Macbeth.  New World Waking fits into our mission statement because it sparks strong conversation about LGBT issues.

The executive board of EarthStone is comprised of current students and alumni from The Boston Conservatory, which has about a 30% population that identifies as "other than straight". (The national average is around 14% for a college campus).  So we decided to include this powerful song cycle in our season, feeling that it would resonate within such a diverse community.
at March 05, 2015 No comments: