My Birthday Is Coming Up.

I  never knew this.

Growing up, we Baptists rejected the religious office of "Saint" designation. So, there were no stories of any "Saints" of any kind unless they were in the Bible. Same as in the designation "Mother Teresa." She was just seen as a weird-looking old broad who made Catholics feel self-satisfied that she was one of them.

St. Francis. I don't think I really knew about him. And if I did, it was only in the most generic way possible.

It was to my great pleasure -- the kind of cosmic gift that can only be appreciated when one is an adult.

And the Franciscan robe costume! How sexy is that when turned into beach attire? 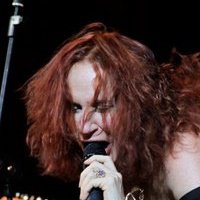 Amy Coleman and I met down on 17th street in the basement of this building being renovated. She has a little keyboard, so we set it up near a back door that leads out to a courtyard covered with glass. It was hot in there, so I took off my shirt.

(We've been invited to sing a concert together up in Rochester, NY at one of our old haunts, the Downstairs Cabaret Theater -- which is what has precipitated this session. But we still had no idea for a show, or what songs we'd sing or anything like that.)

When she arrived, we just chilled a little talking about music and about other people, just hanging together and getting a little loose.

We had already met this past Tuesday (on another hot, muggy day) and though had I played her of my new songs and she showed me some of hers -- chord charts which I tried to decipher -- we were musically awkward, not sure what we were doing -- until the end, where a couple of times we connected. But still, neither of us were sure what we might do. It's one thing to say you'll sing a show. It's quite another to design it and execute it.

This day, however, was different. I had had a chance to listen to some of her CDs. I especially like this one called "Goodbye New York" Here's the Spotify link: http://open.spotify.com/user/steveschalchlin/playlist/5DzyQ40TALamrvwommLuu7.

So, we kept running over this one song, over and over. It’s called Sad Old Blues. The chords are really complex, so it took me a few tries to get the voicings and spellings. But when I finally started to feel it in my fingers, and she started singing, it all really came alive -- and then, almost without warning, we were genuinely jamming and singing at the top of our lungs.

I said to her, “Hey, it’s like we’re making real music here.”

Amy, like me, though she is a terrific actress and theater performer, really comes from a tradition of singing in front of a band, singing blues and rock -- I'll never forget the day I saw her standing in the basement of some club in the Village, barefoot in pool of spilled beer, screaming into this mic, while backed by a band of Russian expatriots, playing their faces off. We have both paid tens of thousands of hours of dues in crappy clubs and lousy hotels.

Our relationship started with The Last Session, where she was in both the NY and LA original casts.
But in a theatrical situation, it's more structured and more formalized. It's a composer showing an actor how to sing the music, and an actor delivering what the director and the writer have in mind. You don't jam out in the middle of a piece of theater. Well, not usually, anyway.

Which reminds me of her audition for the role of the rock and roll singer, Vicki. She came in that day with a crumpled up piece of paper with the chords to "House of the Rising Sun" scribbled in pencil. The poor guy playing the piano for the auditions had no idea what to do with that, and so I came over from the table, sat at the piano and the two of us connected immediately.

So, really, this new session we were having yesterday was just an extension of that first musical contact we made with each other.

Another thing we have in common is that we like to practice. We kept doing "Sad Old Blues" over and over as I worked to my fingers to really feel that complex progression of bluesy jazz chords -- flat 5ths and 7ths rotating down the circle of fifths a few notches. But when I got it, I got it.

Then I would pull out one of my new ones -- "Southeast Texas Blues" or "Country Preacher's Kid" or "When The Old Lady Died" -- and we'd work on them. At this point, they're still in the process of being edited and reshaped, so it was great to have another musician in the room helping me think them through and giving feedback, and, best of all, singing along.

She said, “I see what’s happening here. We’re just telling our own stories, sharing back and forth.”


Musically rootsy and earthy, with songs that relate to our personal lives. Music WE want to sing.

She has written several really nice songs, by the way, and they seem to fit with mine, hand in glove.

By the end of the afternoon, I was covered in a layer of sweat -- taking off my shirt helped only a little -- but we were really jamming hard.

Over the past couple of weeks, I've been on a retreat, writing and writing and writing -- mostly songs about my home town. As I was working long and hard on them, this other song just kind of popped out. It was all I could do to write it down fast enough to catch it.

Based on an experience I had singing at a hospice in Los Angeles. Longtime readers of this diary might remember it. Anyway, this is what happened that day...