On Monday, the day after my new concert debut in New York at the Metropolitan Room, I was sitting on the couch trying to take it all in. Decompressing from a very long day.

And, suddenly, out of nowhere, I started crying. Huge, big, heaving, sobbing tears.

Because the concert not only came off as well as I had been dreaming it might, but way, WAY beyond what I could have imagined. 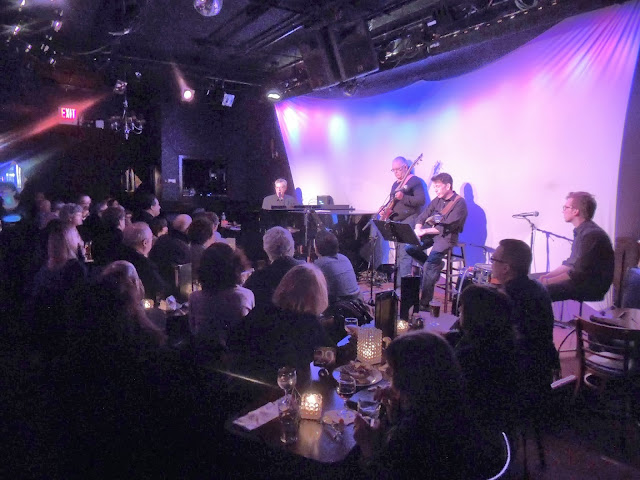 As the emails flooded into my box, I read story after story of people who told me their lives had been changed. Really?

Two friends said the show as so emotional for them, that they held each other's hands all through it. Another said that every face in the room was wet with tears of joy and release, as they cried and cried at the songs and the stories coming from the stage.

What I remember is how, when I looked out at the room during the show, every person was on the edge of their seats, leaning forward trying to catch every word, every note, every nuance. 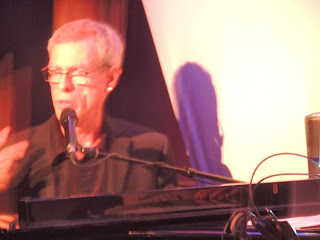 And how they all turned into a huge Bonus Round Choir, jumping into the choruses and singing along to songs they didn't even know! YES!

And my band! There was traffic coming in from Queens, so Stephen Elkins barely got there in time -- and we weren't even sure what he was gonna do on stage. Luckily, there was a drum set, so they set it up quickly and he improv'd a percussion accompaniment. Bill Goffi got there in time, but we hadn't run through any of the songs. James Lawless, who played bass, came in from Jersey. We had never even met before. He was just a guy who had helped me and cheered me on while I was recording the album.

Evan Cohen and James Eden came into video tape the show. Even they arrived at the last minute and were winging it.

I had spent the two previous days making chord charts, so that my improvised "Bonus Round Band" could fake their way through the set.

I mean, if there is a set of rules on how NOT to do a show, this was it.

In fact, when Bill and Stephen asked me what songs they were to sing background vocals on, I told them I didn't know. Just to jump in and wherever it felt right, keep an eye on me and we'd just wing it. Well, you'd have thought we had been playing and singing together for years.

At one point in the show, I told the story of how I received this shy note back in 1996 from a Dr. Bruce Dorsey introducing himself as the chemist at Merck whose team made the breakthrough drug Crixivan, which saved my life and which was the turning point in the fight against the massive deaths of AIDS in the 80s and 90s.

The audience gasped and sprang to the feet, a massive standing ovation. Everyone was crying, including his wife and kids.

I mean how often does a chemist get a standing ovation?

But he was responsible for the salvation of so many of us, how could we not?

And then I started the opening strains to "Lazarus Come Out" and, by that time, as Jimmy would say, the house was up for grabs. "SING ALONG!" and they did. They sang. We all sang!

How often do we get to celebrate real triumphs? Real victories in life?

By the end of the show, my mind was somewhere in god knows where. I'm sure the endorphins and other healing chemicals were racing through my body in numbers no one could count.

For many long years, I've dreamed of this moment: the chance to really take New York on. For four years, since we moved here, I've been writing and studying and lying low, for the most part, sometimes battling opportunistic infections, sometimes barely able to move, but I refused to quit. Refused to give in.

This is the show I wanted to do. This was my personal statement of what has happened to me since The Last Session. Since The Big Voice: God or Merman?

My life isn't defined by AIDS nor is my music trapped in some sub-genre of disease-related music or even musical theater.

It's an expression of everywhere I've been. Everything I've seen. Everyone I've touched. And more, everyone who has touched me.

Reader, if you've been along for this ride, you know I've traveled a tough road. Sometimes flat on my back. Sometimes high on mountaintops. But no matter where I was, I had you coaxing me along. I had you supporting me and caring for me.

You are the reason I continue to not just survive, but to thrive. And everything I do is a consequence of your being there to push me, guide me, goad me and kick me in the ass.

So, yeah. I sat on this couch and I wept like a baby.

Tales from the Bonus Round was a triumph in every sense of the word. I could see it in the faces of the people in the audience. I could feel it in the room.

Afterward, Bernie Furshpan, who owns the club, said it was the single most emotionally fulfilling show that has ever graced his stage. And that's saying a lot, since the greatest artists in the world have played the Metropolitan Room. And he demanded that we do it again.