The Times Review is in.

And it's a smash. In fact, it's downright lovely. Daniel Gold even gives us a quotable, "Solidly satisfying evening. Walks down memory lane are rarely so inclusive and entertaining." Which, for the Times, is like a stadium roaring.

Aside from the personal gratitude one feels for this -- we were on tenterhooks all week waiting for it to come out -- it will give the show a chance to find its audience, which is not easy in a big city, where there are thousands of entertainment options every single night. Where voices in small not-for-profit theaters get drowned out because of the high price of ad dollars.

For Frances Hill and Peter Napolitano, it's also a victory for their artistic vision. It was absolute luck that, just as they were needing a show and had heard of it, Jim and I were booked at the Metropolitan Room together.

It also means I can focus now on my concert, which is only a week away! I'm not even sure if we've sold any tickets. Hey, a week is a lifetime in New York. It's just like election season.

I went to Facebook and put out a call for anyone who'd like to be in the Bonus Round Choir. We have exactly 12 chairs. I suppose some people could sit on the floor, or bring their own folding chair. But that's what we have.


Reader, you can be in the Bonus Round Choir, too, in our continuing "make it up as we go along" series. Just go to this folder. If you can't make this one, do the next! What the choir sings is going to be entirely improvised on the spot, but there are some guides. So, if you know the music, then you can figure out when to sing. It will be different for every show.

I have used this crowd-sourcing choir idea for New World Waking, so I know it work.


Meanwhile, buy your tickets now! Every show is a different show. 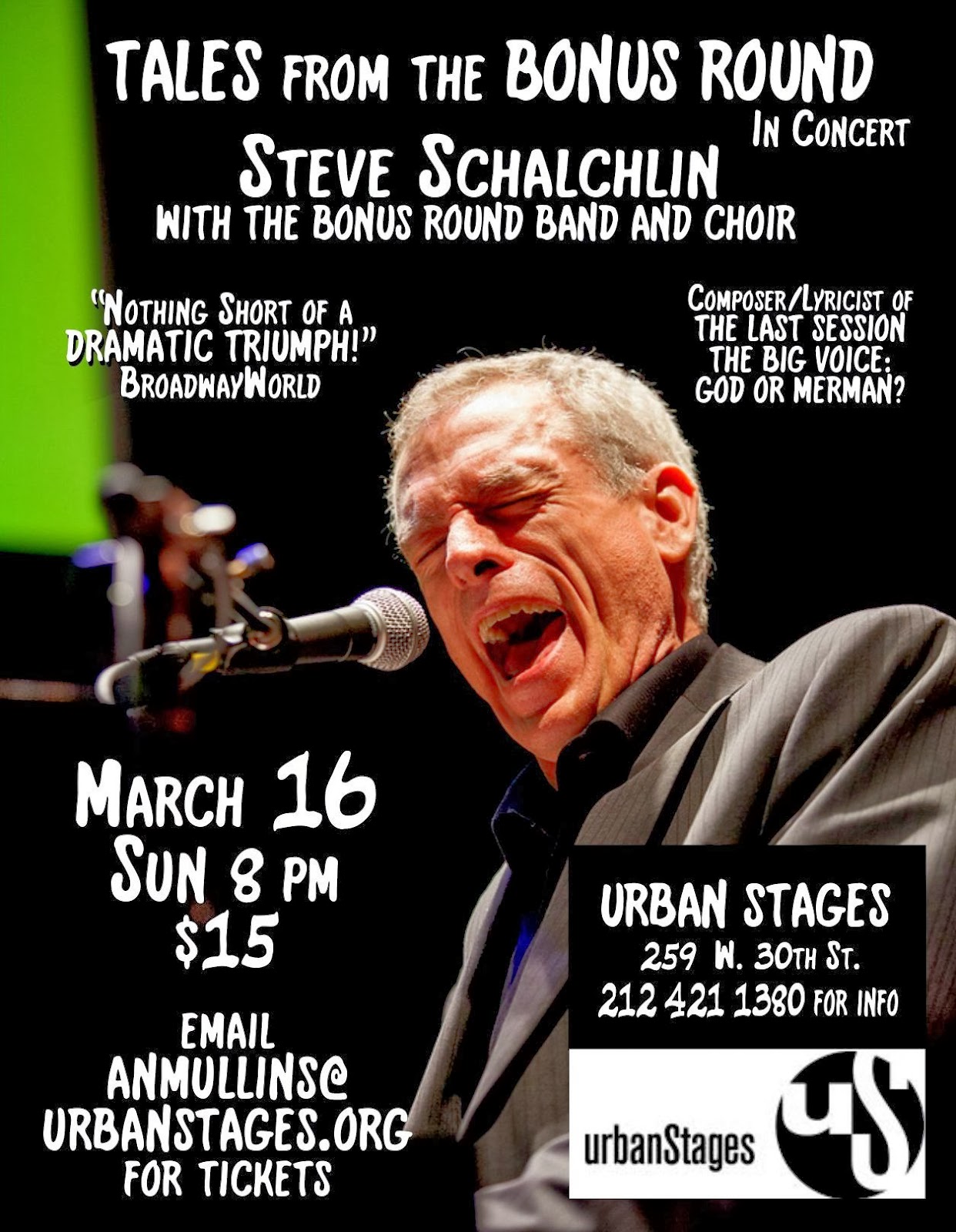