Reader, if you're not familiar with theater royalty, then the only way to describe this evening is to imagine that Paul McCartney is being given a big award, and you've been asked to sing "Yesterday" with Paul sitting in the front row next to Steven Spielberg.

That's the position Jim found himself in when he was asked to sing "If I Were A Rich Man" in front of the great lyricist Sheldon Harnick, sitting next to Hal Prince, the great Broadway director and producer. Sheldon was being honored with a Lifetime Achievement Award by the Theater Museum on May 16.

I wasn't even sure I was going to make it, since I had barely just passed that kidney stone the day before. Weak as a kitten and still in pain, there was no way I was going to miss it. And when I found out that I would be escorting our friend, Charlotte Rae, who went to school with Sheldon, I knew I had to go. 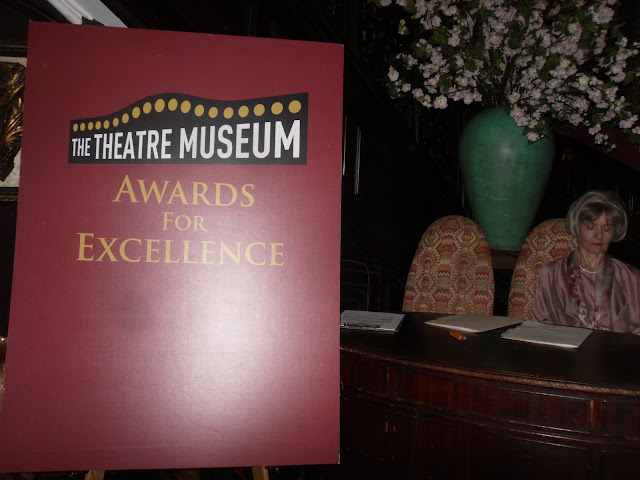 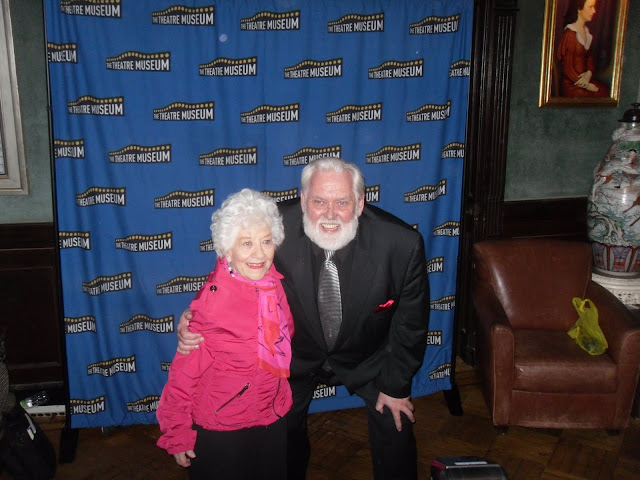 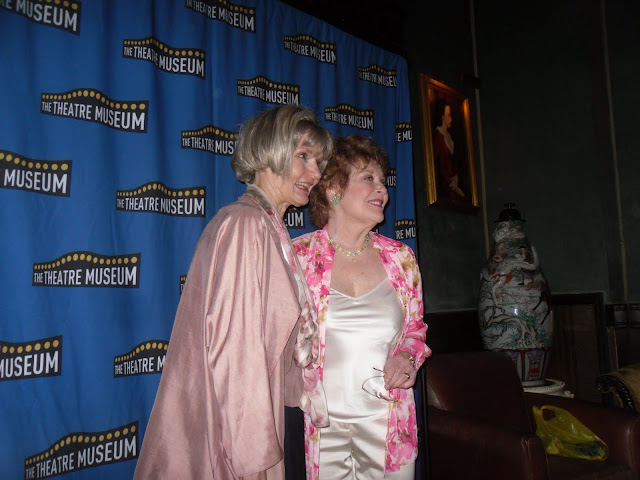 I have seen Jim sing "Rich Man" many times. But I was startled and delighted when director Tony Walton opened the show with him. And,  man, did he deliver. It was one of the performances that you don't forget. Not only did he manage to just get through it (with everyone he ever idolized sitting in the front rows), but it was one of the best performances I've ever seen of the song ever.

Every single micro-second of the lyric was fully brought to life. Unexpectedly, I found myself with tears streaming down my face. Not because I was thinking of Jim, but because I was so involved in the many levels of emotions that this song contains -- the dreams of a simple milk man who owns barely enough to survive dreaming of a life of riches and the time to "sit in the synagogue and pray."

It was really stunning. And it perfectly captured the emotional tone of the evening, drawing everyone in. 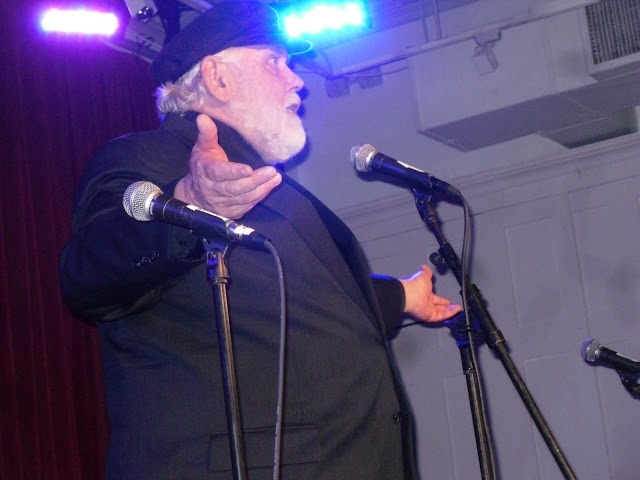 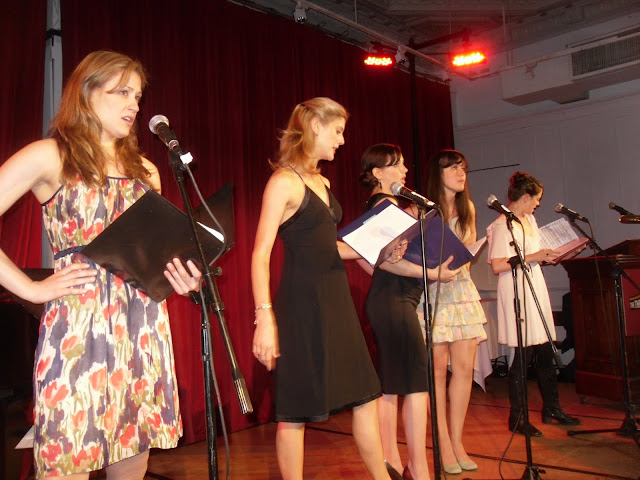 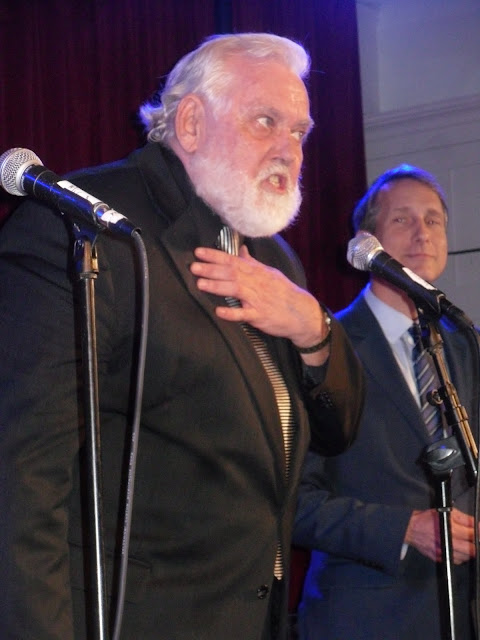 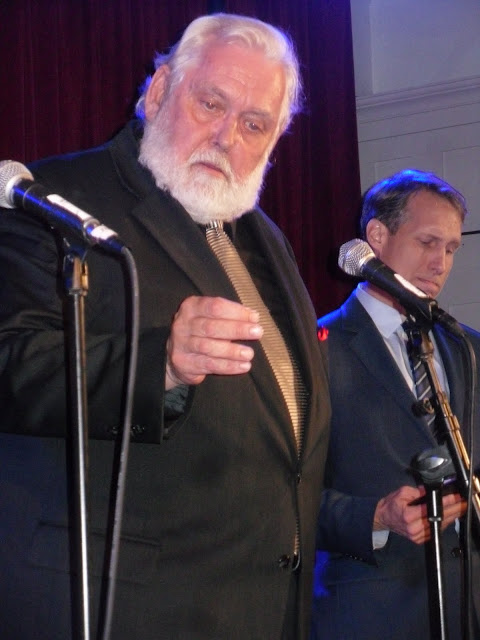 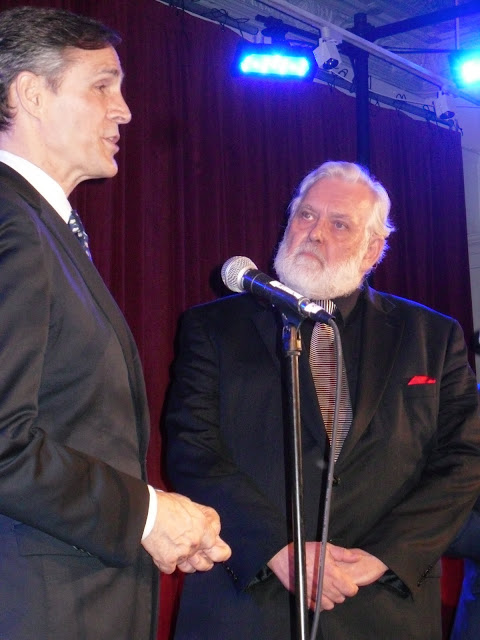 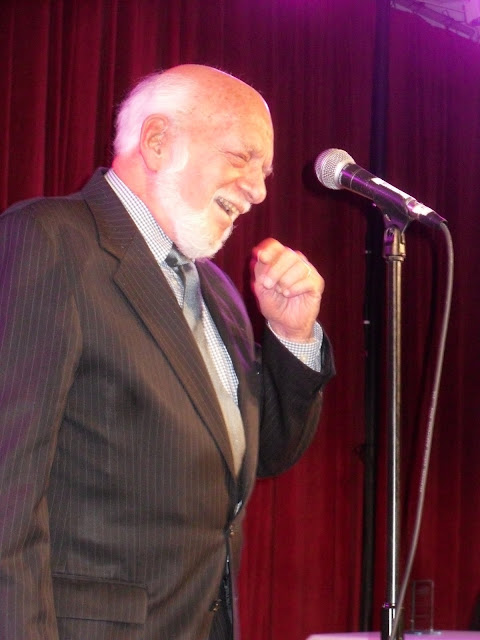 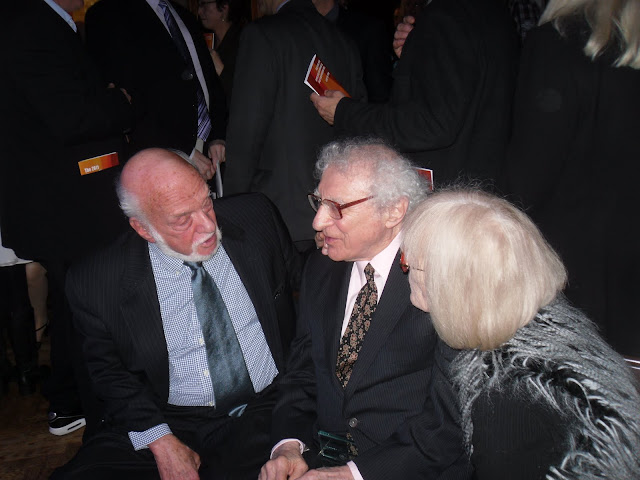 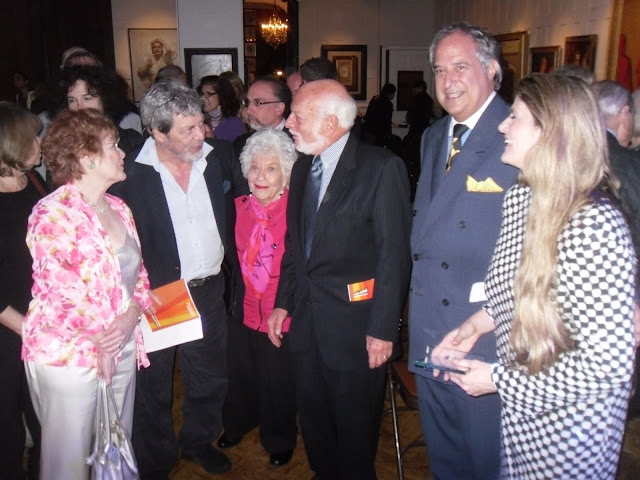 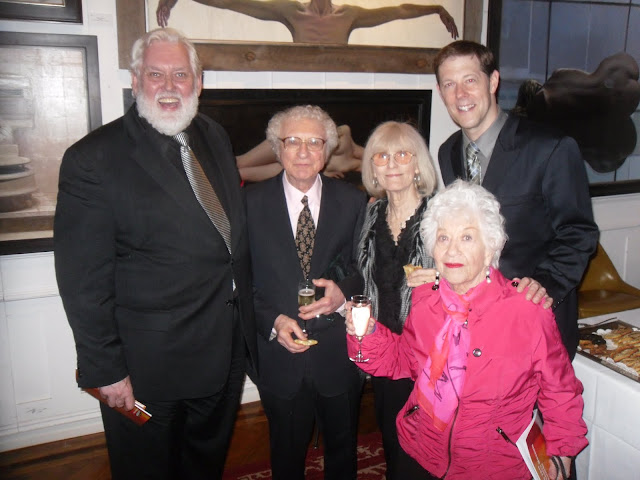 It was a great night. I'm so glad I went and so very, very proud of Jim. In many ways, our living in Los Angeles kept Jim "hidden" from the New York of his youth -- and it's thrilling that, with our move back to the east coast, he's becoming an "overnight star" who is more than capable of carrying on the Great Tradition of Broadway.

I always knew he was a star. And now the rest of the theatrical world is discovering it, too.
at May 25, 2011