Meredith loved Jimmy and hung onto to him every chance she got and what a big kiss !!!

It's true. She was a giddy school girl in love! 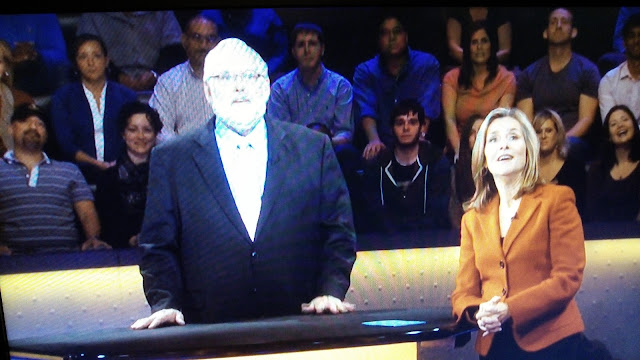 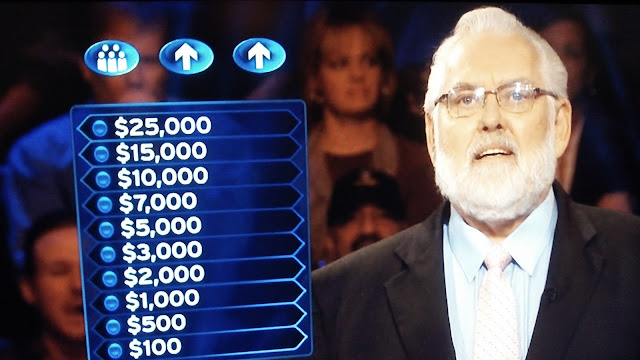 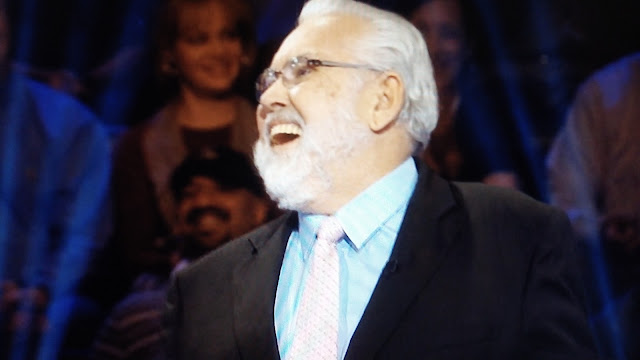 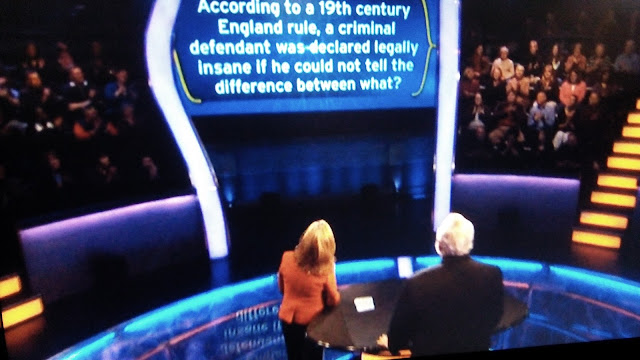 And the Raisin dance! 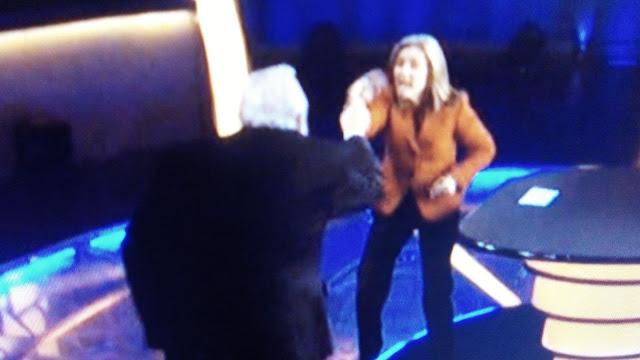 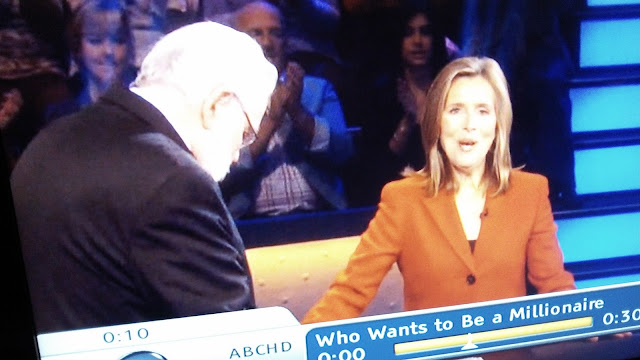 And he felt totally mortified that a question about a playwright stopped him.

He said on the way home, "I feel so stupid. Neil Simon wrote a play about Chekhov called 'The Good Doctor.' I knew this! And now I'm sitting here thinking about what they're going to say about me on All That Chat. I'll get crucified." I told him no he wouldn't. That people might poke at him and laugh a bit, but everyone knows that the tension of the moment -- in the spotlight -- drains the brain of all its blood.

He said, "It's truly like an out of body experience. The board with the questions is really big, and your brain doesn't quite take in what it's seeing. Not like a home."

Ah, but this question! Like Einstein forgetting how to do simple math. And it's a secret we've been keeping ever since it was taped back in October. The shame, the humiliation.

(One person there noticed it and made a comment, but then said it wasn't meant in a catty way.)

On the other hand, you can't argue with this: 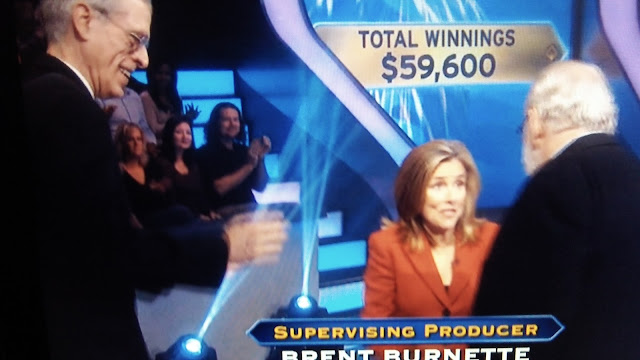 As for his performance on air, I think he's really likable, totally at ease with himself, funny and engaging.

As good a stage actor as he is, he's TERRIFIC on camera. He's spontaneous and witty. Come on, big time producers! Youse gots a star here, ripe for the picking!

He hated the beard, though. He needed it long and kinda ragged for "Zero Hour" (which he did in San Francisco that month). Now it's trimmed back a bit for Sheridan Whiteside, the most perfect role ever for Jim Brochu. (He gets to sit in a chair the whole time, devising chaos).

One friend was amazed at how well he knew the rules of the game, and how quickly he made his mind up on the questions. Well, Jim loves games. And he has watched "Millionaire" relentlessly.

It occurs to me that his love of games has changed both our lives (I love games, too).

It was through Backgammon that we met Lucille Ball. It was through charades that he sang along with Liza Minelli, with Stan Freeman -- or was it Michael Feinstein? -- on the piano.


People genuinely like Jim. He laughs easily and has a fantastic sense of humor. I think it comes from always about around witty, educated adults when he was young. He picked up the old school art of conversation, which is really about being at ease with yourself and keeping things light and joyful.

Of course, my side of the story is that I make Jim likable by being the sweet little Baptist boy which leavens the blackout cake of the New York Brooklyn boy.

And yes, when they asked me how I "was," my true answer was, "TERRIFIED!" Oh, my gawd, I was gripping my hands together tightly, and they were sweating. My heart was thumping. And I was so proud of him. He really came off as intelligent and fun.

Okay, Miss Vieira, I'll be keeping a close eye on you. I know you said you're coming to see "The Man Who Came To Dinner." Bring it on, bitch!

Great job guys! I am so glad that I got to see the very end of the show!

You have the charisma of a major star but then again, you ARE! Great job yesterday!
Richard Skipper

You both looked great! I was so excited for Jim and was it just me or were there quite a few questions about 'the theatre'?
I took the test for this version back in Omaha but didn't make it very far.
Make sure you buy yourselves (and Steinbeck) something nice.
The girl that was on just before him him made such a big deal about practicing with her mom and then didn't even listen to the question.