I will be at the opening of TLS in London. 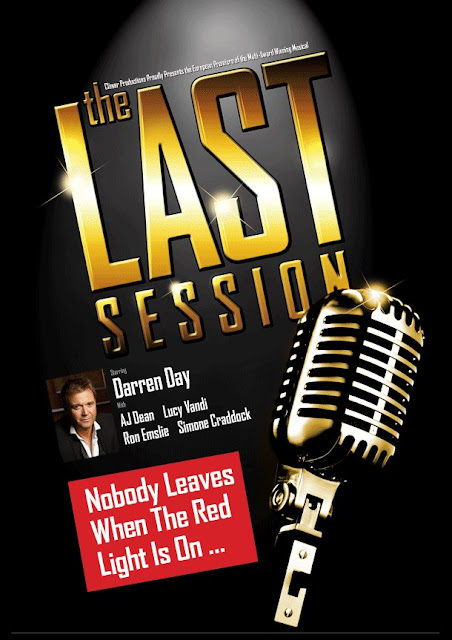 Despite everything, I will most definitely be at the opening this coming week of The Last Session in London. If you are a reader and you live in London, find me! I'll be at the Tristan Bates Theater on Monday for tech, then Tuesday afternoon for the dress, Tuesday night for the first preview and Wednesday night for the press night.

My phone doesn't work there, so I can't give you a phone number.

The reason I'm able to go is due to the generosity of Fr. Jeff Hamblin and the members of the congregation of Christ Church Bay Ridge, who pitched in to buy me a plane ticket. And to the producer Rob Harris for giving me his couch to sleep on.

Let me just say, here, how much I love that little congregation in Bay Ridge, Brooklyn. They are the kindest people I've ever met, and it's a privilege to donate my services as composer there. Thanks to my mentor, Mark Janas, I've been furiously engaged in composing a Mass in Latin, which we will debut at some point. It's a project I never thought I'd have the capacity to do. But with their encouragement and love, it is happening.

To say that this production in London is beyond my wildest dreams doesn't even begin to state how grateful and proud and honored I feel. I honestly thought our little show was dead, that its time had passed and that nobody cared anymore.

But if you're in London and you see it, you will be absolutely stunned at the brilliance of this cast, director and creative team. These five actors are as good as, if not better, than any cast that has ever done this show -- and we have had some ridiculously great casts. When I saw them earlier this month, I was completely blown away by their commitment to the piece, and by their extraordinary talent.

So, this is a little thank you to my friends who are sending me, and to this cast who is about to explode onto London's theater scene.

BTW, there have been some interviews here and there, and it's clear that nobody in the London media knows the show or has ever heard of it. For them, it's like a brand new show.

As for me, with all my difficulties lately, I need this. I am looking forward to be renewed in mind, body and spirit. Those songs are as personal and as intense as anything I've ever written in my life. And to know they're in such safe hands is the icing on the cake.

And I get to be there. It will be better than any medication and any hospital.
at September 23, 2012

Safe travels and 'break a leg' toteh cast and crew for the final rehearsals and opening.