Jim and Steve Do The Travel Show.

Jim said, "Let's go down to the travel show at the Javits Center," which is near our home. "Okay," I said, not knowing was a Travel Show was. To get there walked down 11th, which is almost to the water on the West Side of Manhattan. I was a cold day, but not too bad. He wore his beret. 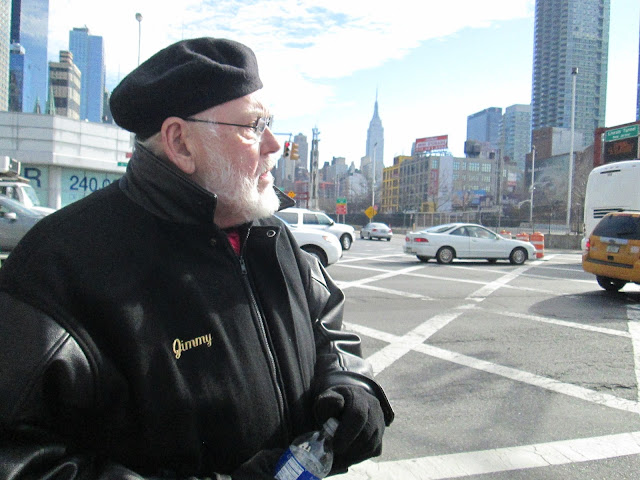 I wore my South American cowboy hat, of course. Here I am in front of the Javits Center: 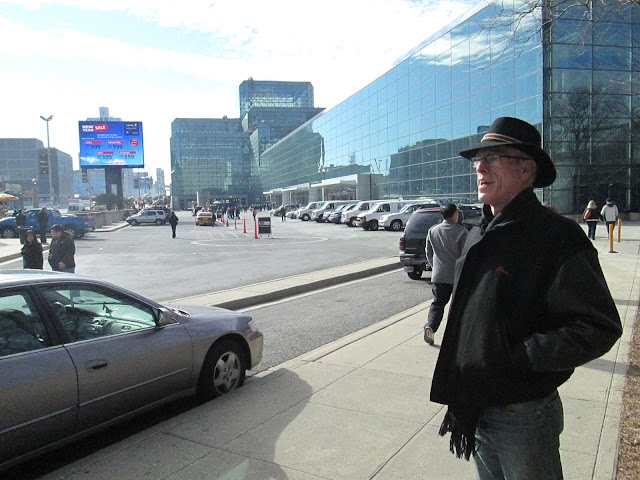 Inside, Jim found these two guys in Cunard outfits right at the door. Both of them are actors, I think. So, here ya go, guys. A little blog love. 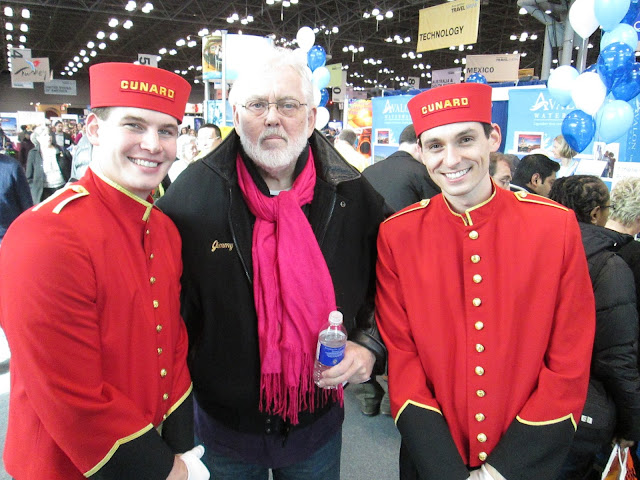 We got into a line where this girl was spinning a wheel for free prizes. At that moment, Jim remembered that he and his boyhood pal, Joey Moresca, used to go to travel agents and get brochures and act like customers. Since his apartment building in Brooklyn overlooked the river, he could see all the big passenger ships come in and out. 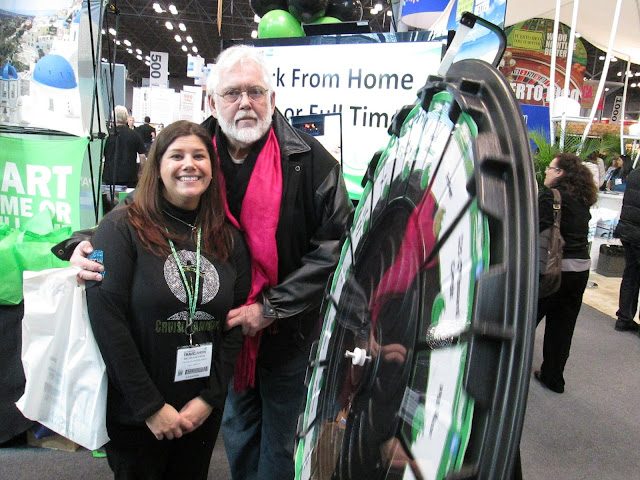 Guy explaining things to do in Curacao. 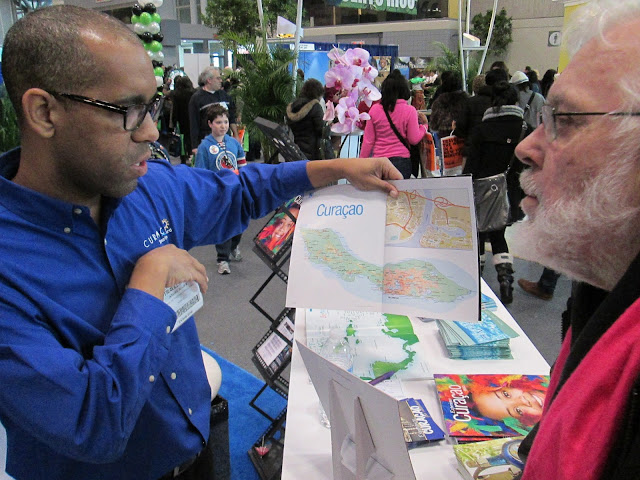 I loved this big Russian booth. Just down from it was one for Israel. "Find the Israel in you." I thought, you know if the world could be like a big travel show, it would all be so peaceful. 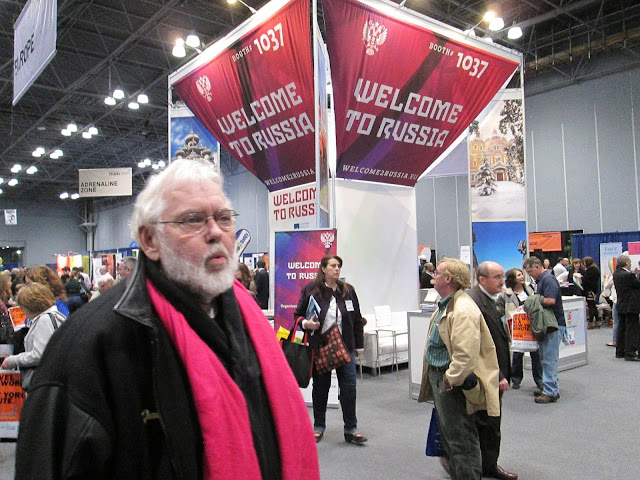 Sea World was promoting a new attraction: Antarctica. Jim was disappointed. He wanted to brag about having been there already. 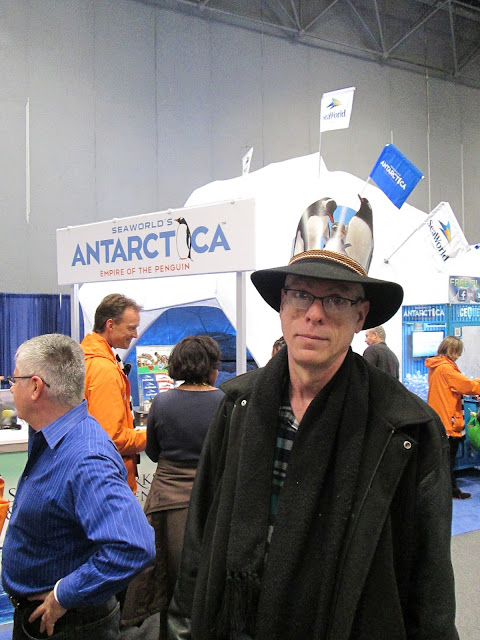 He did, however, manage to talk a girl in the Bali booth a chance to wear the crown. 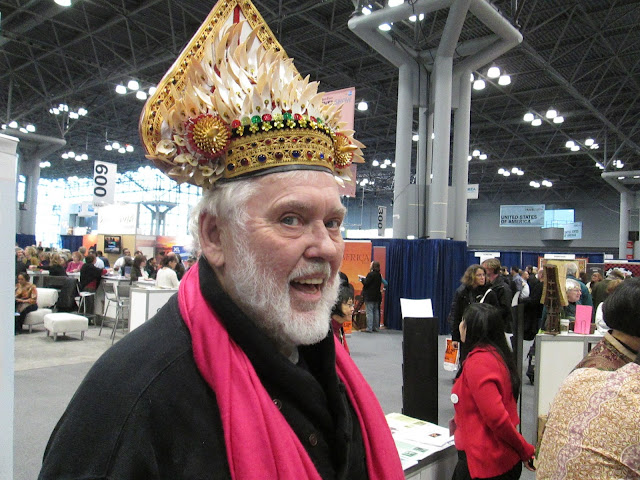 In Uzbekistan, I sat on a little throne. 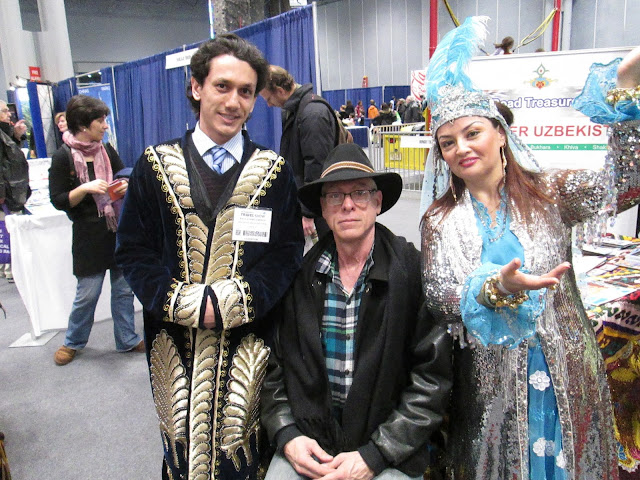 As you can see, the Javits Center is really large. A woman from some credit card took our picture, after which Jim told the next customer that she was his ex-wife. And she played right along. 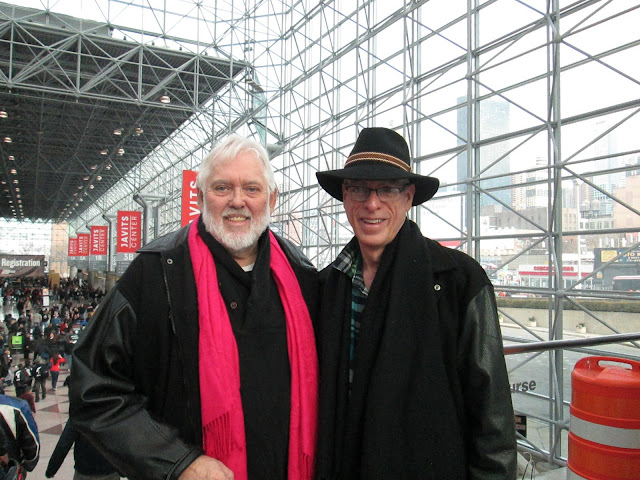 I love this! And yes, I do believe those bellboys look familiar...I think I saw them at my last EPA...;)

Like I said in a post to Jimmy, even though I rarely get to see you guys anymore, I am SO glad you moved to New York. It is such a better fit.