She asked me very apologetically, "Would you mind going out to Queens and helping me pick out a piano for my new apartment?"

There is no more sacred duty in all the world.

"They're having a warehouse sale on Steinways in Queens. I hate to ask anyone."

I could try to put my love of pianos into religious terms, but who needs another religion?

I could try to put my  personal depth of feeling that I have with every single one I've ever played, including the sad, broken piano with only 10 good notes at a youth center in Columbus, Ohio -- or was it Cincinatti? -- where the sad, not yet broken glbt teens lined up to hug a very hubbable Martha because they had never met a mom that loved their gay kid before.

But if I expressed the true depth of my personal feeling about each piano I meet, I would sound like a pervert.

I walk into a room and, if I see a piano, everything else in the room disappears.

There she sits. A virgin to my fingers. A virgin to my ears. No matter how many men or women she's allowed entry before, I see only an untouched landscape of richly emotional places to finger.

See what I mean?

But that's actually what I feel. I want to touch her so that she makes a sound. And I want it to be the most tender, honest sound she's ever made.

Every piano is different. A splinter here, a well-worn pad there. All affect her sound.

And somewhere in the midst of all that is the sweet spot. Where she sounds so much like herself that she is the most beautiful of all. Because no one else will ever sound exactly like that.

You feel it in the gut. It's pours from the interior of the instrument as you tune into the perfect set of vibrations. Totally scientific, I'm sure. And yet, something else.

For me, a song is usually born. I want every songwriter after me to know I've been there. Oh, they'll try to co-opt the sound for themselves, but it won't work.

She and I will have made our mark together.

Do you have any idea what "Imagine" sounds like when you're playing John Lennon's Imagine Piano, the most expensive piece of rock memorabilia? Like you never heard it before.

Help her pick out a piano?

Off we went. Rainy day. Since she didn't know I would bring a camera, I won't embarrass her by showing her face. I'll just say that she's a good friend of ours. (Click on pics to enlarge). 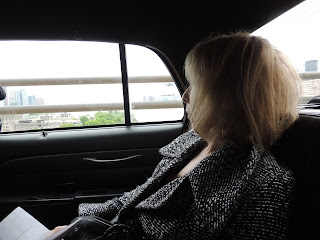 It was a rainy day. We took a taxi over the bridge. 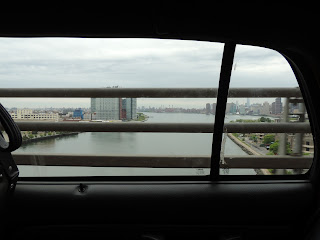 Over the East River. And through winding roads, Steinway & Sons with their old fashioned doorway. 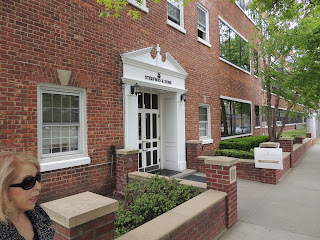 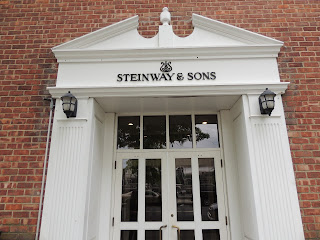 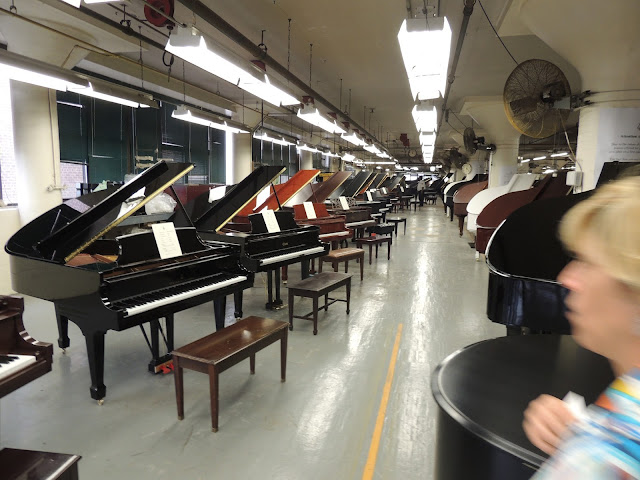 We weren't planning on spending a lot of money, but we couldn't resist playing around on this brand new one. Jane plays! She whipped out a sheet of classical music and totally went to town. Who knew? 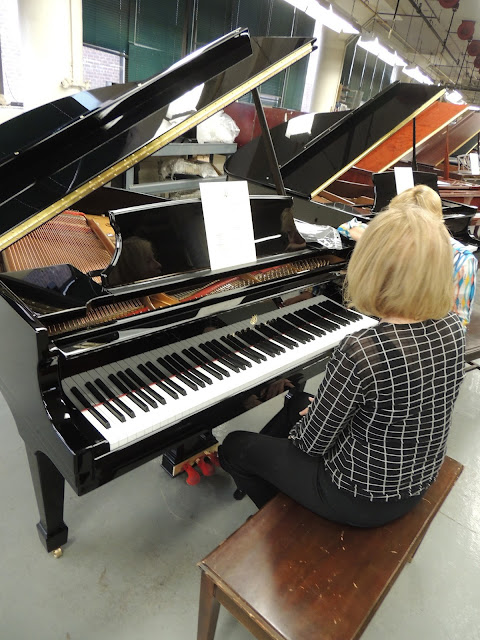 Anyway, we were going from piano to piano, just trying each one out. Some we hated. It was a mix of off-brand pianos like Boston or Essex,made by Steinway, inexpensive for beginners. I found one of the Boston pianos to be quite adequate for her purpose; enough to fill her new apartment on the east side. 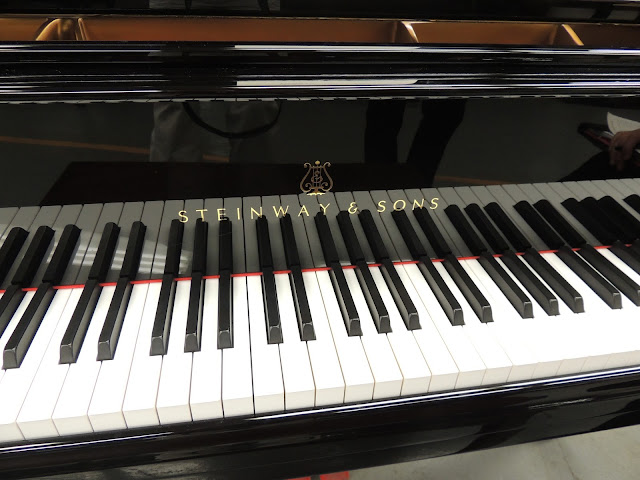 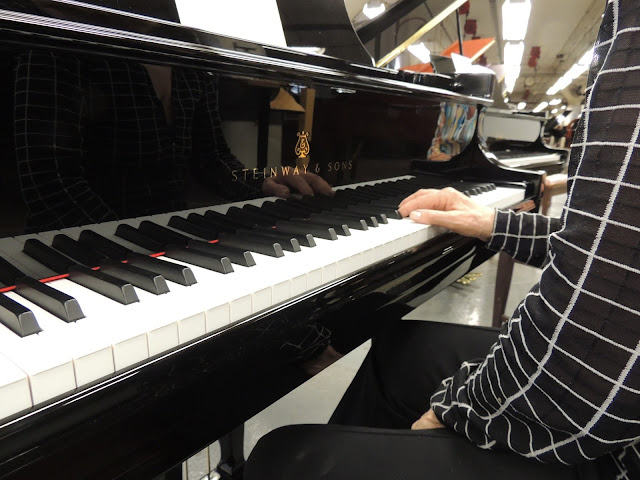 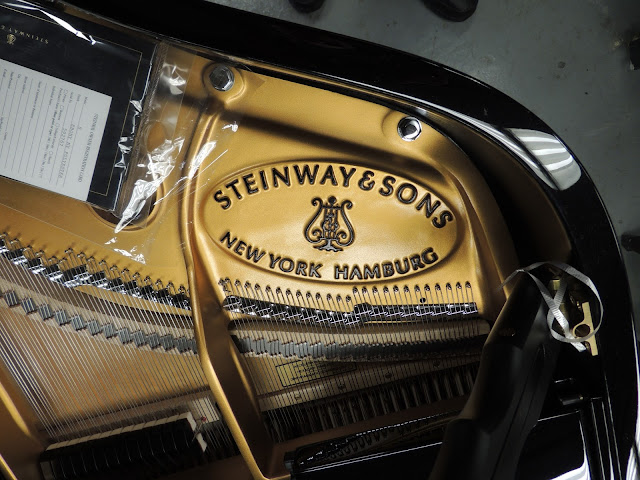 Then, as she was playing, we heard other pianos being played. One sounded pretty good. We looked around and saw it was a kid about 11 years of age with his mom. We asked her if it would be okay if he played the Steinway, partly because he actually was good, but also because Jane couldn't hear it if he was playing another piano elsewhere. The cacophony was too Ivesian. 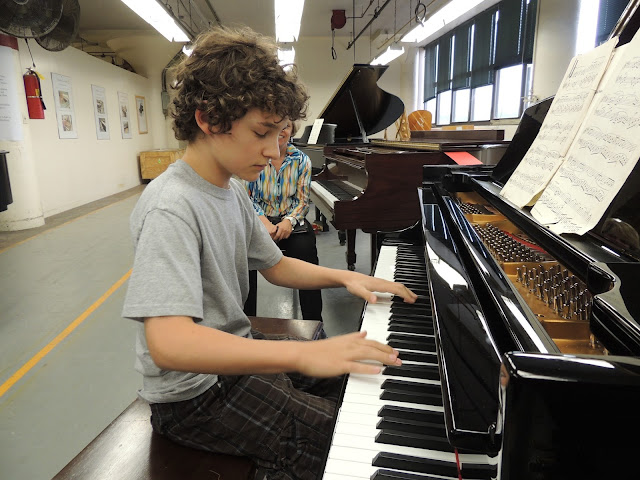 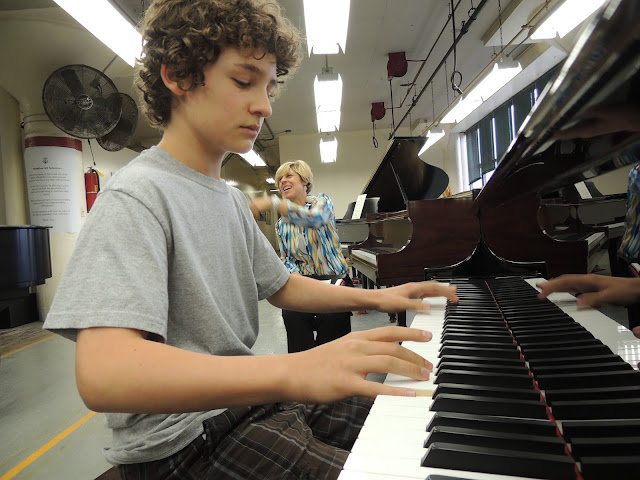 It was the best day ever.