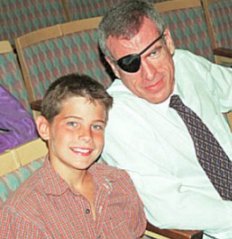 There were three of us. Bill Goffi brought his guitar.

And we were joined by a friend of the Bonus Round who was 12 when we met back in 2001. He had called me last week, asking if I remembered him, and that he's in town now. Aspiring stand-up comic. I told him I think of him as family and that he should just show up to the session on Tuesday. For a man who is theoretically childless, I have a lot of children. (His story is below).

After weeks of rehearsing and preparing, but only to make sure the songs were really in my fingers and blood -- you really can get over-rehearsed, I played and sang through 13 songs. It was thrilling. It was exhilarating.

I slept the rest of the day and most of the next day, though I have kept up my training. Every day, without fail, I've done my roadwork, no matter how badly I would rather be sitting here writing a blog entry about it.

(After the session, the three of us were sitting in Blossom, a vegetarian fast food place. Jim unexpectedly walked by, saw us and snapped a photo. 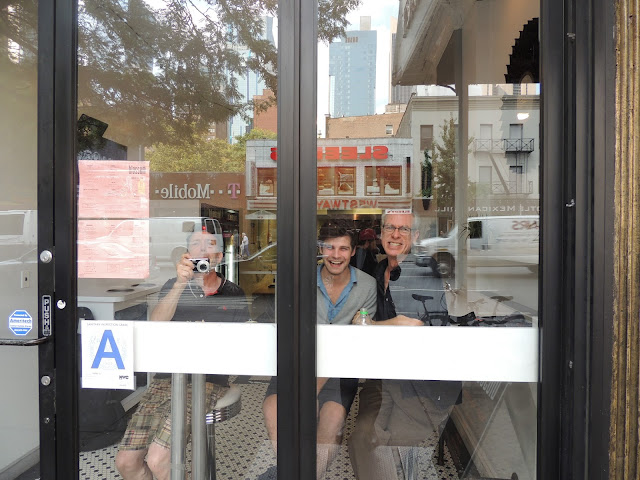 Then, he came in.


THE ALEX BONUS ROUND STORY:
Alex Thomas and I met when he was 12. I was in Columbus, Ohio, singing a concert at a hospital. I remember a small stage. I remember many people were wearing lab coats and uniforms. And, as I was writing this, I remembered that it's all documented in the original Bonus Round diary: July 16, 2001.

Sarah Glaser, a social worker there had organized the concert. She had come up to me, "I have a little friend who would like to introduce you. Dressed up as Linda Richmond." [The Mike Myers character from Saturday Night Live who loved Barbra Streisand.]

What? I'm gonna turn that down? I won't embarrass him by posting his Linda pics. But I think it's great that he had that kind of chutzpah, even back then.

Anyway, he called me last week and asked me if I remembered him. I told him to show up at the studio and we'd hang out a bit.

And that's how the session went. I am very happy with the result. Next step is mastering.
at August 22, 2013