A Thought From Last Night.

Last night, the "Boys from the Book" (The AIDS Generation: Stories of Survival Resilience) and I, along with the author Dr. Perry Halkitis, sat in front of some very interesting people and talked about our lives as HIV Positive older gay men at a very gay bookstore called Bureau of General Services -- Queer Division, which was upstairs on a very dark street in Chinatown, or near it.

It was our second or third time to do this, so we never know what we're going to talk about.

For instance, one of the guys felt a little angry and "left behind" by gay culture. One talked of depression. All talked about how we feel like survivors of a war. The PTSD stays in the background and never goes away. And that goes, as everyone agreed, for those who were not HIV positive.

An entire generation of really bright and handsome and meaningful men all died, and we stand battling on against the side effects of the medications.

One man from the audience said he worried about getting older, that his parents went through -- or are going through -- hell. He said, "At 54, I wonder if I should decide when and where to end it. I don't want to die like them."

One of our guys said he totally understood the feeling, but that it almost angers him to hear someone who is healthy talk about ending their perfectly healthy life when he fights every single day to stay alive.

As I recounted the time in 1995 when I "knew" I was going to die -- and how it energized me so much to run for the tape, finish the songs, put a show on a stage -- I said I realize how often, now, I try to put my head back into the space. Even though I was there, I don't think I live my life now as if it's the last one I'm going to get to have.

But when I do, when I remember that energy and see that curtain coming down, feeling the approach of the end of something, it makes me very happy. It means I have accomplished something and that something bigger is on the horizon.

I met a young man afterward who asked me about all this positiveness, etc. He asked me, as a young musician, what should he do next? Since I don't know what to do next, I have no idea what to tell anyone else what to do except to realize that you're alone in this process, meaning it's not like school, where you know where to go and what to do, you have to figure it out for yourself, which begins with realizing that you have to figure it out for yourself.

I told him I was the University of Steve at New York. I had to find my faculty. But to get my faculty, I had to be of service. Happily, the service is to a music program.

It was fun seeing the Boys from the Book again. That's not an official title, by the way. But it's kinda catchy. 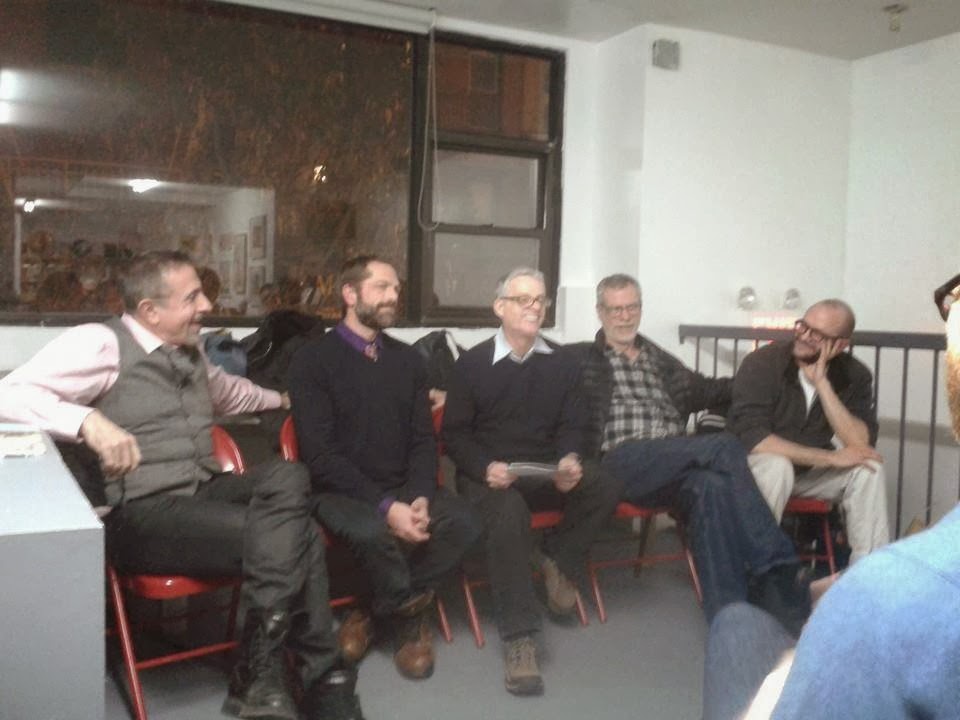 How amazing it is to be alive.