I mentioned, a few posts ago, that First Angel Don Kirkpatrick, had died. A couple of days ago, I learned that Louan Gideon had also died. Louan got short fame on a soap opera, Search For Tomorrow, thanklessly coming in to play a role that had been the property of another actress for a very long time -- in a story where they ended the series by flooding the town.

In a way, I didn't know Louan that well when we worked together, even though I was serving as musical director for her and her then boyfriend, Chris, in an act they called Taylor and Cole, a kind of girlfiriend/boyfriend Donny and Marie act. I didn't really lead the band. Chris did. All the arrangements and show ideas were his. The money was his, though I don't recall we were paid all that much. We lived on the road.

We being the band, consisting of myself plus four teenage boys -- I was in my late-20s about then. Even at my age, I was still new to the world, so we kind of discovered partying on the road together. I only gave them one rule. No getting high before going on stage.

We kinda thought the Vegas thing they were going for was stupid, but, as musicians, we liked having a gig, and were really communicating and learning how to play together. I was never one to learn "parts." I'm a jam musician. It's rare that I ever play a song the same way twice, so I probably held us up when it came to playing top ten hits and stuff, which we usually had to do between shows (that featured "Loren," which is what Louan called herself back then, and Chris). 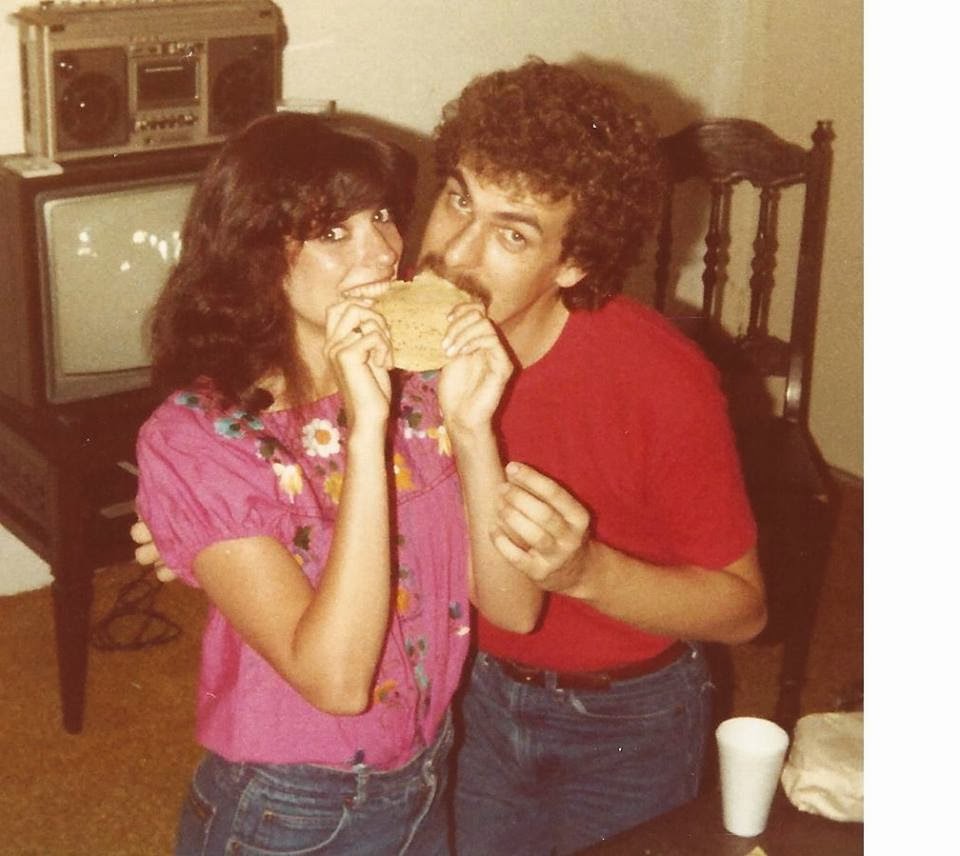 We were just the hired hands with rock and roll dreams in our eyes, the boys and I.

We even made up band names and recorded demos of songs I wrote, only a few of which exist. It was long before I found my own musical voice, so the results are kind of lame. No two songs are in the same genre. I was probably trying to sound like whatever was on the charts. Looking back, I can see me teaching myself how to write, through each successive demo. But, at that time, I'm not sure I had that much to say.

And that's the thing about songwriting. It's good to have a point of view and something to say. Me, I was lost. I had no idea where my life was going, or what I was going to do, but I could play music. And I could do some living. It was an adventure and we created our own little community.

This was the early 80s. AIDS was not on my radar at the time. Living on the road -- pre-Internet -- I had very little contact with the gay world except for me and boys ( all straight) hitting the gay clubs after the gig. (Easier to pick up girls at a gay club).

We lived separate lives, though we shared hotel rooms. They weren't interested in the rock musician life style. And, frankly, that arrangement suited us, too. Gave us some privacy.

But, because of them, I met Ozzy Ozbourne and smoked a joint with Randy Rhoads because we were the lounge band in the hotel in Beaumont, Texas where they were staying. One week before he died in a plane crash. (Spooky story involving a hotel burning down. I've told it before, but I can't find it).

One thing I loved about Louan, she never stopped trying to learn new things. One week, it would be the banjo. The next week, the drums.

Long after the band had broken up, she found me again when she saw the marquee for The Last Session on Sunset Blvd. in Los Angeles -- with Jim's and my name plastered all over it. She was, at the time, learning to tune pianos. So she came over and tried to tune mine. Not that successfully, but it didn't matter. I knew she'd be on to something new.

She caught up with me again on Facebook a few years ago. She had had breast cancer and, after chemo, had written an Amazon Kindle book showing women how to make different wraps when you've lost your hair.

I didn't know she had gotten sick again. Suddenly, in my inbox this past week was a notice: Check Louan's Facebook page. She has passed.

I was shocked and saddened by the news. It brought back a flood of memories of a difficult but very happy time in my life. I loved being in a band. And I love making music with other musicians.

Here's to you and your indomitable spirit, Louan Gideon. I'm gonna miss ya.