The first time I saw her was on the bus from Newark airport. I saw that skyline and something inside me said, "Home."

In Buna, Texas, where they didn't even have a stoplight (but did have a blinking yellow light where the highway cut through), the day of the week I loved most was the day the comic books arrived at the drug store. Back then, I think it was a Wednesday.

I know this sounds very 30s depression-era, but the truth is that Buna really was that cut off from the rest of the world -- especially in a pre-computer era. Many of the older folks there refused to follow daylight savings time. Many didn't believe we got to the moon.

As that bus got closer and closer, and the towers of lights of the City began to loom over me, I naively felt protected. That this was my city. And, yes, I'm a terrible romantic. 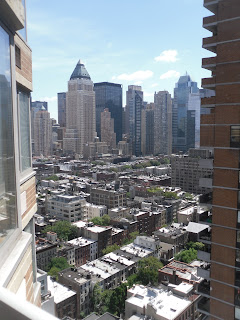 All through high school, I felt lost in piney woods since I didn't grow up there. (As a preacher's kid -- a PK, we moved several times during my childhood. I was a sophomore when we got to Buna. I was actually raised in southern California. I wore a "hippie hat" and moccasins to prove how cool I was).

But, aside from being a newcomer/outsider, I was also discovering/suppressing my sexual orientation, watching the straight boys and girls have romances and sexual encounters, trying not to look at hot guys, and feeling constantly under scrutiny. No one ever threatened me, but I thought if anyone found out, I'd be dead. ("You got a purty smile.")

(Ironically, I could hide behind the very Bible that supposedly condemned me. I took it to school and fended off danger as if protecting myself from vampires. I never had a drop of alcohol or touched an illegal substance. Never danced or went to clubs.)

So, though I might have been walking backwood country roads, in my mind, I was flying down concrete canyons with Spider-Man. I wondered if the Baxter Building, which housed the Fantastic Four, really was a place. 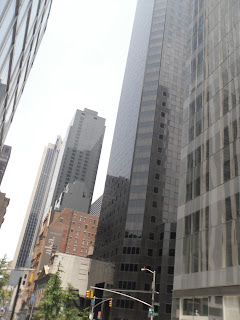 When I finally arrived, I was so excited, I couldn't sleep. The city does vibrate with energy. You can hear it and you can feel it.

I slept on a couch. Waited tables at a seafood restaurant on 76th and Columbus, got a job at a piano bar even though I didn't know a single standard or Broadway tune.

A couple of hustler bars. Some Italian restaurant where the owner tried to get me to do lines of coke and go look for girls. But there wasn't really a future for me in cabaret. I'm not entertaining in that glitzy kind of way.

I burned myself out, eventually, and was saved when I got the ship gig with the Galileo. Which is where I met Jim.

It feels different coming back now, but this time I think I'm not quite as naive. Or maybe I am. I still have this simple-minded belief that I can "take" this town.