Out of The Silence Project

Red Bow White Box - Out of The Silence: A calligraphic event spotlighting bullying.

The “Out of The Silence” project was born in late January, 2012, when Sally Penley attended a PFLAG*-sponsored event in Olympia, WA. The concert featured The Righteous Mothers and Steve Schalchlin, a New York-based singer/songwriter. Sally was so moved by Steve’s lyrics about his own life experience, The Righteous Mothers’ messages, the plight of gay youth and, more specifically, the issues of bullying and teen suicide, that she decided on the spot to figure out some way to help and lend her voice to the cause. She knew she couldn’t be silent.


After the concert, Sally approached Steve and told him she’d like to organize an art exhibit featuring his lyrics and some meaningful quotes on the issues, translated into powerful visual art. He liked the idea and contacted her when he returned to New York, suggesting that she meet with Gabi and Alec Clayton, parents of 17-year-old Bill Clayton who committed suicide after a gay bashing. Gabi and Alec were warmly receptive, gave their blessing to the concept and offered to help guide the effort as we move forward. 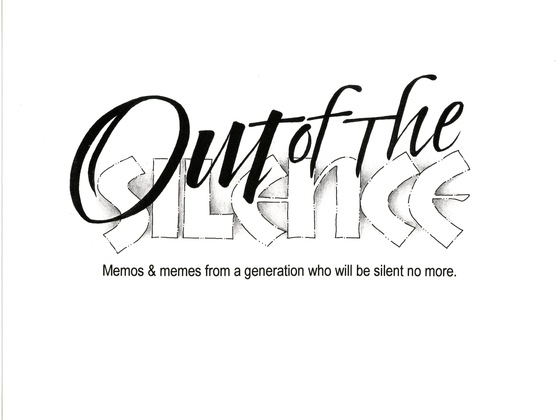