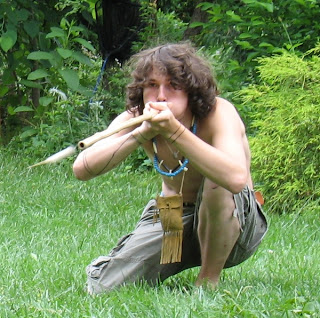 The bad news is that, upon follow-up, there is still blood in my urine. Dr. Tony says it's time to change my HIV meds, which will happen this week. I've been dreading it because I've been successfully using Atripla -- a three-med "cocktail" -- since it first came out. But, as I blogged before, one of those ingredients, though effective against HIV is, in his words, "a little poison dart to the kidneys."

The new combo will be two pills. One containing two meds and a third in the other pill. The thing about these pills is that they are a continuous form of chemotherapy. The side effects of which are slightly different for each person. I don't know how they'll react in my body. I dread it. But it's inevitable.

In DC this week, for the first time, the International AIDS Conference is in the U.S. -- held back all these years because of some stupid law (enforced by the evil of a racist, homophobic bigot American legislator named Jesse Helms, who had an ongoing affair with a black woman, who has now been removed from this planet by the God he pretended to follow) that prevented anyone with HIV from entering our country. A policy that lingered long past his overdue demise.

But the good news is that my blood sugar levels plunged down to normal range. My endocrinologist said it can take up to a year for the A1C to do that well. Mine went from over 9 to just over 6 in only a few months. He told me, "You're my best patient."

I love being the best patient.

When I started to write this blog, I realize I haven't posted in almost a month. For that I apologize. But during these dog days of intense heat and humidity, it feels like there's little to report except that I've been eating as well as I can, exercising... not at all. My one failing.

Also, with the announcement of the revival of The Last Session in London, the producers have been furiously casting, and sharing with us, the possibilities. We will have news soon. It should all be tied up within the week.

So, think about me ingesting these new meds, even as I think of the many in this world who do not have access. Send a little prayer our way. And while you're doing that, I'll ask forgiveness for my ugly thoughts about certain southern dead legislators. It's never a good thing to cast negativity into the world. But I'm as human as the next person and sometimes it's better to just get it out.