Hand Me My Quill.

A couple of weeks ago, Father Jeff Hamblin announced to Christ Church of Bay Ridge, that I have been appointed "Composer in Residence." A friend of mine said he pictured me in a monk's robe, walking the campus, scroll and quill in hand, gazing off into the distance. (It's an honorary position that means I write songs and we sing them, but I love the title. It'll look great in my next Playbill bio.)

Knowing all this, some of my Baptist friends have asked me if I've turned Episcopal. My secular friends asked me if I'm turning into Pat Robertson. IOW, have suddenly got religion? Am I a pious monk wondering the campus? Or am I the same lovable heretic I've always been?

Given how strongly I rebelled against my Baptist upbringing -- sorry mom and dad -- I was actually stunned when, just after writing the songs that became The Last Session, I was invited to sing in a church, after 25 years of staying as far away from them as I physically could.

All I could do was look at them and say, as humbly as possible, "I don't know if I even believe in God anymore, but here is my story." And then I would play my songs, and somehow, we all connected.

I've been singing in theaters, clubs and churches. I'm honored to know that Fr. Hamblin wants me to write -- or should I say "compose" -- for the congregation. The good part is that we can do this -- and then I can post the sheet music online at Watchfire. They'll be congregation-tested!

But, getting back to Christ Church, Bay Ridge, I'm getting the best kind of education, both in music and in the history of Christianity. Father Jeff really loves the traditional rituals. He knows the name, and can sing you, just about every song in the hymnal -- most of them I've never heard of. Mark Janas is one of the best musicians and musical directors, and composers in New York.

And so many different kinds of applications. For instance, this past week, we held an Easter service on Thursday night, Friday night, Saturday and Sunday. Each one had a different theme pertaining to the timeline of the Last Supper on through the crucifixion and resurrection.

The most interesting one, for me, was Saturday night. All the church lights were off. By candlelight, we sang and chanted stuff like "The Litany of the Saints" where names of old dead saints are raised followed by "pray for us." It was so haunting and weird and, yet, kinda beautiful. I felt transported back to a day and time when people lamented.  (Does anyone lament anymore? That might be an interesting subject to explore).

And then there's a knock at the back -- or was it three knocks? -- and the cross, draped in black makes its way up the aisle, slowly being disrobed until the naked cross stood revealed. Fr. Jeff said to all, in the sermon, "Remember, He rose in the night!"

It was so theatrical!

One good thing, for me, is that the scripture readings for ALL the churches are posted online, a year in advance. So, I can look ahead and write songs that relate to the lessons.

But I'm seeing now that it's not just about matching sermon subject matter. It's about learning all the complex traditions.

Sunday morning was spectacular. We have a horn section. Plus, we had a bass and drums over by the piano for when Jake and I sang "My Rising Up" with that sensational choir behind us.

Having been physically pulled from the grave a few times, I do relate to the concept of rebirth. For me, it's something we probably all should do on a regular basis. Plus, giving yourself a mental rebirth and permission to start over and try again? It's free. And it's all in the mind.

Being a Composer in Residence means I know these things.

P.S. I've been told that New World Waking might be soon performed as a Sunday morning worship service in a prominent church. It wasn't my idea, but who am I to stop people when they're finally doing something sane? It's about time for us to do it again here in New York, too.
at April 26, 2011 No comments:

A Benefit for Animals May 7 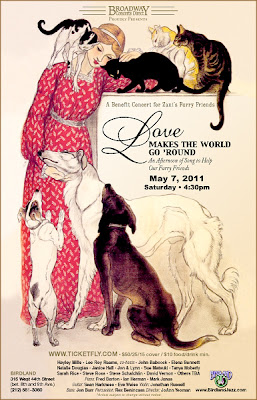 II will be singing "Rescue" in this benefit concert on May 7 here in New York at Birdland.
Hayley Mills and Lee Roy Reams will co-host Love Makes the World Go 'Round, a benefit concert to be held on Saturday, May 7 at 4:30pm at Birdland. JoAnn Yeoman will direct the performance, which will raise funds for Zani's Furry Friends, an animal rescue organization.
Among the artists scheduled to appear are Elena Bennett, Carole Demas, Natalie Douglas, Rich Flanders, Janice Hall, Jon & Lynn, Sue Matsuki, Tanya Moberly, Sarah Rice, Steve Ross, Steve Schalchlin, Richard Skipper, Julie Wilson, and David Vernon. Additional casting will be announced shortly.
Zani's Furry Friends saves animals from euthanasia in the city's shelters, gives them medical care, and finds adoptive owners for them.
For further information and tickets, click here.
at April 23, 2011 No comments:

It was when he said he loved Creedence that I knew Michael Rawley was going to be just FINE playing piano and acting in the role of Steve in this summer's Canadian production of The Big Voice: God or Merman?, said role based on the true life adventures of your favorite pioneering AIDS blogger.

We didn't have a keyboard available, so we sat in this conference room along with director, Sarah Quick, going through the score.

I was trying to more or less describe each one. (The opening number "Why" is based on the bass line from "Can't Hurry Love" by the Supremes, "I Want to Make Music," is a straight ahead ballad, etc.)

It was about four songs in that Credence came up. Maybe it was when I said he could play "James Robertson" as if it were "Have You Ever Seen The Rain?" That led to a long discussion about our love of All Things Fogerty and swamp music.

Then he made me go back and look over every song, asking me to connect them to Credence songs, not that I had any of them in mind when I wrote the score. I don't really think that way when I write. I play something, the music comes and it's there in front of me.

Altogether, we had a GREAT time. I have a feeling he's gonna be terrific. And what's even more amazing, he is doing the show with HIS life partner. So, they're a real life Jim and Steve!

INSIGNIA, the select group of singers from the Miami Gay Men's Chorus will be performing New World Waking this Sunday, April 10th, at St. Stephens Episcopal Church. See the story in Steve Rothhaus' column in the Miami Herald. Go get tickets now!
at April 05, 2011 No comments: 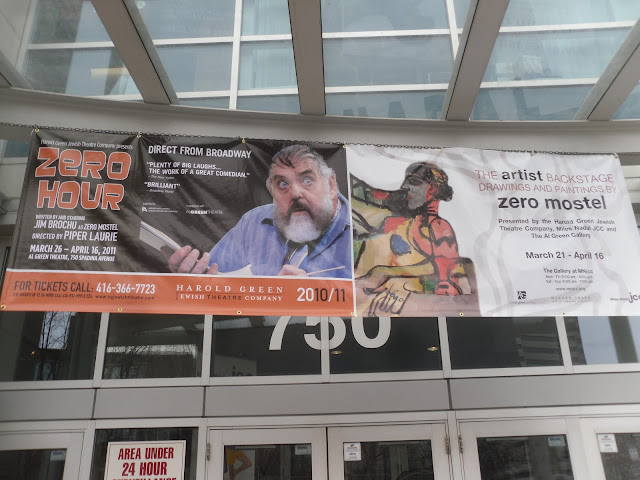 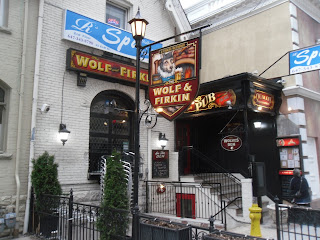 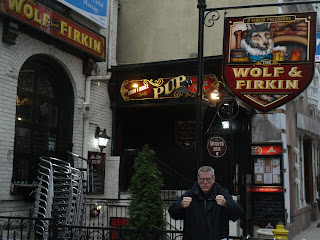 I'm in Toronto for a few days.

Visiting Jim doing Zero Hour here, and also meeting with the "Canadian Steve" from the upcoming summer cast of The Big Voice. Pics to follow soon! I learned yesterday that the cast consists of two guys who are also partners in life. How cool is that?
at April 03, 2011 No comments:

I'll be heading out into the cold and rain this morning to get new blood tests, with the results coming in next week. The immediate goal has been to get my A1C (base glucose) down in the normal ranger. It had creeped up over 9 during the past year, which is why they sent me to the endocrinologist, who put me on the night time dose of insulin.

I did overhear my two doctors discussing the situation, though:

At least, that's what it sounded like to me.

Also, I'm headed to Toronto, unexpectedly. I'll be writing about this more when I get there, but a theater, the Globus Theater Company in Bobcaygeon, Canada is going to be producing THE BIG VOICE: GOD OR MERMAN? using actors from Canada. They're a couple of hours outside of Toronto.

In fact, Jim and I were trying to see if we could get up there to perform it ourselves, but the scheduling wasn't really possible now that Jim, especially, has started to come into such demand, both as Zero and in other roles.

Tomorrow, I'll fly up there to meet with the producers and then with the actor playing me, who've I've now dubbed Canadian Steve!
at April 01, 2011 No comments: