It took months. Months of my vocal teacher Paul Kolecki intensely hitting me with a riding crop and yelling, "NO! NO! NO! NO!" (Movie fans picture Susan Alexander), but this past week, I think I finally found the "placement" I've been searching for. It's a combination of support from the diaphragm and a mental image.

(I did this because I can't stop learning new stuff, but also because I noticed, in my most recent concerts, I had no voice by the end of the show. I knew I was doing something wrong. Also, in choral singing, if the parts were high, I would lose those notes after a very short time.)

It started when I finally heard myself "Hmmmmm." The sound was in my nose or it was in my throat. And when he told me to put that focus into the front of my mouth, I couldn't figure it out. I would, frustrated, blow out air through my lips, making a Bronx cheer.

And then, suddenly, it kicked in. It was so easy! I felt like an idiot. But it's all in the head. It's like I needed a certain mental image to get there, and then I applied that placement to a note and, POW, this huge sound came out. Clear and amazing.

He gave me an aria which has mostly high notes, hovering around D, E and F -- and this morning, I sang this piece for an hour without losing one bit of vocal quality. I surprised myself, but Paul had said that once you "get it," you got it. After that, it's just doing it better and extending your power and range.

And yes, I'll record it and you can hear it. But first, let me learn this aria. It's "Il Padre Adorato" from Mozart's Idomeneo.
at October 31, 2015 No comments:

Announcing Stephen Wallem ("Thor" on Nurse Jackie) has now been added to the cast of our benefit performance of New World Waking, Saturday November 21, at Union Temple in Brooklyn, NY. 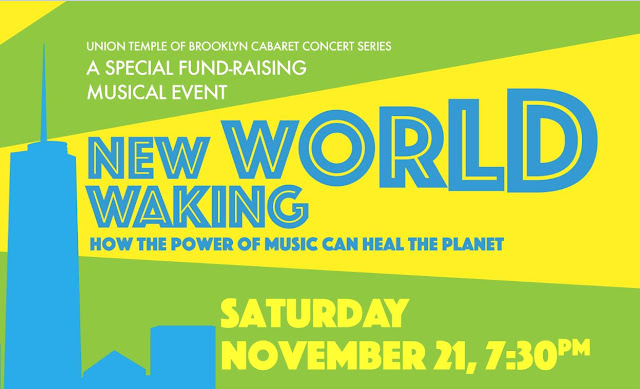 I fell in love with "Thor" on the TV show Nurse Jackie, but it was when Jim Brochu​ and I saw the actor, Stephen Wallem​ appear on stage with Edie Falco that I knew this performer, newly in from Chicago, was so multi-talented. He sings like an angel and, as in the show, has incredibly seasoned comic chops. Like all great clowns, he can make you laugh and cry at once.

But it was his voice that really carried me away. So, when I asked him if he'd take on the unnamed role of the "journeyer" in New World Waking, and he said yes, I couldn't contain my excitement. But I did. Until now. And, paired with some of my favorite theater, cabaret and opera performers, this is going to be a great night.

The full poster is below. 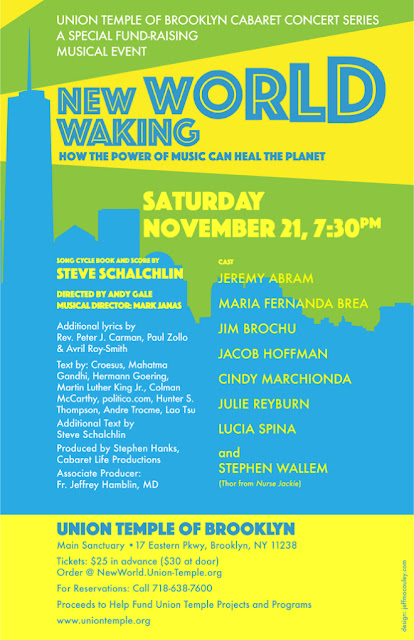 
And here it is on iTunes.

It is also on Spotify.

My Mass is now online.

After almost five years, we performed Missa Appassionata, the Bay Ridge Mass, which I composed with much guidance, and a little collaboration from, and with, Mark Janas.

It is on iTunes and Spotify, which means you can buy and own it or you can stream it. I am happy either way. I just want the music heard because much of it is different from anything I've ever written before, including some very sophisticated choral composing. (Yay, team!)

But these are interspersed with songs that will be more familiar to your ears.

If you'd like to stream it, here is the Spotify link: 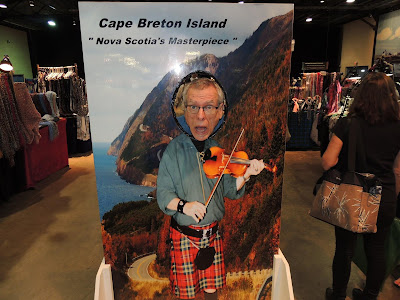 Today is my birthday. I'm 62 and so I present a new song and a new video to go along with it.

New Video: Someone I Never Could Be