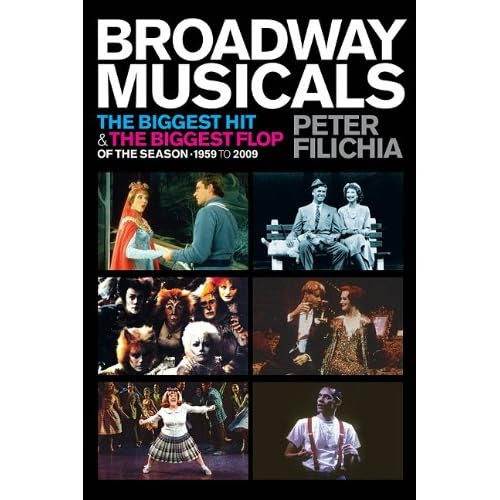 On Tuesday night at 7:30pm, Jim will interview Peter Filichia about his fantastic new book Broadway Musicals: The Biggest Hit & the Biggest Flop of the Season, 1959-2009.

Special guests will be NY cabaret legend, Steve Ross and hot new actor, Jake Wesley Stewart, who has just moved to New York. (He and I sang together a lot back in Los Angeles, where he was a sensation in the Celebration Theater production of "Altar Boyz.")

The book itself is beyond priceless, especially if you're studying theatre, or are interested in theatre. Far from being a "dry read," Peter tells all the backstage stories, analyzes why shows hit or flopped, and remembers great performers of the past and present.

I read the book a couple of weeks ago, and I sped through it so fast, my only complaint was that I wanted more! More! More!