As we walked down the hallways of the beautiful Coral Gables Congregational Church, Jimmy and I heard the choral strains of "Gabi's Song" coming from a room at the end of the hall and we both got chills. He said, "I hear your music."

It's still startling to me to hear someone I don't know playing and singing my songs. It's almost like seeing someone using my toothbrush. The songs are so personal and the notes so very, well, my OWN that it's almost embarrassing, like they're going through my underwear drawers.

But then, when I feel my eyes starting to well up, all of that fades away and I'm filled with intense joy. I have a feeling my face was beaming. 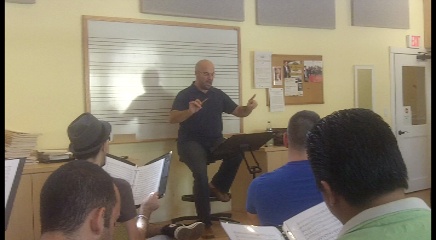 INSIGNIA is a select group of singers put together by the Anthony Cabrera based on their skill level, but also, he said, on their sound -- their ability to blend. And wow, blend they did! Even at this early stage of their rehearsal period, their sound was breathtaking.

I told them a few stories about the piece, but mostly I just listened and answered questions here and there. They were interested in how it came together, why I chose the songs I did, and what kinds of responses I've gotten in the past. But, really, I was just there to listen. 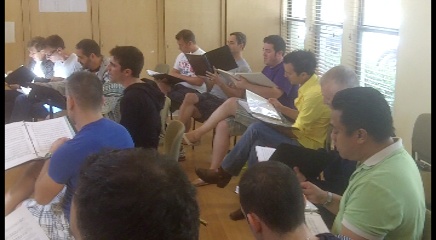 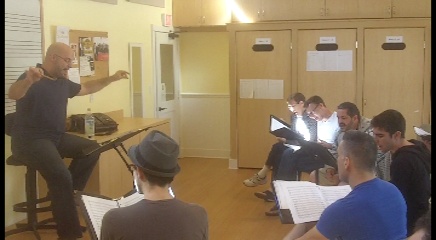 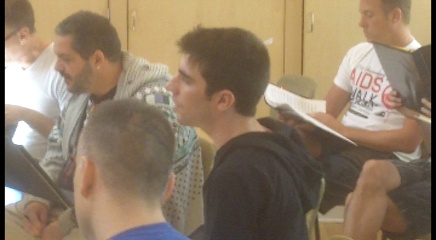 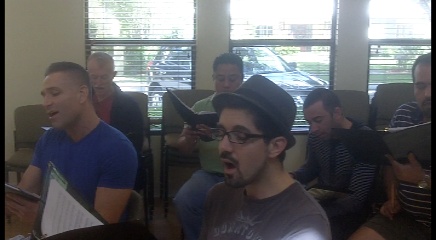 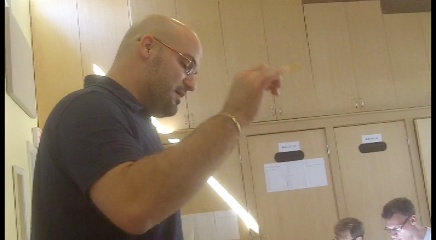 The performance will be at St. Stephens Episcopal Church in Coconut Grove on April 10th at 4pm.

Steve, may God bless you in this wonderful new endeavor. You are the man!

Chuck, they just sounded so magnificent.