The Bonus Round Sessions CD will go online. 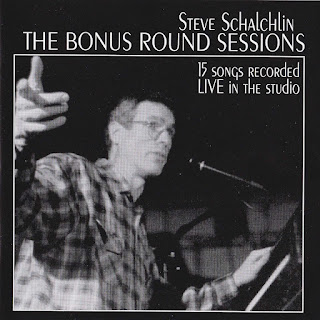 Made back in 2000, BRS consists of a live performance of most of the songs from The Last Session, plus a few demos and some early versions of songs that made their way into both The Big Voice: God or Merman? and New World Waking. The CD, a benefit project for Youth Guardian Services, has mostly been only available as a physical disc.

I always found it very frustrating that I could find just about every artist in the world except me. And, for a guy who was an original Net pioneer, that's embarrassing!

It says it will take a few weeks for everything to be in place.

I'm particularly interested in the streaming services, such as Spotify, because a still mostly unknown artist like myself can become available immediately to people who might be reading about me for the first time.

And, given the fact that The Last Session is about to be revived, -- possibly in TWO internationally known theater cities (announcements soon) -- I don't think it's unreasonable to assume that people will come looking for the source! 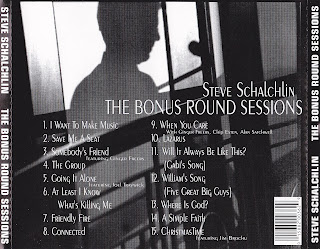 I wish I had a full recording studio at my beck and call, so that I can make more albums. But I don't. Friends are suggesting I might enough support to do a Kickstarter campaign, but I don't know. Asking for money is so icky.

So, in the intervening years, I've mostly written for the stage or concert hall, hoping that, some day, I can revive, or at least revisit, myself as a solo performer. Singing last month in Olympia, Washington, lit a fire for me because I felt so at home with this folk audience. It was a similar feeling to singing at Kulak's Woodshed in Los Angeles.

As much as I enjoy dressing up and singing in a cabaret or theater, I feel so much more at home in a relaxed environment, where everyone's laid back, maybe having some tea, and wearing a few hippie patches on their jeans.

Maybe I'm just a simple folk singer, after all. Who knows? I'm too young to start labeling myself.
at March 01, 2012