Maybe it's because I'm approaching my 60th birthday, but I was the recipient of the Artist of the Year award at the 160th Anniversary of Christ Church, Bay Ridge, an Episcopal Church where I am privileged to be composer in residence. 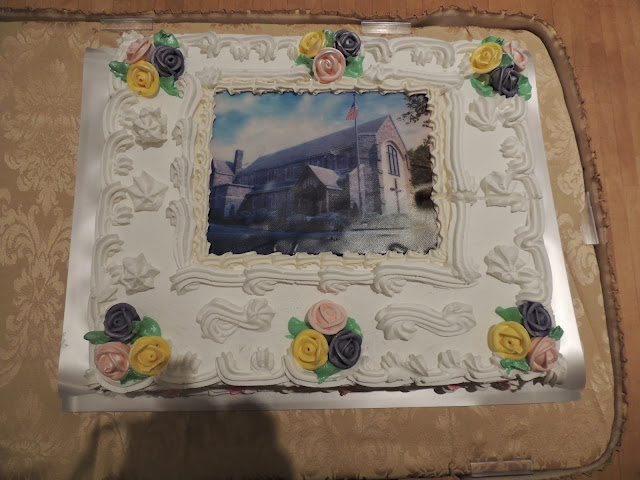 It exists because of the efforts of Fr. Jeffrey Hamblin, MD, who uses the money he earns as a physician to fund, or help fund, the music program.

These kinds of churches are different from the Baptist congregations I grew up in. And I'm not saying one is better than the other. But the sense of history, and the "presence" of Christians down through the ages all the back to the time of Christ, comes back when we hear them through their music. It's two completely different cultures.

Lately, in an effort to expand our repertoire, Kalle Toivio, who is working on his doctorate at Manhattan School of Music, has created a small group that sings medieval music, the kind actually written for these big open Gothic spaces. It's so haunting! 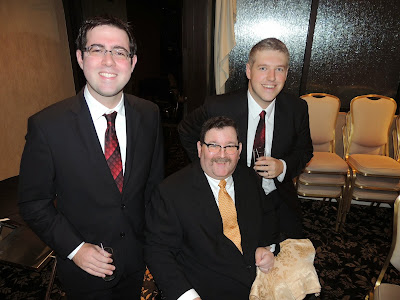 When I first accepted the position, I thought it was a way for me to get my songs sung and to learn more about choral arranging. And maybe even learn more advanced composition. But to compose for a congregation is not the same as taking a position, for instance, at an institution, where the goal is simply art for art's sake. I had to ask myself, what is it I'm trying to write?

Though I've written "sacred" music my whole life, given my Baptist upbringing, this Episcopal and Catholic side of the Church is not one with which I was familiar. I didn't know this music nor did I know the function of it. Or the history of it. Or even the meaning of it. 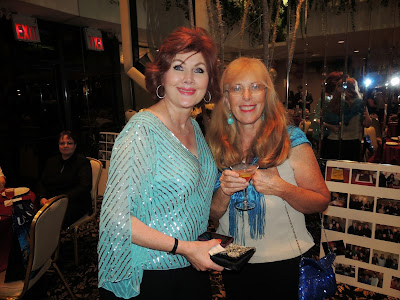 That's very exciting to me, as a creative person. I love unfamiliar territory. I love the undiscovered.

One of the first clues came during the midnight services at Easter time, where there's a feeling of loss and mourning because of the death of Jesus -- and the sadness that one has not lived up to one's potential in view of what Christians consider the greatest sacrifice of all.

Like a deja vu, I was transported back to another time. The music so perfectly describes the era, with its intense dark sadness, those people into the room via their emotions.

And I thought, of course! The music brings back the people. The "cloud of witnesses." To remind people that they are not alone, and that they come from a history of people who also sacrificed and mourned, and found joy and solace -- all the things faith communities supply when they're doing it right. 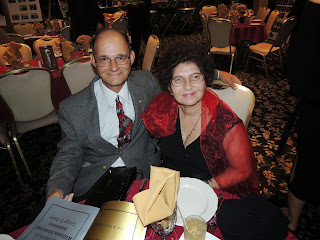 So, if I write music that reflects this generation of people, they will endure in the lives of those who will come after when these songs are sung. The music will bring it back because it's the music that expresses the emotions, the feelings of an era.

This is a humble congregation now. In its day a hundred years ago, the pews were filled with people of letters, people of society. Bay Ridge, at one point, was a getaway for the well-heeled of New York.

There are still some extremely intelligent and accomplished people who attend, but there are just as many folks who come in because they're seeking a place of comfort. Who live, or have lived, tough lives. Who maybe just need a place to sit for a few minutes and avail themselves of the food pantry, or share a cup of coffee, afterward.

One can lament what was, but the job is to serve what is.

As I sat there listening to Mark Janas sing my praises before I went to receive my award, I realized that my real job was to reflect who these people are. To write music that will last through the ages. Because, in doing so, I'm saying to them that I think their love and their dedication deserves to last through the ages. 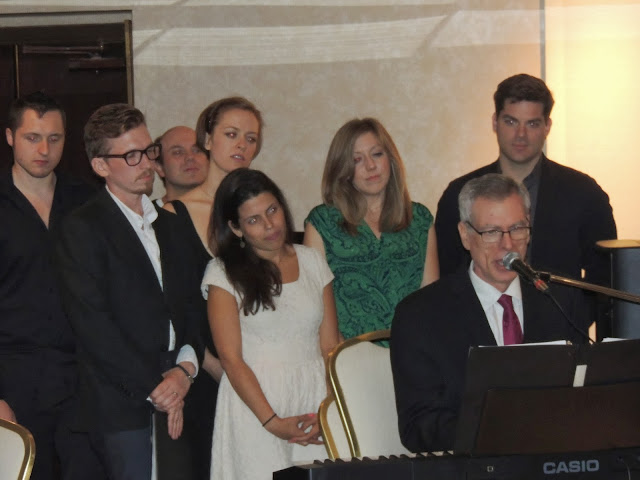