Off to church on a Sunday morning. As I walk east to the 1 train on increasingly revived 42nd Street, the improvements of which reach all the way to the Hudson River, there are a couple of old relic buildings still standing. Here on 9th avenue is an old hotel that finally closed not very long ago. It was probably more like a flophouse. You can't see it in these photos, but each one is blacked out with the words "HOTEL CLOSED." 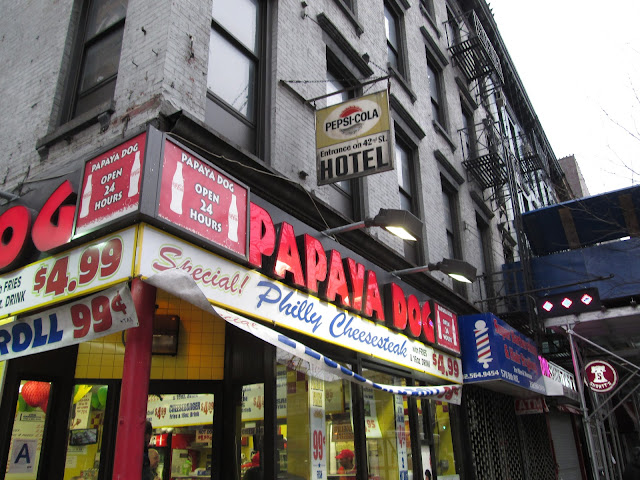 The halal cart hasn't opened yet. Best street food in the universe, this stuff. And they're everywhere! The food is way better than at the hot dog carts, which seem to be disappearing. I always thought a good thriller movie would involve a conspiracy involving halal carts and al qaeda. The Falafel Incident! 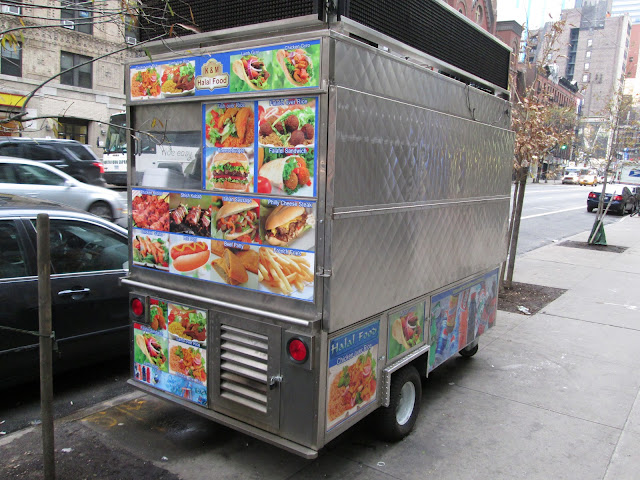 Just across the street is Holy Cross Catholic Church that's been newly refurbished. 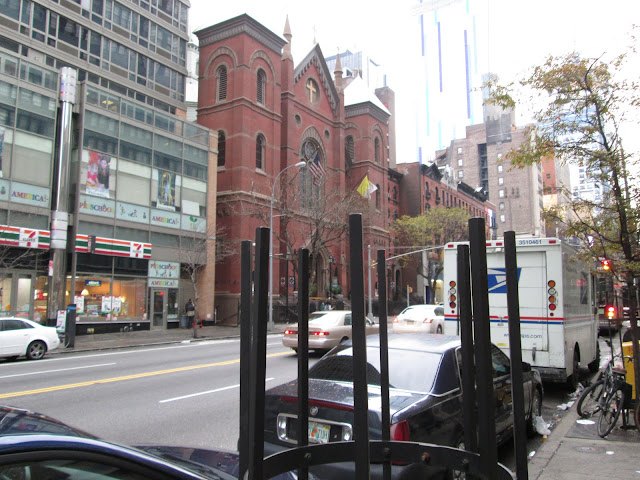 Closer to Times Square, the gigantic Leonard Cohen poster is still up there. Almost a year. I wonder if they made some kind of deal. 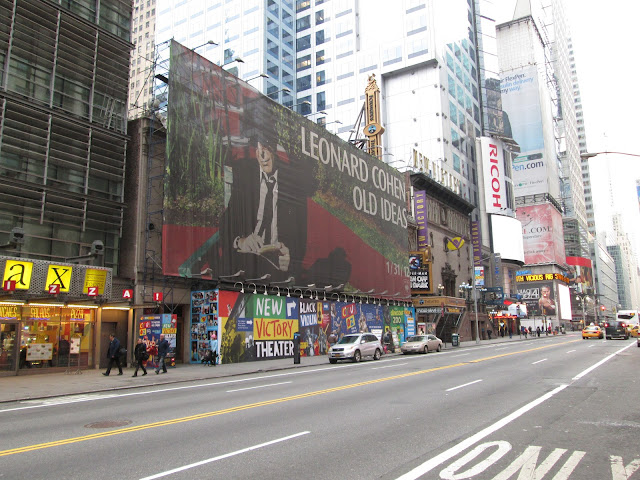 Next is the wax museum, a concept I still don't understand. 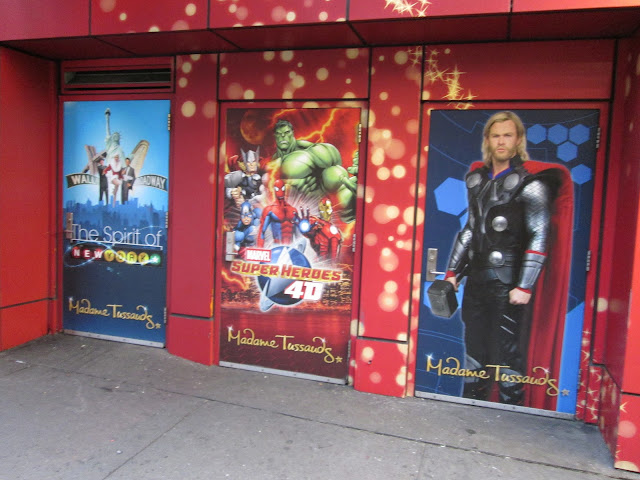 And then there's this McDonald's which obviously took over an old theater back when the street was falling apart. I keep imagining a McDonald's Musical. But I would want the South Park guys to write it. 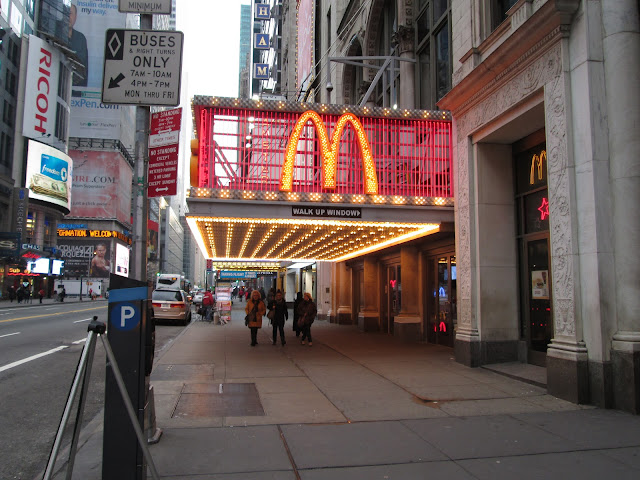 McDonalds,The Musical would be a hoot!