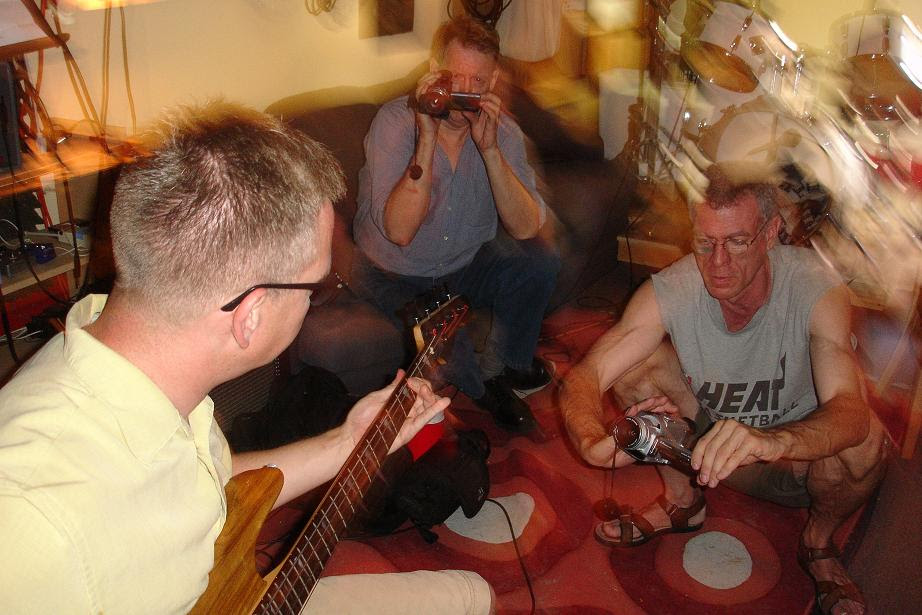 KC the rock star and the papparazzi. 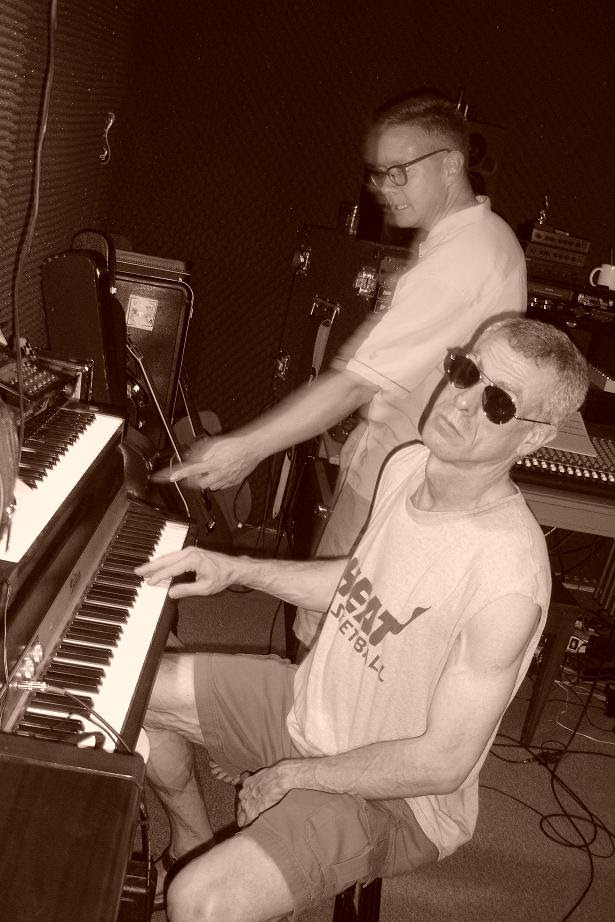 Me pretending to be cool.
I made it to San Francisco without incident and settled in at Ken's. We were two chatterboxes for the first day catching up on everything. It's funny but even though we chat or phone nearly every single day, there's nothing like seeing someone in person. I brought my video camera but didn't bring the specific cord that downloads into my laptop, so pictures will have to come later.

Later that night, we had dinner with our friend, Ben, who was limping a bit because someone smashed into his motorcycle and broke his leg. He's on the mend now, but apparently it was pretty bad there for awhile. 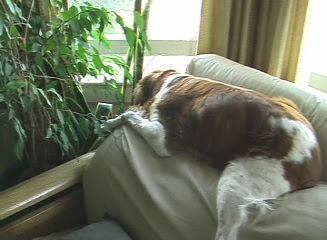 The weather, though, has been hot! Since San Francisco is used to being somewhat chilly, even in the summer, this has been quite strenuous on everyone, especially since many of the houses don't have air conditioning. They've never really needed it. Luckily, it cools off at night with the sea air blowing in, but it just does not feel like San Francisco right now. See Piper the Dog trying to get cool by sprawling over the couch?

Ken is a big a gadget guru and since I love gadgets, we spent a good deal of Friday playing with his toys, particularly a software program and a green screen. 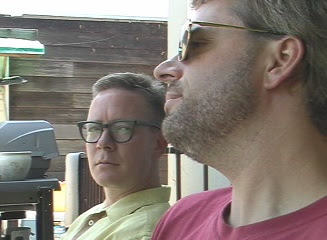 On Saturday, we both took the BART train to Oakland to record "Cool By Default" with KC and Ned AKA Vinny's Vipers AKA Preoccupied Pipers. Neither KC nor Ned are "cool by default." They are simply uncontestably, cool on levels most people can't even dream about. KC is a crack musician, bass and guitar -- and Ned is a power drummer who is the kind of percussionist you want behind you on a stage. If I could put together a touring band, these two would form the core. No questions asked.

(At one point, KC said, "Hey. Want to hear what I've been doing the past couple of days?" "Sure," said I. He put on a recording, and just as casually as you please he said, "I was doing a note for note take-down of a Partridge Family song, recreating it from the bottom up, including vocals."

A note for note rendering an obscure Partridge Family song. See? Madness and genius are simply two sides of the same coin.)

The recording studio, as they've constructed it, sits in the KC's backyard. No air conditioning. So, as the day got hotter, we would dash into the studio, record what we wanted to get done, and then race back out into the shadow of the shade trees and cool off. It was beautiful.

All day long, Ned, KC, Ken and I added layer upon layer to the song beginning with about 16 tracks of percussion alone. After the bass, guitar and lead vocals were added, KC said, "Okay, now we start sprinkling the fairy dust." And we added weird background vocals, marching, cowbells, shakers, Fender Rhodes, organ, lead guitar, and I don't know what else. 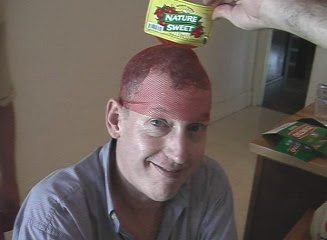 That was topped off with a barbeque, some total comedy madness in the kitchen using fruit netting -- Ken won the prize for wacky costume on that one -- a nap and then, at the end of the evening, Ned laid down a drum track and we, along with another member of Preoccupied Pipers, wrote yet another song and recorded the vocals. I got home about 11pm and then slept like a baby.

The next day we took Piper out for a walk in the park but it was so hot. Everyone was out there and there was hardly any place for us to sit in the shade. I'm so glad the Republicans have their list of scientists telling us that there is no global warming going on. Otherwise, I might have felt like it was hot or something.

More photos! The big black and white ones were taken by Ned. The others are screen captures I did from video I was shooting, so they're not the greatest quality, but hey, who cares. It's too hot to care. 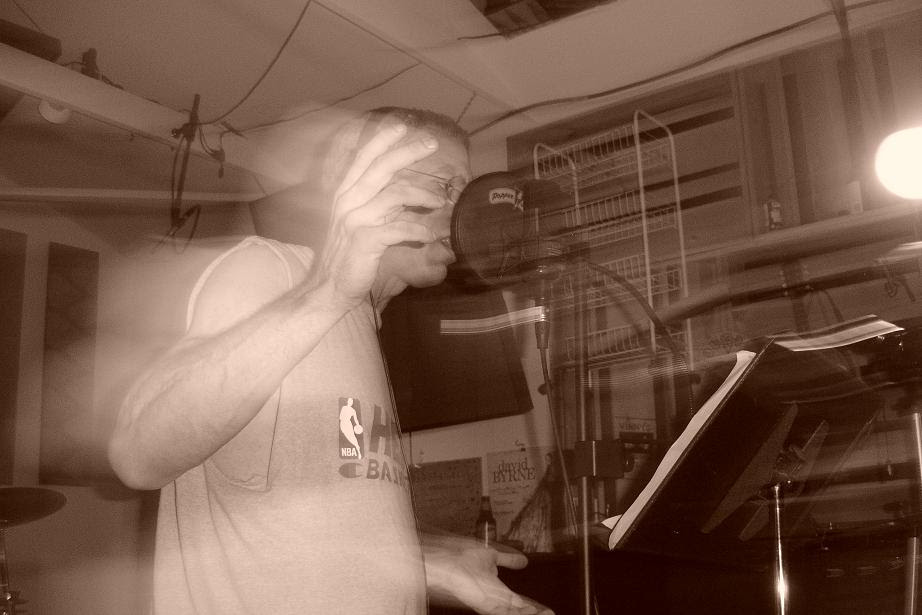 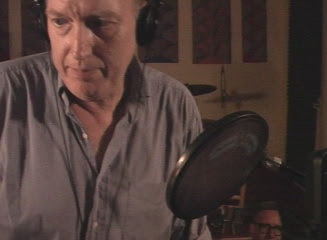 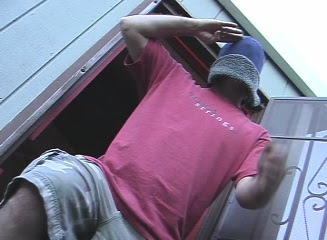 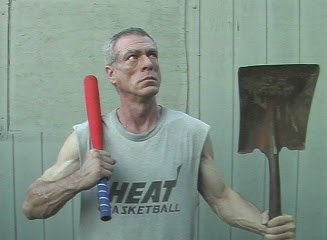 I don't know how to explain these last two images except to say they will make into the video of "Cool By Default."