A Tearful Visit to Columbus.

That's what Dr. Anthony told me just as I was leaving his office. So, on Sunday morning, at 4:50am, as I ran to the Newark/Manhattan bus, departing Port Authority at 5am, my back heel hit the carry-on bag, rolling behind me, and I hurtled through the air, hitting the ground hard, my left arm finally hanging useless at my side.
I determined it wasn't broken, but it hurt like hell. I almost decided to not go. But I couldn't miss this.
Though I wasn't getting paid, people were depending on me, having raised the money to pay for the plane ticket. So, I forged ahead, got to the station just in time, and took off for Columbus to play two concerts for the health care workers at a hospice, and then, later at a hospital.
Getting from Newark was another adventure. Just as we got on the plane, it has a "mechanical," and I had to stand in line, change carriers, go to a different terminal and go through security again. The first time was difficult and painful enough, as I was unable to use my left arm to buckle my belt, lift my carrying case or tie my shoes without screaming.
I went to the other terminal, got the new ticket on a different carrier, stood in line, and was told that the plane would be leaving from the first terminal I had just come from.
Sighing, I went back to the first terminal, went through security, found a pharmacy, got a sling and some motrin, waited two hours and got on the plane.By now, I'm hurting so badly, all I can think is, "How will I ever play the piano?"
When I landed in Columbus, Brian, Sarah's adorable bear husband, picked me up. The kids, who I hadn't yet met, were in the back seat.
I met Sarah -- she was single at the time -- almost from the first day I set up this diary in 1996. In fact, as she introduced me the next morning, at the hospice, before my "show," she reminded me that this Bonus Round site was actually the very first web site she ever logged into, having just gotten her first computer.
She explained, "At the time, I was working with dialysis patients, and I felt Steve's entries were inspirational. So, I would print them out and read them during the treatments. Then, one day I asked him to come sing for us, and he said yes. This was 10 years ago."
I looked at the 30 or 40 hospice workers sitting in front of me. People who spend their lives tending to the dying. And not just the dying, but the dying and their families.
Some families, so racked with pain, they can't even speak to each other. Some families, prepared and peaceful. These people work through all that, trying to make sure the patient is comfortable and at peace, while helping the family make "decisions" they usually don't want to make.
Each nurse, aid, doctor and lab tech is a part of this journey, and it takes a huge toll on them.
And that's why I was there. I went through it all as a patient. My mother was a Registered nurse. My father was a minister. I watched how they ministered to people in pain. I knew the emotional toll it could take on them, long after they left the "office."
Imagine, reader, having a job where every single person you treat dies.
How fast can you fall in love with another human being? And how far to do you allow yourself to care, knowing that person is not going to last very long? Or is constant pain?
And, speaking of emotional toll, all of us were drenched in tears. At one point, one of the nurses, noticing my kleenex, pilling up on the piano, brought up a trash can. I said "We're gonna need a bigger boat."
These people have created a support system for just the workers. I was so proud to be a part of this program. As a patient, I thanked them for their work, I told them I understood that this kind of work is a calling, and not just a job. 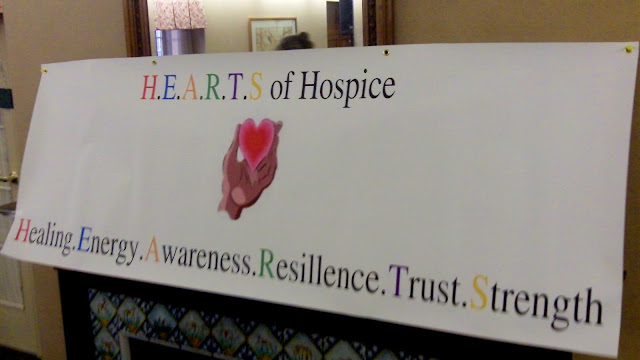 I didn't think about my arm during the two hour concert. I don't remember feeling pain, but I think it's because my mind was elsewhere. I knew I couldn't play strongly or as percussively as I enjoy.

After the show, Sarah took me back to her house, where I slept all afternoon with Uno, the one-eyed dog. He laid down next to me in the bed and didn't move a muscle until he heard the door open downstairs, when Sarah came home to fetch me for the evening gig.
The venue, at the neighboring Riverside Hospital, was much bigger. And I had a magnificent Yamaha piano. Also, my arm wasn't hurting quite as badly and I was able to play with a big more aggression. It was very exciting. 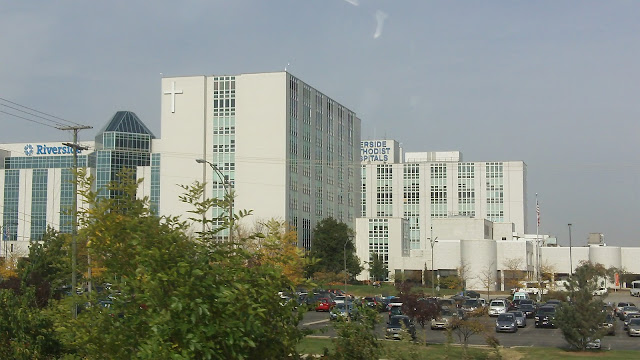 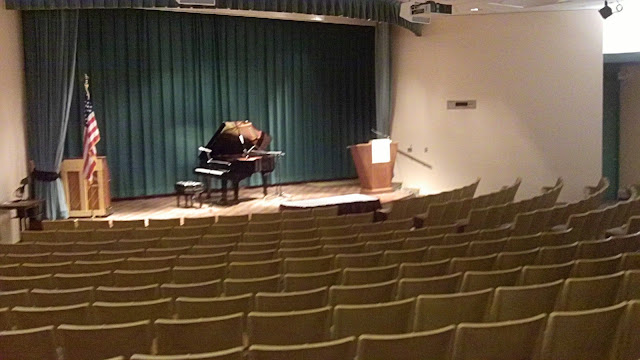 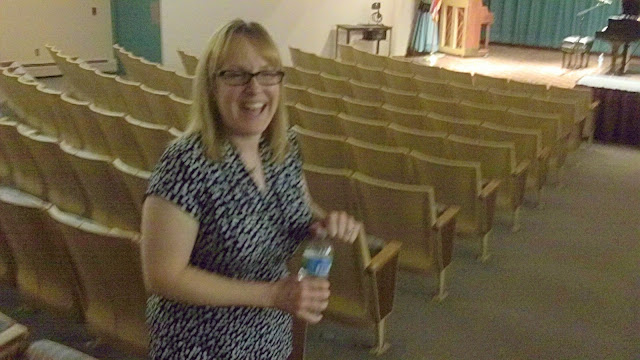 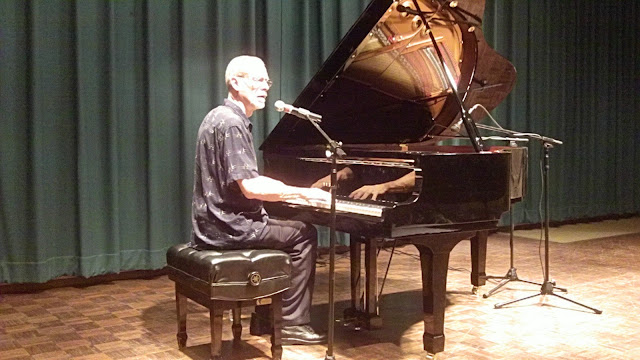 I didn't cry this time, having gotten it all out in the earlier show. My voice was strong, and I told stories and sang for two hours. We also engaged in a dialogue, as we shared stories and I answered questions.

By the end of the night, after getting about a thousand hugs, we went home, and I miss them, already. I also miss Sarah and Brian and the kids. Talk about falling in love.


Sadly, though, I came home to an empty apartment. Jim is in Florida doing Zero Hour for the next 10 days at the Maltz Jupiter Theater. (Lucky them!) But, there's lots of things for me to do, including working on a brand new production of New World Waking in Miami by the Gay Men's Chorus down there. But I'll save that for another blog entry.
at October 13, 2010

Wow, Steve! The world is lucky you are using your bonus round so fully.

You are amazing!
I want your courage.
And congratulations on New World Waking Miami!

How lovely to see Sarah again! I didn't realize she had children. (Sarah, if you're reading this--hello!)