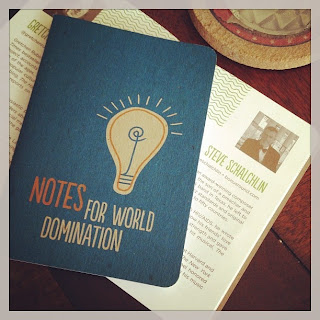 I've had friends in town, I've shipped Jimmy off to Florida for his five week run of "Character Man," (happy but sad that he's there and I'm here), and I'm getting ready to go to a music retreat.

I need to write up the Summit, but so much has happened, and I've been given so much to think about, I think the only way to do this is in bite-size chunks.

If you, reader, are finding this blog and wondering who I am, since the Summit was probably the first place you ever heard of me, a little background about how it all came to be.

So, first up: I'm not selling religion or promoting any political agenda. I'm just a songwriter and singer who has survived a great difficulty. No manager. No agent. No PR machine. And, like most struggling musicians with AIDS, barely paying the rent and the medical bills.

Not famous on the lecture circuit. No TED Talk. No book to sell, unless you call the Internet Diary a book, but you can have that for free.

How did Chris find me? I didn't know.

My career as an entertainer is not that huge. Mostly AIDS education concerts, and also church gigs, as well as strip clubs and hustler bars. I know he didn't find me there.

However, when I spoke with a guy named J. D. and he told me about the main themes: Adventure, Service, Community, I understood immediately how I fit in.

For instance, I have have the title, composer in residence, at Christ Church Bay Ridge. I'll tell you a secret. I made up the title. I'm a volunteer singer. And I write songs for the church. That's the "Service" part of the equation. It's an exchange of services, really. I write for them. They give me a title. Both our resumes look good.

Next week, I'm attending the Sewanee Music Conference in Tennessee. I hadn't hear of that either until Mark Janas and Dr. Jeffrey Hamblin decided I needed to go. I don't travel much these days because of my diet and medical concerns. But any time I can get a chance to learn more about music, and be around people who love music, count me in.

(You should see me going through a scanner with my gallon bag of pill bottles, syringes and powders. I've learned to just take it all out of the bag first, because they're going to, anyway.)

But this Service, singing, is more than something I'm giving. It's a gift being given to me. A Bonus Round gift.

Woody Allen plays clarinet. I am the tenor in the back row of the choir. It's what brings me perfect bliss.

The Bonus Round gift that is that I'm receiving the unexpected reward in the form of an Adventure: A class at the Bonus Round University on the history of church music, which is the history of music itself, one might argue. Growing up Baptist, I wasn't exposed to "Catholic" stuff. God forbid. So having this hole in my knowledge base filled is supremely sublime.

But, again, Chris wouldn't have known about that, either. We're a small church in Brooklyn.

In 1997, I got "almost famous," as Playbill put it, for writing the score to a show you, reader, probably never heard of because it was never a huge box office hit since it was about AIDS -- and our production team didn't have much money.

On the phone, Chris just said that he had Connected and When You Care -- both, songs from that show -- on his iPod. Okay.

So, it was all set. I'd fly to Portland and sing for the World Domination Summit, whatever that was. I was confident until...

Earlier that week, I sang at BackStage at 54 Below, hosted by Susie Mosher. And I don't think I told this story because it was scared me and I didn't want to embarrass Susie. But...

Susie Mosher does hilarious black humor and she started riffing on her mother dying of cancer, a bit which kinda went nowhere, though he joked her way out of it. And then she looked at me to introduce me, probably realized I was Mr. AIDS walking onto the stage. And it all got uncomfortably quiet for a moment. I'm laughing now, but it was awkward.

And then, as planned, I sang "Somebody's Friend." Totally blackened the mood of the room with this great black cloud of doom.

Again, I can laugh, but at the time? It was a real life Andy Kaufman routine.

And, worse, something was telling me to sing Somebody's Friend at the Summit.

The Summit, where the point is to lift people up and inspire them? What if I throw this horrible black cloud over everyone there? I can just depress the whole world, maybe, a continent at a time.

I had 20 minutes. With any kind of talking, that's a maximum of four songs. I knew Chris wanted Connected and When You Care. That's 10 minutes gone. I was also committed to "Lazarus Come Out" because I had arranged for a group of singers from the Portland Gay Men's Chorus to join me, thanks to my friend, David Peterson.

So, three slots gone. Open with Connected. Finish with Lazarus and When You Care. But what goes second?

But, voice, I would say, I just killed a room full of people with that song.

I also argued that Rescue would be a much more sensible alternative. It's for a doggy shelter. You know this place will be filled with animal lovers. It's sweet and uplifting.

Still, I could work out the logic. if Lazarus is about rising from the dead, then we need to see Dead. What am I rising from?

And how did Chris Guillebeau find me?