When I finally spoke with Chris Guillebeau, asking him how he found me, he simply said he had two songs of mine on his iPod, "Connected" and "When You Care." He also said that though they'd help me get there and find housing, there would be no pay for my performance. (That none of the speakers were being paid).

Rather than feel insulted, I was actually intrigued. Really? What kind event was this, anyway? I never turn down a chance to sing, anyway, so that wasn't a problem, but still...

I went to the website, hoping it wasn't some weird religious thing. (It wasn't). Well, then, what exactly was it? There were videos and they resembled the TED Talks. Motivational and inspirational speakers talking about self-empowerment, etc. Okay, I like that.

Even more, no commercial sponsors. No corporate donors logos allowed. Double really? He turns down money? In fact, there was a video from last year. A donor insisted on giving him money, anonymously, and rather than keep it, he gave each of the 1000 attendees an envelope with $100 in it. What? He gave away $100,000 that he could have kept for himself?

Who IS this guy?

I also checked another page: "If you are a manager or agent or a performer and you would like to submit for an appearance, the answer is we don't take submissions. We will find you."

A follow-up call with J. D. Roth, who was a presenter last year and who was now working for the event, said that unlike other conferences, where you show up, do your thing and leave, they would encourage me to watch the other presenters and get a feel for the event.

Further, they would slot me on the last day just before the keynote address. He asked me if I would mind doing 20 minutes. Are you kidding? I'll sing for 20 hours if you want. But that's a generous amount of time.

After I got there, I walked from my hotel to the gorgeous Arlene Schnitzer Auditorium in the historic Portland Theater. 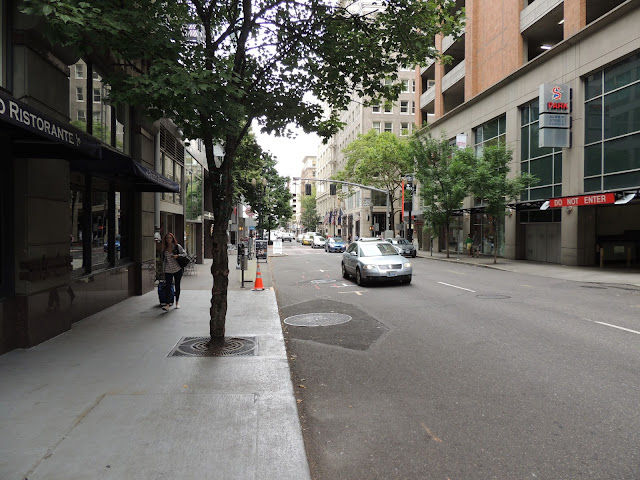 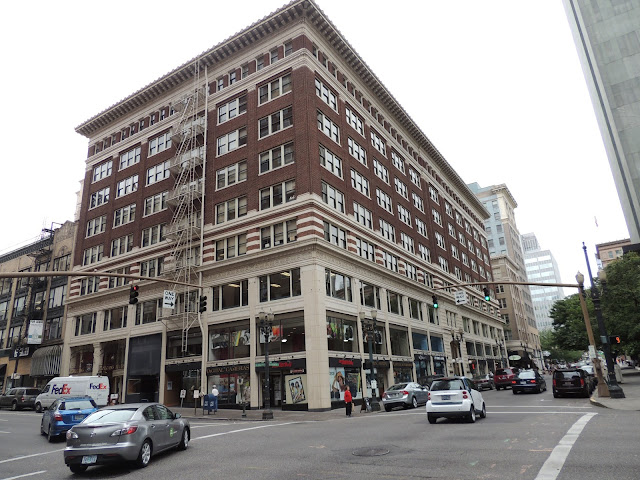 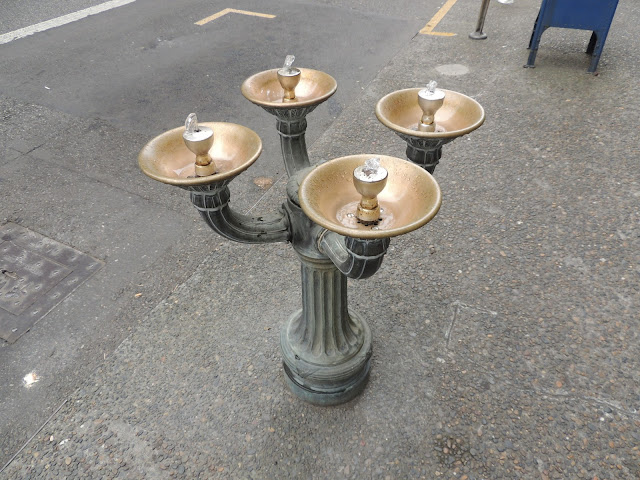 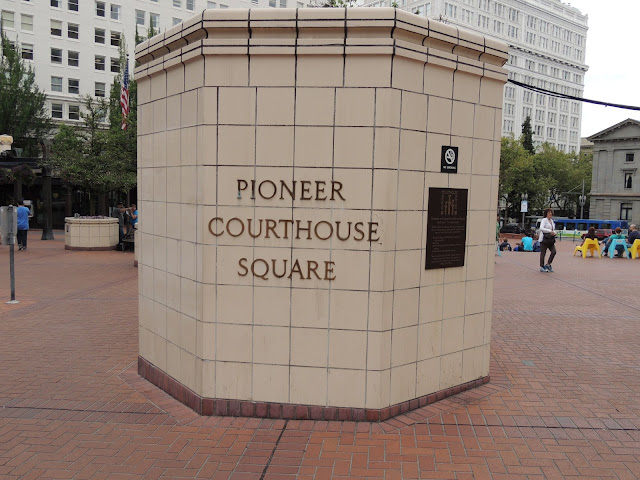 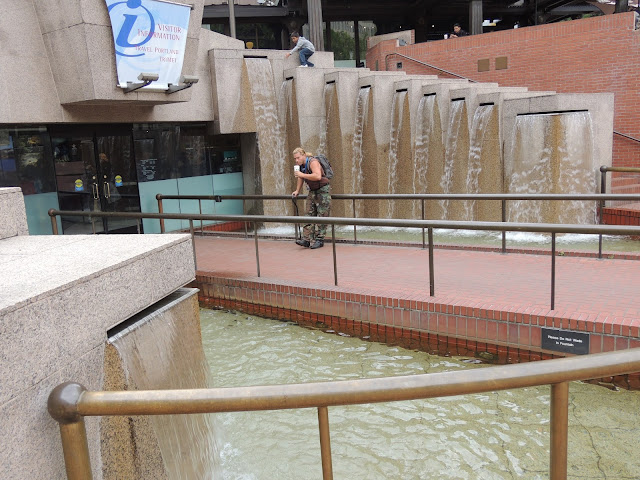 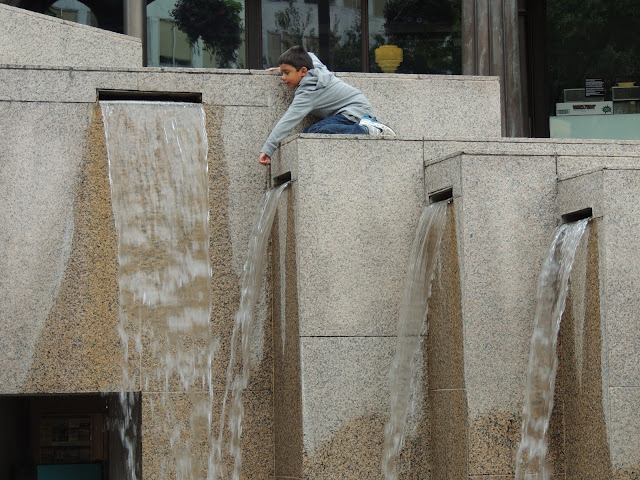 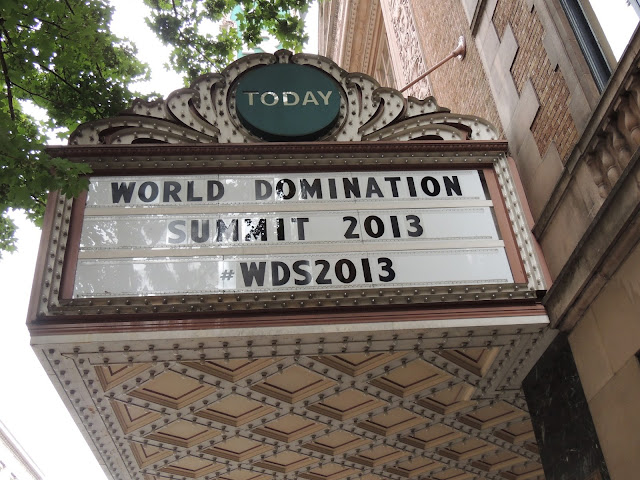 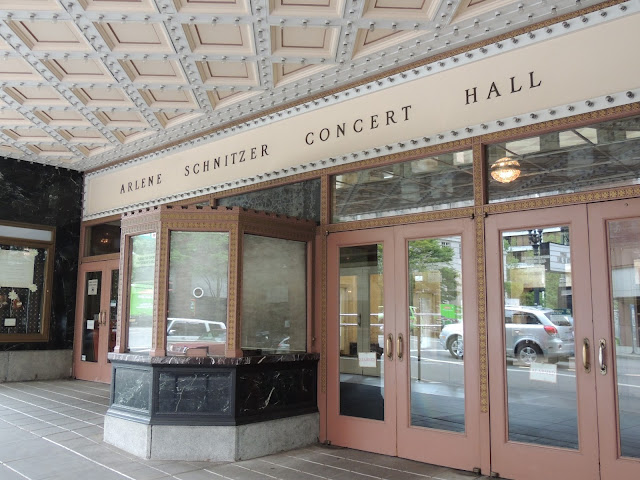 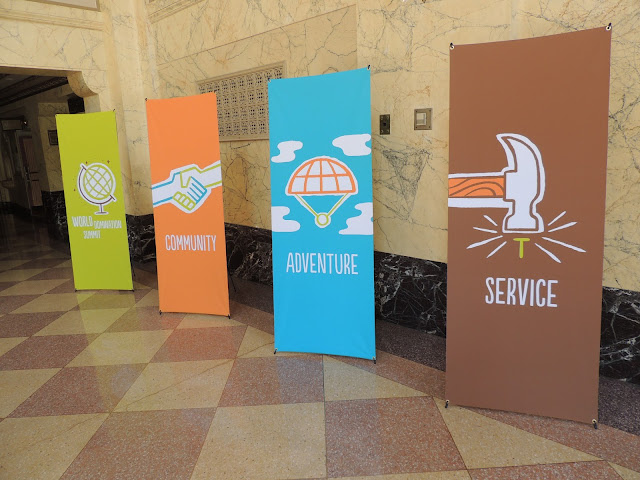 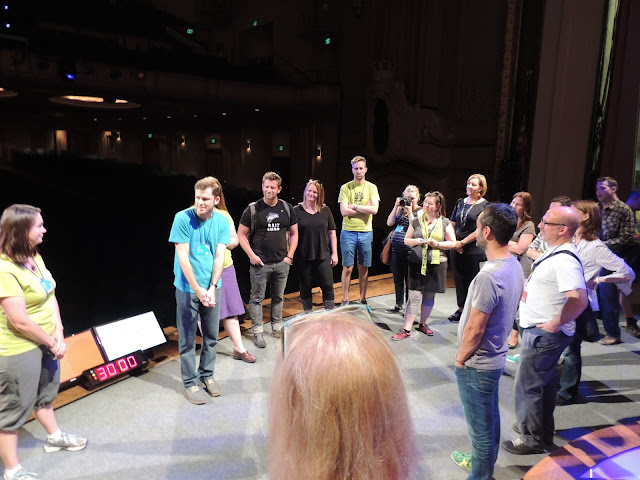 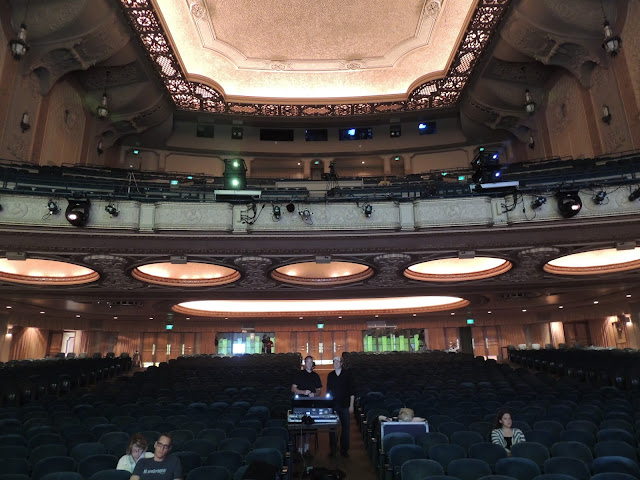 All the other presenters were gathered by Chris, who is a soft-spoken and very sweet person, for our sound checks. Then, we were off to the opening party being held at the Portland Zoo.

Really? The Zoo? There, we were entertained by the most unusual musical act I've ever seen on a stage: A marching band called March Fourth, some of whom were on stilts. 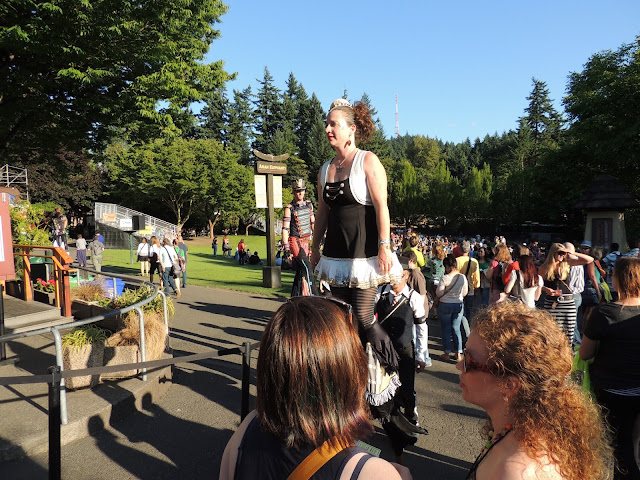 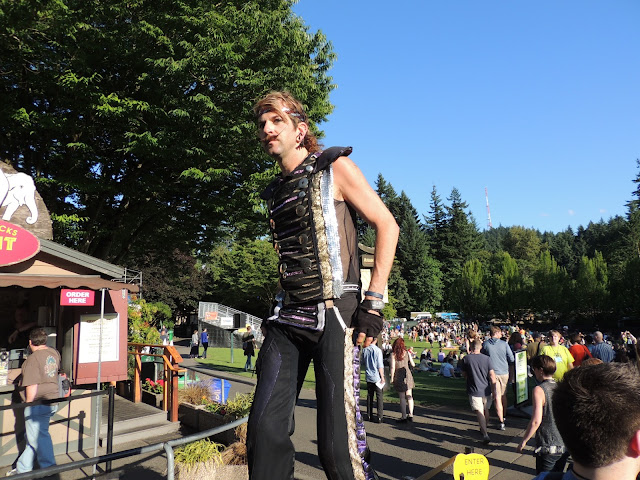 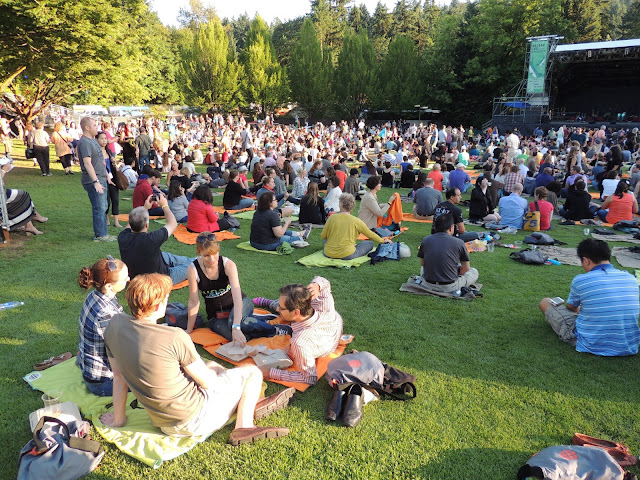 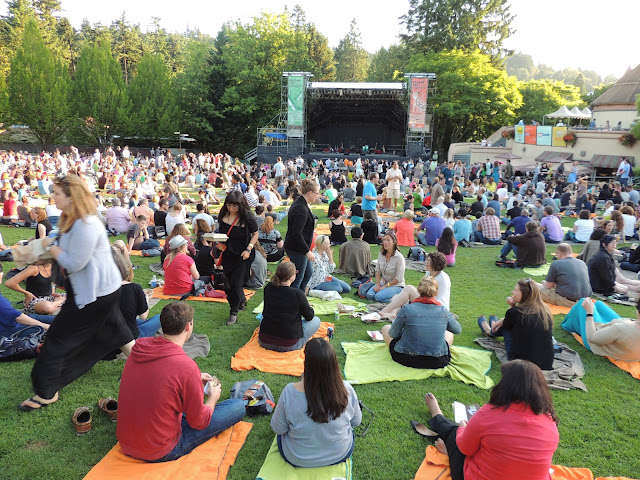 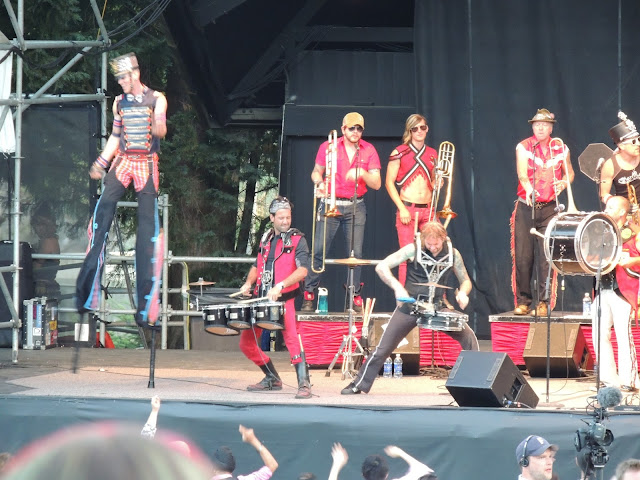 It had been a long day for this fella, so I didn't stay for the whole night. I knew my virus-ridden body needed to conserve energy, so I went back to my hotel and laid down, and though I had no idea what was ahead of me, I knew that this was a different experience.

Now numbering 3000, what I saw on that lawn all spread out were some very friendly people. Very, VERY friendly. And smart, too.