World Domination Summit Pt. 3: The Audience Is The Hero 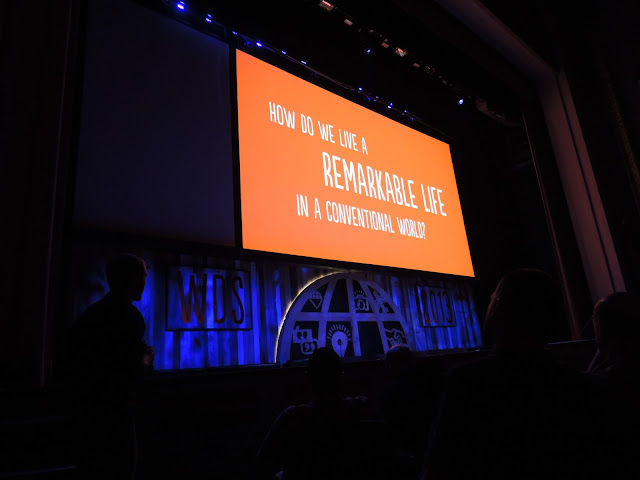 As I got to the venue the following day, following J. D. Roth's advice, I was sitting over in a little area near the stage prepared for the speakers. 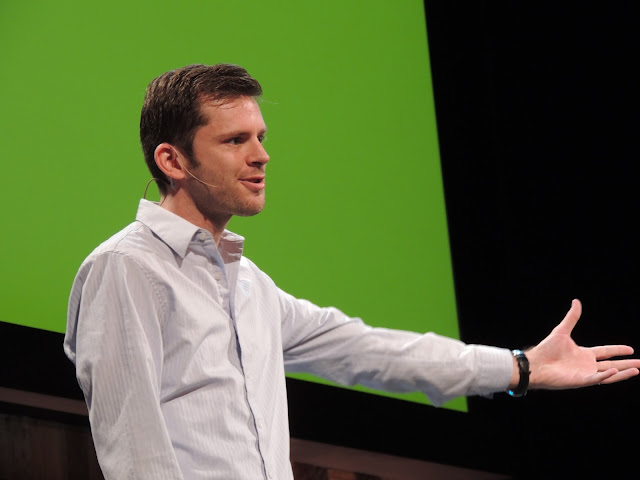 But, first Chris Guillebeau came out to introduce the event with the question, which attributed tosomeone else, "How do we live a remarkable life in a conventional world?" by announcing that on the day before I got there, all the attendees, plus other townspeople had broken a world record by creating a human chain on Willamette River. 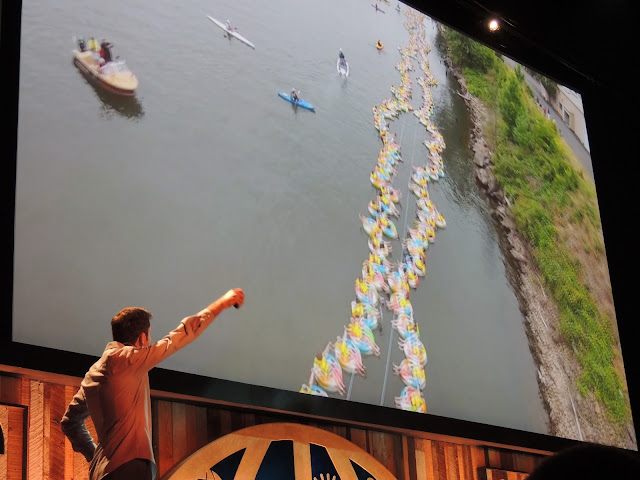 Then he introduced Nancy Duarte, someone I'd seen on a TED Talk, because she was talking about storytelling.

As a songwriter, storytelling is one of my fortes and her observations about great speeches -- comparing graphs of MLK's "I Had A Dream" speech with Steve Jobs' iPhone speech and Jesus' Sermon on the Mount -- I was familiar with, but it was fun hearing them live and getting reminded of her main point, that speeches and storytelling are more complex than simply starting, getting to a climax and reaching the end. She even mentioned Evita's speech, which maybe won her husband the presidency of Argentina. 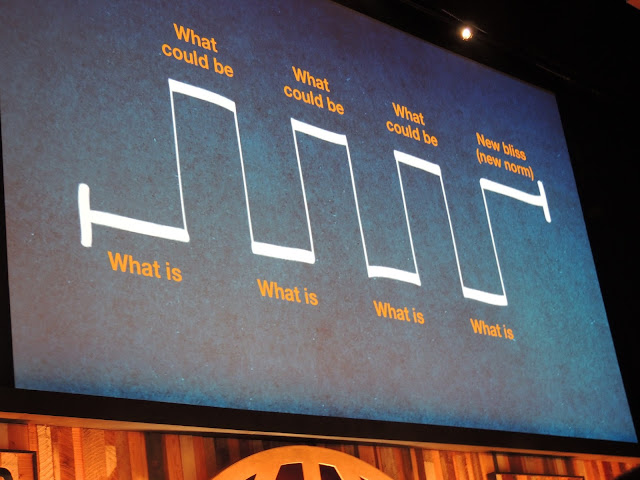 What struck me was this: She said that, like most of us, she though of herself as the hero of her own story, , until it occurred to her, looking out over the crowd, that she had it wrong. She said to us:

And that she (and we, the other presenters) are the mentors.

Wow, I thought. A crowd filled with heroes. Interesting. 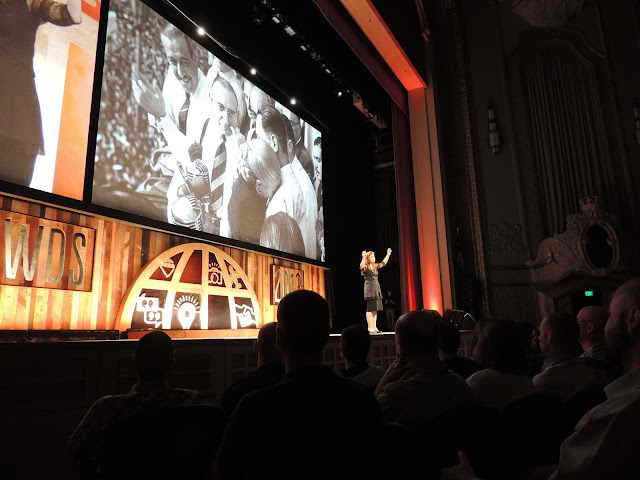 And I thought, what if we thought that way about everyone in our lives? What if we stop being the Center of our own little Universes and thought of ourselves as people who empower our friends and family, rather than as people trying to get attention in a "me, me, me" world? Indeed. What would happen?

Darren Rowse was next. His speech was empowering, also, as he talked about wanting to be Superman, growing up. But the one nugget I took from his speech was this: 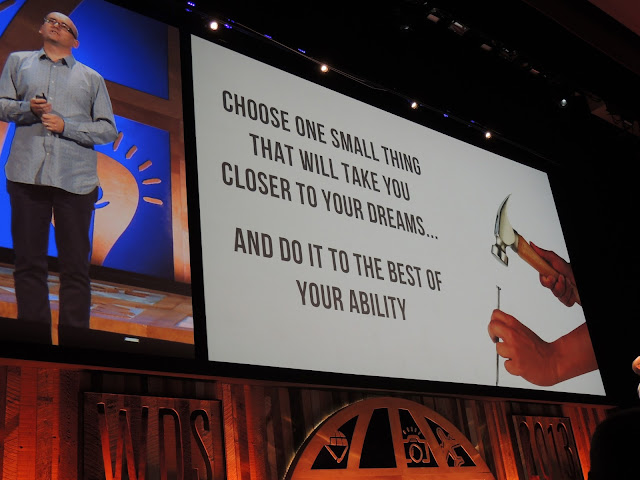 After that, we broke for lunch and everyone went to break-out sessions. I was tired by then, so I decided, once again, to conserve energy. Went back to the hotel and laid down for a nap. There was so much great information bubbling around in my brain, it was hard to absorb it all.

Also, knowing I was going to be performing on Sunday, the last day, I wanted to make sure my presentation incorporated all that I had been hearing so far.

One note, though. It was interesting to me that Chris Guillebeau, far from making this all about himself, as many modern day "gurus" do -- where they rouse an audience into a kind of worship, which turns into a cult of personality, Chris was more like an Ed Sullivan. He was always pointing toward others. He didn't even give a speech, per se.

Rather, he acted like a curator. All of these presentations were adding up to something. But it was up to us, in the audience, to put those pieces together. And between presentations, he brought up audience members to tell their stories.

This series is three years old. On the first year, with a simple invitation sent to people who had read Chris' books, he got 500 people. Year two, he got 1000. Year three: almost 3000. And these tickets were sold out on the first day they were put up for sale. With no advertising, no publicity, no sponsorship. 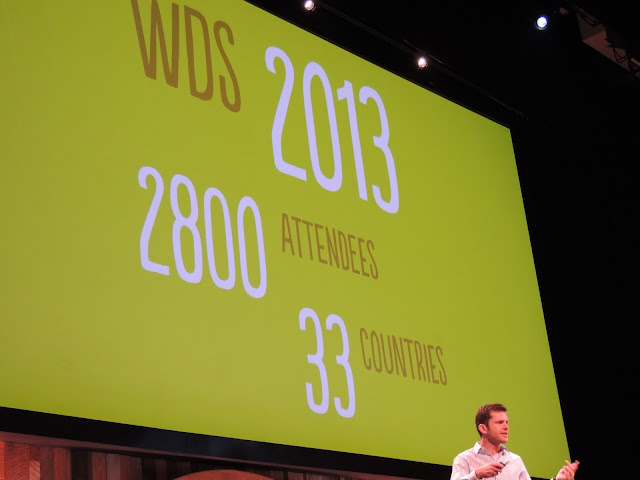 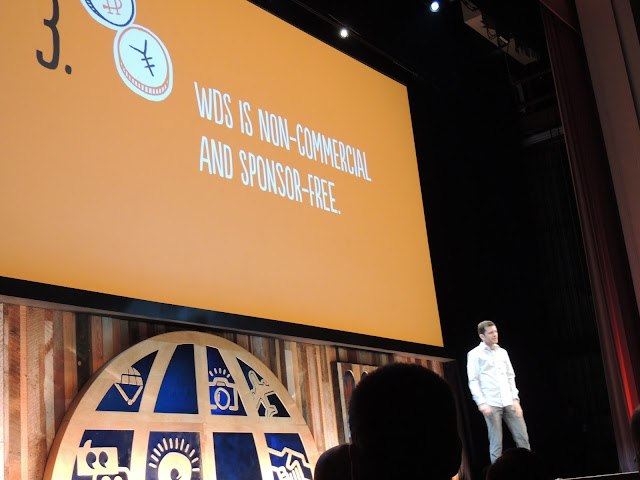 I had to admit it. I was hooked.