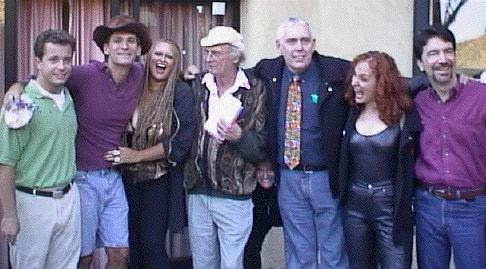 He was a friend of ours. I'll write more once I've had a chance to collect my thoughts. Meanwhile, here are a few random shots from the Bonus Round Diary: 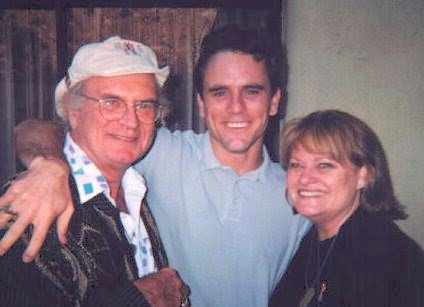 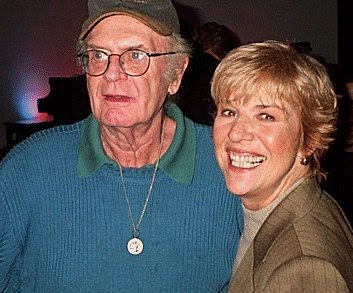 The caption for this picture read: The great singer Karen Morrow, right, with Charles. Every time Charles sees a picture of himself he says, "I look so old." He said to me once, "I used to be young and beautiful." I said, "No, you weren't." Everyone loves him.

Yeah, they did. He wasn't always an easy guy. But, in the end, everyone loved him.

Mr. Reilly’s openly gay persona was many years ahead of its time on television, and it had its risks. He recalled being dismissed early in his career by a network executive, who told him that “they don’t let queers on television.” Paul Linke, who directed the one-man show, said Mr. Reilly later had the last laugh when he would page through TV Guide and count how many times he was on the air that week.

This is sad to hear.

I met Charles Nelson Reilly at the Laguna Playhouse after a performance of The Last Session, but I had 'known' him and loved him through many years of stage & screen!

CNR will be happily remembered and sadly missed!

Before I ever saw CNR, I heard CNR. It was on the Original B'Way Cast Album of "Hello Dolly" and I was 15 years old.

When he sang, "way out there beyond this hick town, Barnaby, there's a slick town, Barnaby" he was singing directly to me, a lonely, scared gay teenager in Wilmington, Delaware.

Just the sound of his voice gave me hope because although it didn't say so anywhere on the liner notes, something deep down inside me just "knew" that Charles and I had a lot more in common than just a love of musical theater.

So, on behalf of lonely, scared gay teenagers everywhere, thank you Mr. Reilly.

I truly hope that "way out there beyond this hick town, Barnaby, there's a slick town Barnaby" for you, too.