[On May 8th, 2007, I was invited to play and sing on John Lennon's piano, the one upon which he wrote the song, "Imagine." It was the anniversary of the death of Bill Clayton, a 17-year old who committed suicide after a gaybashing and the piano was there as part of the IMAGINE Piano Peace Project, sponsored by George Michael (the piano's owner) and Kenny Goss, his partner in life who owns an art gallery in Dallas.]

I literally woke up at 1:30 the next morning after our event at the Clayton's with this overwhelming feeling that something was... not wrong. Just, well...

After the celebration was over, a reporter -- a girl across the street who was hanging out by the truck -- got this rather conspiratorial look on her face and asked me, "So..." she said leaning in just a bit, "...did you feel any energy coming from the piano?"

I thought to myself, if John Lennon had heard this question, he'd have laughed in her face.

For years now, I've been reading up on the Gandhi/King theories on peace activism. I've participated in events, such as a march on Jerry Falwell's church. I've engaged in debates on the internet with maniacal religious people. And I've been writing this
Peace Cantata or Song Cycle / whatever it is.

I wanted to tell the reporter, "Uh, no. It's just a piano." The one thing about John Lennon that I believe, even though I never met him, was that he hated bullshit, especially when it came to the metaphysical. He didn't believe in magic or gods or fairies or "energies" coming from a piece of wood. (My song "Holy Dirt," is about how, when we ascribe "holiness to objects, people start to die.")

As momentum for this project picks up, people are going to start trying to turn the Imagine Piano into a Magic Piano. Trust me. This is what people do. They are going to try to imbue the piano with metaphysical energy and it's going to be tempting for all involved to allow it to happen. I am imploring them to resist this with all their hearts. 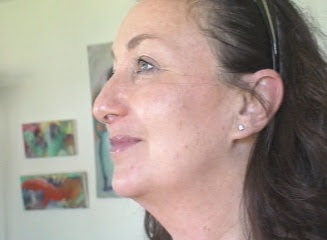 What I loved about our modest event was that Caroline kept it as an art project. Though we invited local press, we didn't hang banners or streamers. We didn't have a parade of public officials. They didn't invite celebrities or stars. I was there because I have a personal connection to the story of Gabi Clayton and it was she who asked them to bring me there.

They allowed the event itself to provide the meaning. We had a simple, unadorned memorial service for a lovely young man, a 17 year old who died of abject fear of more violence. And we had a celebration of his family's ability to survive the hate and turn his life into something much more meaningful than simply, "Our son's dead." 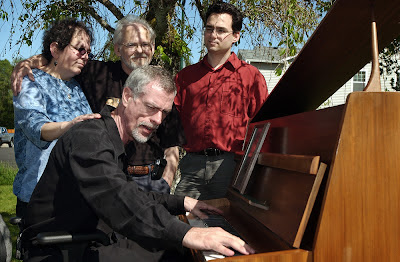 The piano itself is not magic. There was no "energy" coming from it apart from the energy that vibrated off its strings and sound board. No, it was much, much better than that. If we give all our power to a magic piano, then we will expect it to do all the work for us. But it can be a point of inspiration. Its musical energy and sound inspired a great song. And now, thanks to George Michael and Kenny Goss, it continues to inspire, through this unique project, by being transformed from a thing that creates art into a work of art itself that honors life.

Yesterday, a good friend of mine -- a musician -- asked me the exact same question as the reporter. "So, did you feel any of John Lennon's energy coming from the piano?"

My answer was simple, "No, not from the piano" I said. "The energy of John Lennon came from the people around that piano." They, and only they, the human beings on the lawn that day were the ones channeling the spirit, if you will, of John Lennon by standing up and speaking against hate, violence and war. The power and the meaning of it all came from the people surrounding the piano. Those people holding hands and singing along with tears in their eyes, rededicating themselves to relentless non-violence. 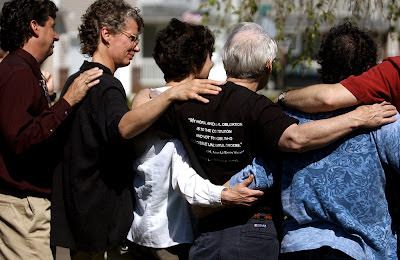 The piano is nothing more than a token. A symbol. The beauty of this project is not that Lennon's piano has some magical force to it. It's that Caroline, Ken and George decided to give it meaning by putting in a place where people could bring meaning to it. And that is true art.

I hope they'll call on me again some day, maybe for an AIDS benefit or perhaps another place where the Lennon piano is being exhibited. I'm not famous. I won't bring out the flashbulbs or the paparazzi. I'm too old to be a rock star and too stubborn to write meaningless drivel. But I believe in the work that I'm doing, as humble as it may be.

Being a part of this project is probably the greatest honor of my life. But, oddly, not only because John Lennon's piano was there. That might be the headline, the thing that drags out the media, but I felt honored by the sense of beauty and heartfelt community that we experienced that afternoon. The fact that we all brought forth the spirit of John Lennon, reminding us that a great man's work doesn't die just because he does.

The people, the press, the well-meaning hordes will try to turn the piano into a magic piano. I hope they don't let them. I hope they remind people that it's only wood and steel. Remind them that the true magic happens when we take tragedy and turn it into victory. When we create peace and love in our hearts and in the lives of the people around us. The magic happens around that piano just as a musical instrument can do nothing until someone picks it up and begins to play.

The true "magic" will be in the heart and eye of the person who sees the art created in the picture album and on the documentary, who hears the stories and the music. The magic and the power to transform ourselves and our world is in each and every one of us.