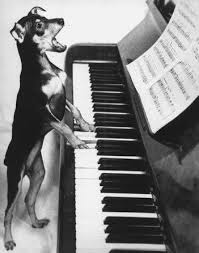 I might have mentioned this before, but it didn't hit me how glorious it all was until I got home and found a stack of birthday cards & letters. Jim knew that I've been itching/DYING to get back into my favorite recording studio and make a new piano/vocal recording just like in the old days when I was creating the score for The Last Session. At the time, it was out of necessity because I had NO money whatsoever and so I would end up piggybacking an hour from someone else's session.

But in order to make the session work, I had to know the material well enough to sit down and record the entire album in one sitting with no playback, no editing, no nothing. Live in the studio.

Now, for those of you who don't make records or work in music, you might think this is not that big a deal. But I can tell you that it's almost unheard of. NOBODY just sits down and records an album that way. They will record a take. Stop. Listen to it. Record it again. Stop. Listen to it again. Make corrections. Fix errors. Re-record over the top of that, etc. In all, one usually reserves three hours PER SONG on a BUDGET CD. So, three hours per song is usually the absolute MINIMUM time you reserve for making a record.

Actual signed artists with big budgets will spend HUNDREDS of hours on a single record.

But, as I said, out of necessity, I recorded the songs for my first CD in one hour, top to bottom. Finished, over and out.

At the time, I felt I was making an inferior product, of course. I had been trained to think that it all needs to be PERFECT. That "stuff" needed to be added. That "sweetening" was required.

As time passed, though, I found myself returning to those original sessions and loving them above all the other recordings I had ever made. The purity and the passion, the rawness and the fact that they were NOT processed into the pop gluck that passes for music we hear on the radio these days -- this very quality is what I (and others) prized so highly.

So, for my birthday, I told Jim I wanted a session just like at the beginning. Just me and the piano. Perhaps a friend or two who might want to join in and sing. Who knows. I'm making this up totally as I go along. But the point is to do it live, keep it real, and live with the results. Knowing my birthday was coming up, friends were asking Jim what I wanted. When he told them, they all decided they wanted to be a part of it. So, 10 bucks here. 20 bucks there. 100 bucks there.

I sent a note to Randy Tobin, in whose garage studio I recorded the original tracks. Told him I didn't have a whole lot of money (the going rate for a studio of that size is between $80 & $150 an hour), but could we make a deal to reserve the studio for a night.

And now the real work begins. As most of you might know, in collaboration with Amy Lynn Shapiro, I've been writing the score for a new show. Some of the songs I've had around for awhile, but most of the songs are brand new. So, for the next few weeks, I'm going to be obsessing and rehearsing over this score. Then, when the time is right and I feel like I'm ready, we're going to go into the studio and throw it down.

Unlike my past records, this one will not be autobiographical. It's going to be just, well, songs! Not everything has to be about me, you know. (At least, that's what people keep telling me as I just look at them quizzically). So, it will be a bit different. It's an experiment, really. This will be the first show I'll be making an attempt to really write for other voices, other points of view. The confessional singer/songwriter is going to widen his horizons just a bit.

But, to get back to the point, when we got home last night, I was greeted with a stack of cards and letters from all the people who wanted to be a part of this gift. And, in return, I'll send them the first copies of the session (whether they want them or not). Then, we'll see what we can do about making them available to anyone else who might be interested. What I can tell you is that our new show is taking shape quickly and we hope to have it finished by the end of the year. Already, several theatres have contacted me about it because they feel like a new show about...

Well, I don't want to give too much away, too soon... but they think it could have great audience appeal.

Not everything has to be about me, you know.

I have give you this easy lay-up and that's the best you can do. I'm so disappointed.