I can't believe it's already our last week here in Tucson, but the truth is, as much as we love the people here -- and we really do -- it will also be nice to be home for awhile (except for the following's quick weekend trip up to Indio for two performances of "Zero Hour").

We realized last night that we've been almost continually on the road (or on the seas) since last November -- and we miss our home, our kitties, our everything.

However, if we were going to end our busy period on a high note, we couldn't have picked a nicer place. The houses here have been near sell-outs each night. The people, even though they are a little older than we normally experience, have been PASSIONATE about the play. It's really lovely. And there's a part of me that believes that we've been able to educate folks about what a "gay marriage" really looks like. (i.e. we're just folks, too).

I also met, in person at long last, a young man I've been corresponding with through the Net for a very long time. His name is Alex and he was very active in the student groups at University of Arizona. He and I had lots of email conversations about life. He's now graduated and has a great job at a local TV station. 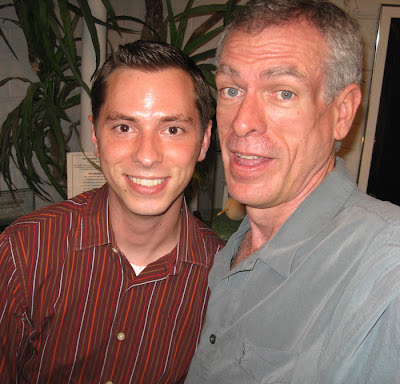 I also met a guy named Kevin who runs a theatre company here in Tucson. He told me in the "hug line" that he was a huge fan of The Last Session, having seen it three or four times in New York -- and that the score was a huge comfort to him during a time of personal crisis. He also teaches drama to high school students here and from his stories, I could tell that they are very lucky kids. He seems to care about them very much. 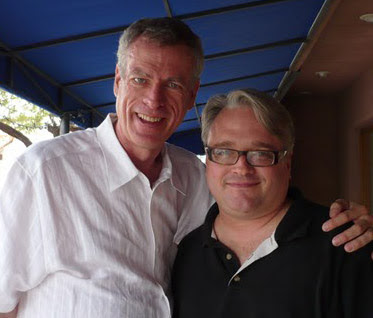 So, there's really not a lot to tell except that we're doing well. Everyone is happy. And maybe we'll even get in the car and go looking around this place at some point. God, we're such terrible travelers. If the sights don't come to us, you can't drag us out of our comfy chairs.
at October 03, 2007

Email ThisBlogThis!Share to TwitterShare to FacebookShare to Pinterest
Labels: The Big Voice, tucson

It was so good to finally meet you in person! I'm also glad you had such a good birthday in Tucson. Take care, good friend! We'll talk soon :)