Olympia is Holy Ground for me.

It's where I played John Lennon's Imagine piano. (My brother ridicules me on this, saying he touched Ian Anderson's flute or something). But forget them! Onward we go. 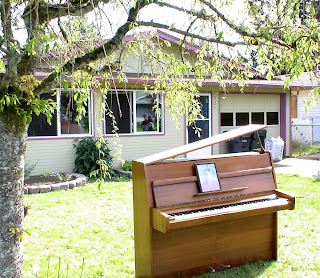 That moment fired a musical insurrection in my soul which turned into a free-form piece called New World Waking, a kind of folk theatrical even that, like Spider-Man costume, conforms to the talent at hand. 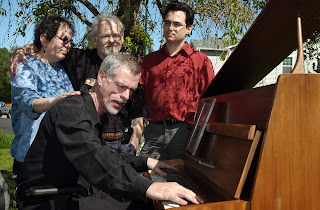 This time around, I will be conducting a workshop for students from South Puget Sound Community College, some or all of whom will be joining me on stage.

We also plan to have at least one great local guest artist, depending on which persona he thinks is most appropriate.

WHAT: A "Steve Schalchlin & Friends" concert.

I will have more info, like how and where to get tickets, soon.