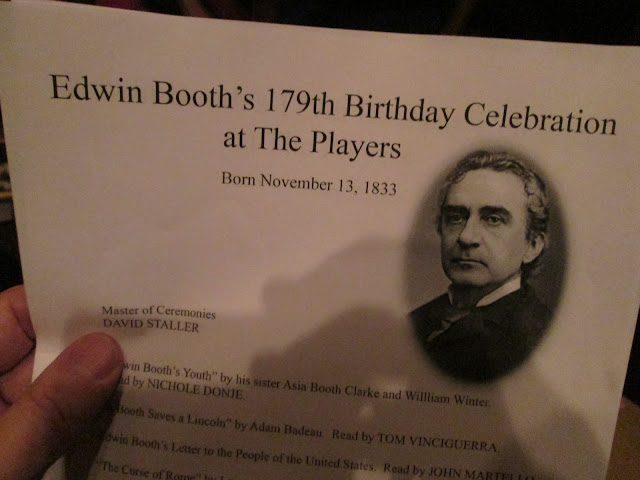 Edwin Booth was the most famous, respected and celebrated actor of the 19th century. The Players Club was his mansion on Gramercy Park, which he donated as long as he could live on the upper floor. His apartment is still there, exactly as he left it. There's even a skull someone donated to him for his performances of Hamlet, which was his most famous portrayal. 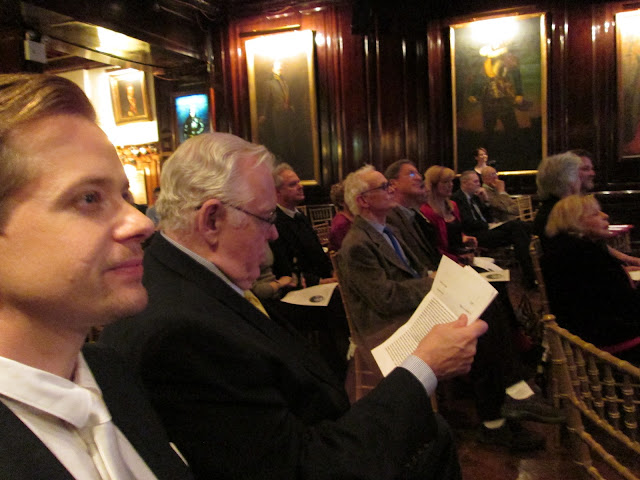 The Master of Ceremonies was David Staller, who produces the fantastic Shaw Project there at the Players. Jim and I were sitting with Keith Merrill, who produces a wonderful Noel Coward themed series of play readings. There were several speakers who told the story of Booth. Particularly, the shame he felt after his brother, John Wilkes, did that thing that he did at Ford's Theater.

Tom Vinciguerra read a story about how Edwin Booth had, unknowingly a few years earlier, saved the life of Abe's son, Tom, when he almost fell off a train. "A Booth Saves A Lincoln." Then, John Martello read Edwin's Letter to the People of the United States, denouncing the horror caused by his brother.

After the short readings, we watched a slide show produced by Elizabeth Jackson. Then, took candles and went into Gramercy Park and laid a wreath at the statue of Booth. 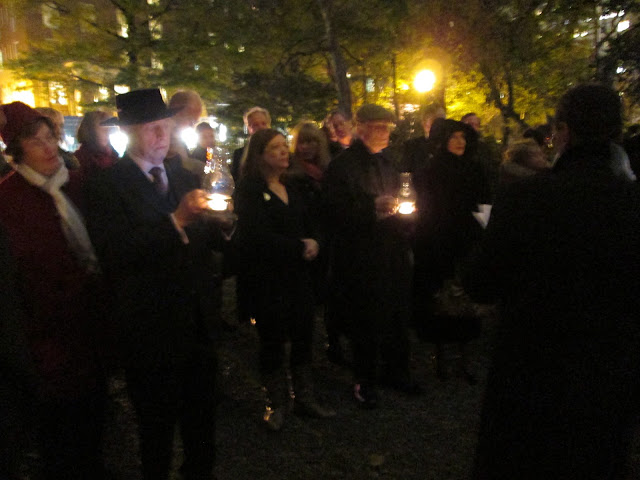 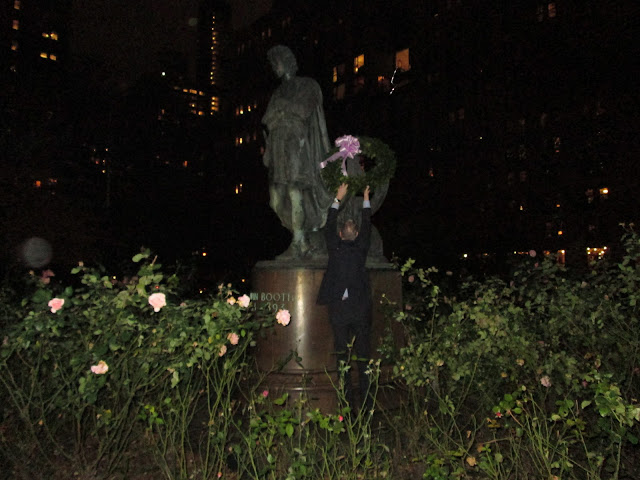 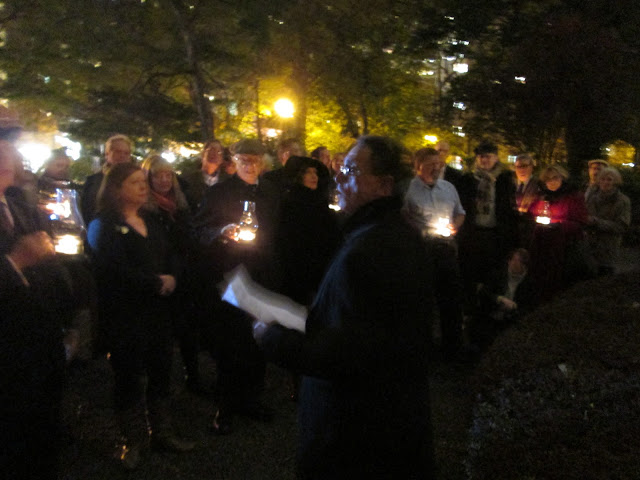 History is fragile. It gets lost too easily. I love little ceremonies like this. The Players Club was a daring adventure in the beginning. Imagine society men hobnobbing with actors!

The story of how the skull (formerly belonging to a highwayman who went by the name of Fontaine) should be on the Players website under its history link or under the Booth bio link, unless the club has since changed things since I wrote the history and bio pages for the club several years ago. I am a third generation member of The Players and, as far as I know, the first female to be a third generation member of our venerated club.

Leslie, thank you for that contribution. I don't know the whole story.

Now...they say we can give to the employee holiday fund...hmmmmmm...