Look! Jim shaved his beard. And he's lost a lot of weight, which he very proudly shows off to everyone. 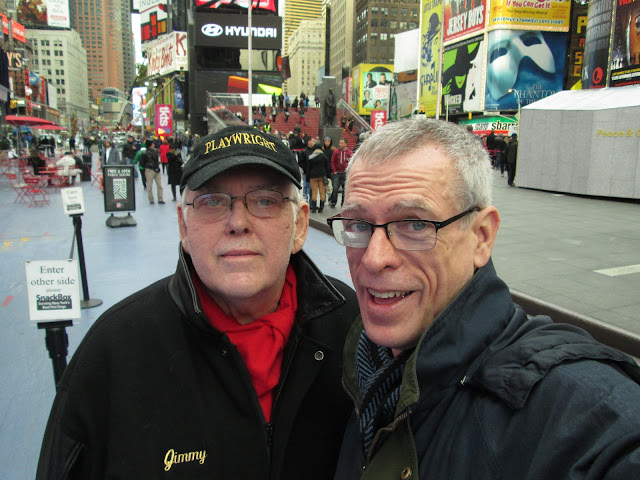 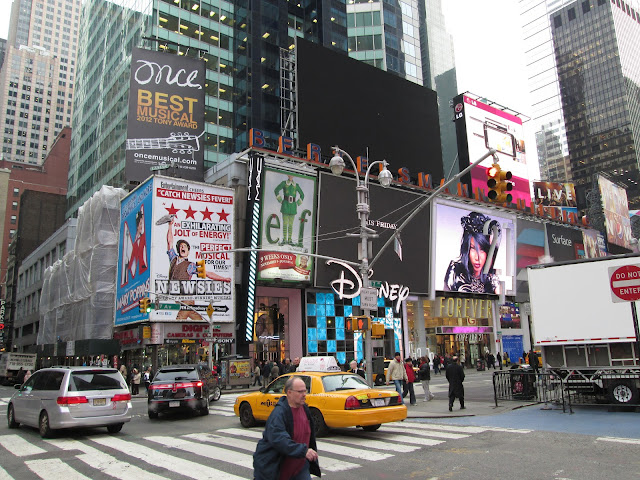 So, we were standing in Times Square, looking around, when we suddenly spied this stripped down building, which normally has been covered with huge billboards: 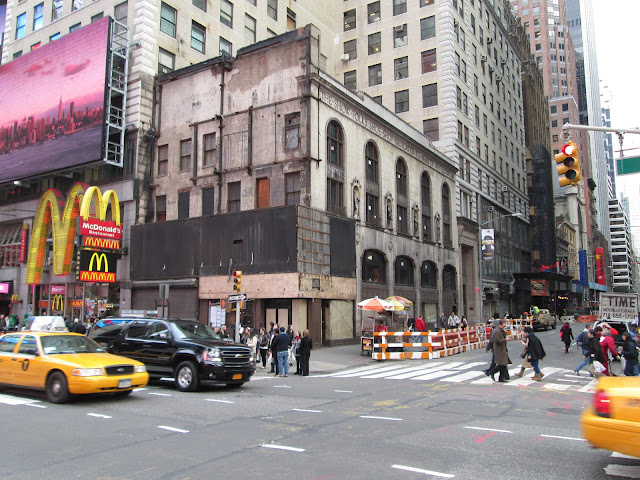 Jim said, "Look at those statues. Have I ever seen those before? I don't remember them." I crossed the street to examine it more closely. Clearly, someone, in renovating this building, has revealed a facade that's been hidden away for a very long time. My first thought was that the statues were generic statues of the type you might find in someone's back yard by the fountain. 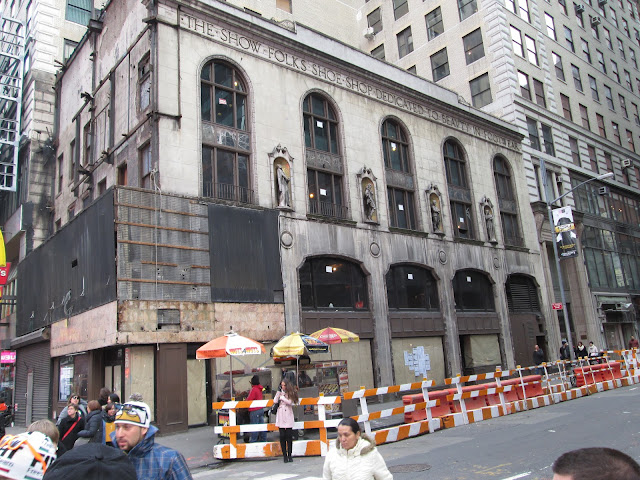 But then I saw the inscription chiseled across the top. The show folks shoe shop? Really? 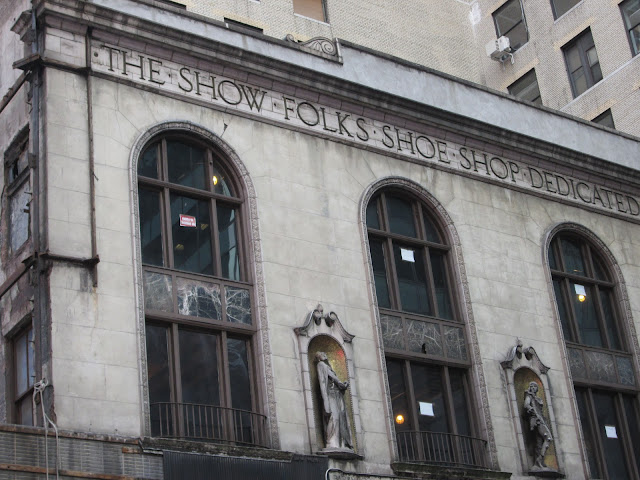 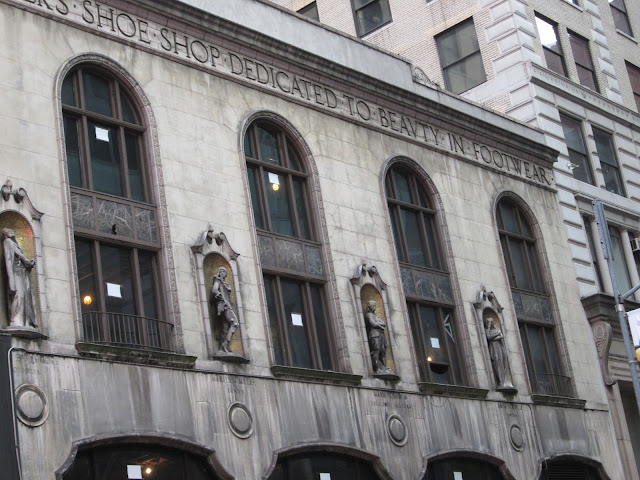 Then I zoomed in on the first statue. 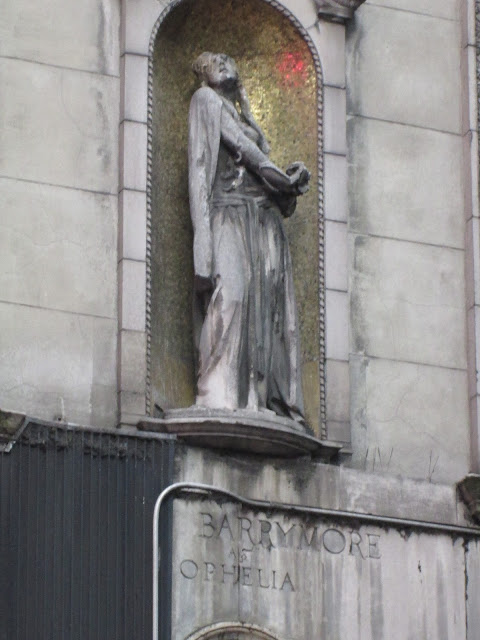 Mary Pickford as Little Lord Fauntleroy?? How old is this building? 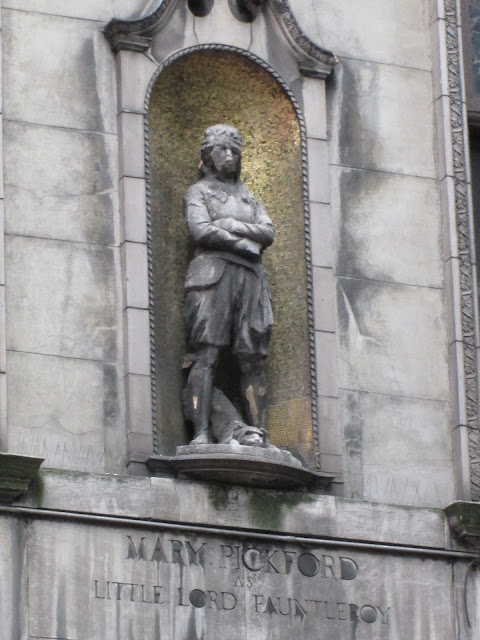 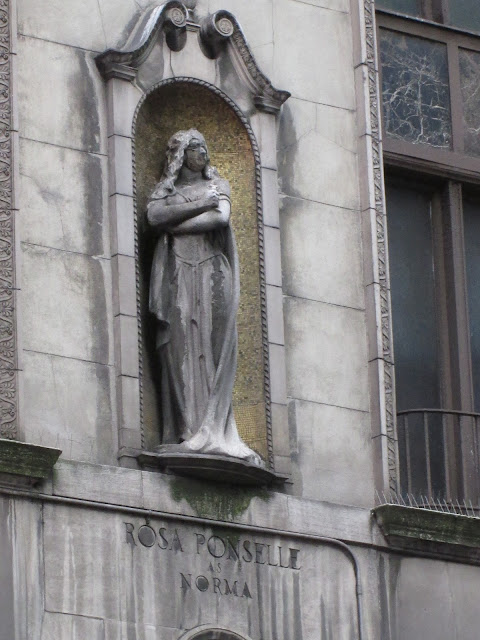 Rosa Ponselle? Even I don't remember that name. (She was an opera singer.) I quickly called Jim over and said, "This is even more interesting than we thought.." 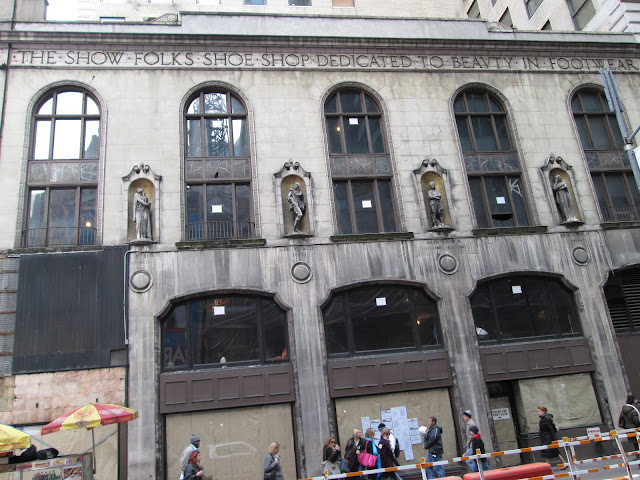 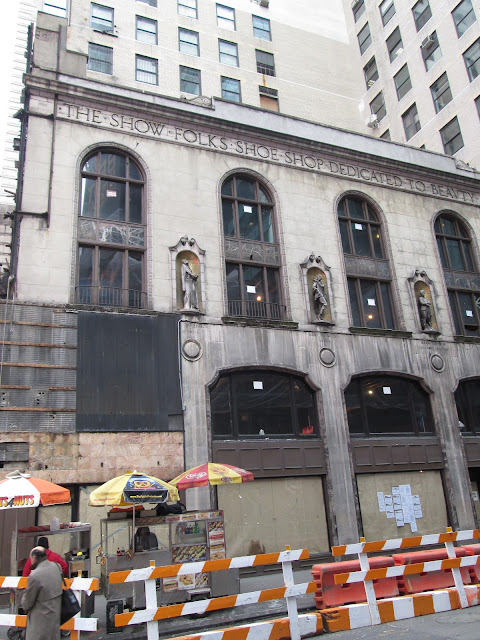 After we got home, Jim found this link at Theatermania.

In the book Forgotten New York: The Ultimate Urban Explorers Guide to All Five Boroughs, Kevin Walsh explains how these actresses were chosen:

"In 1927, the I. Miller company took the public vote to determine the most popular theater actresses of the day, with the idea of placing statues of them above their new seventh avenue store. The results came in, and sculptor Alexander Sterling Calder was chosen to depict them in some of their most famous roles."

The business of making shoes for leading ladies is much different than the Al Bundy shoe business. 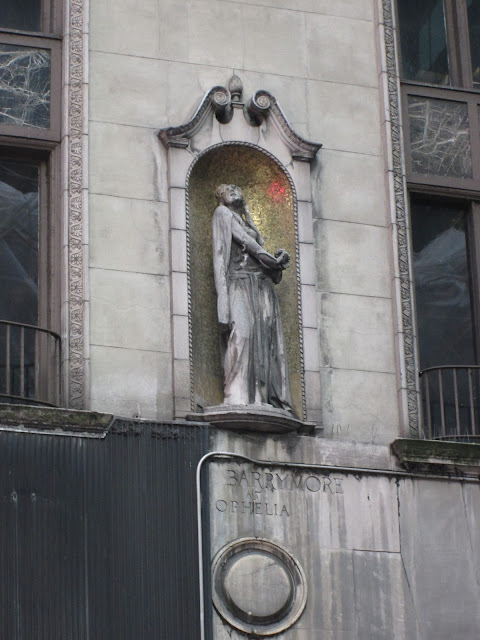 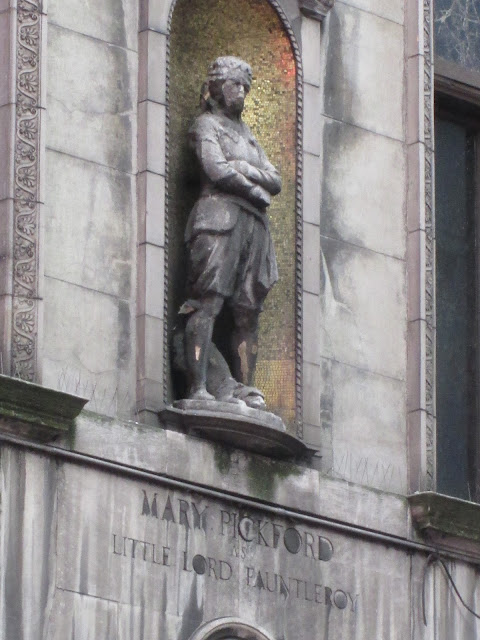 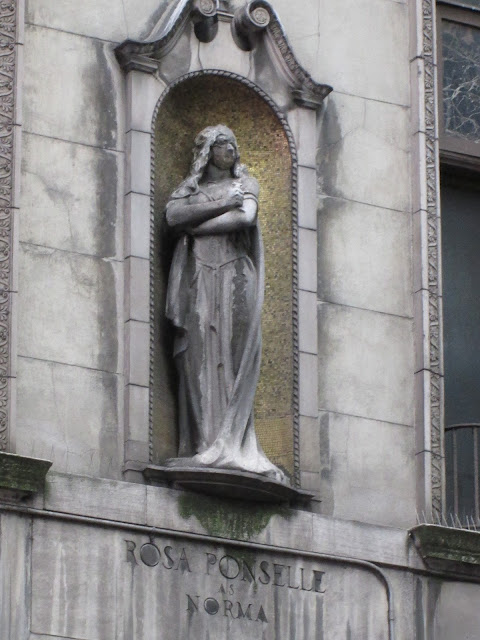 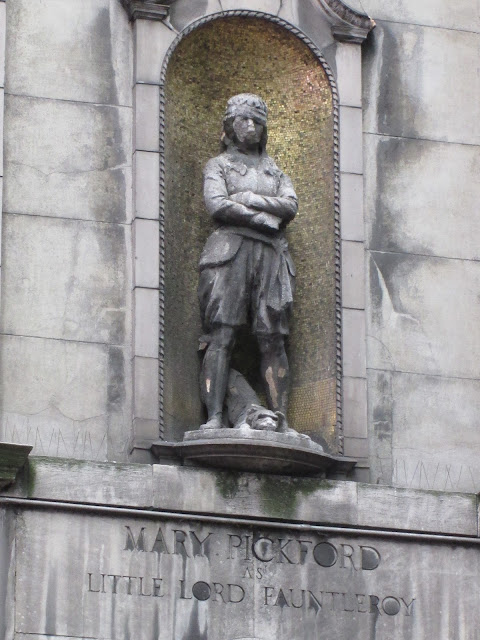 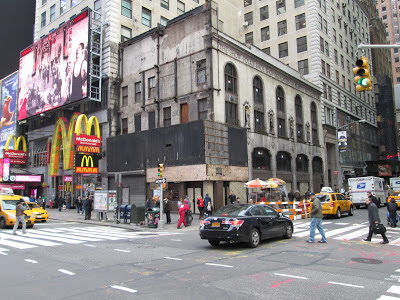 I hardly recognize Jimmy! Good on ya! And what a find that building is!

While the front of that building was covered up by TGIFriday's signage until only recently, the side with the sculptures have remained uncovered for quite a while. I would often stop and marvel at the sculptures when I'd go to the Equity building.

The sculptor Calder was also responsible for the sculpture of George Washington as President on the Washington Square Arch (and is the father of modern artist Alexander Calder, famous for his enormous mobiles).

Jim looks great! and I LOVE that building...that deep rooted history is what I love the most about NYC