The SFGMC did win an OUT Music Award.

Since I didn't hang around at the awards the other night, just to sheer exhaustion, I fear I overlooked the fact that the San Francisco Gay Men's Chorus did win an OUT Music Award the other night, even if our one song didn't. 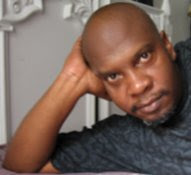 The OUTMusic Awards were held in New York City on December 8, 2009. SFGMC won the award for Outstanding New Choral Song, for the song "We Looked To The Future," which is the opening track on our double CD set, Creating Harmony, featuring highlights from our 30th season (2008). The track was recorded live at Davies Symphony Hall on May 15, 2008, and features soloist Edward "Moose" Maravilla, along with the full chorus and the Community Women's Orchestra. The song, with lyrics taken from Thomas Jefferson's writings, was written by gay composer Steve Milloy, (pictured), who is a renowned composer, arranger, voice teacher and pianist, published by Oxford University Press and Yelton Rhodes Music. Steve allowed me to orchestrate the song for our concert, so it was a real team effort. To hear an excerpt of the song, visit: https://www.sfgmc.org/mediaplayer/index.html

SFGMC also received nominations for our 2009 recordings Tune In, Turn Up, Sing Out and A Few Licks, and for our 2008 DVD, U.S.S. Metaphor.