Living in the Bonus Round 2010 to the Rescue!

On Wednesday night, I witnessed a remarkable and life-giving event. The sight and sound and sense of Steve Schalchlin’s music and lyrics—performed with his partner, Jim Brochu, and some of his brilliantly talented friends—filled the sanctuary theater at St. Clement’s with electricity, and from start to finish it was a sublime experience.

When Steve opened with his gripping song, “Connected,” I realized I was being drawn into holy union and relationship with everyone present—performers and audience alike.

The whole evening was a profoundly loving display of the truth in the opening song: It’s good to be connected with each other.

I am sure that Steve decided to open with that number in light of the fact that the Bonus Round concert, as it turned out, happened just a day after our sisters and brothers in Haiti were suffering terribly from the catastrophic earthquake that happened late on Tuesday.

[She is correct. -Steve]

And so, on the day of the show, the scope of the benefit—originally conceived and dedicated to help fund the Food Pantry and Free Vet Clinic at St. Clement’s—was widened to embrace the acute and urgent need in Haiti. 50% of the proceeds from the evening have been dedicated by St. Clement’s to the relief efforts in Haiti.

The concert rescued and redeemed a day of great sadness in the world, and the music from start to finish was brimming with hope and confidence that the world and our own lives can be made new.

Even though Steve (raised Southern Baptist) and Jim (raised Roman Catholic) do not regard themselves as particularly religious, I am convinced that their music is God-haunted—theologically loaded through and through.

When they sang to each other from The Big Voice: God or Merman?, I could see and feel how much they love each other—deeply enough to tell the whole truth about relationships—the glory and the grief that can happen when you truly love somebody.

The whole evening raised us up and drew us closer to the light, so that we who were there could see everything in a new light. The music made me want to be more faithful and steadfast and true in my vocation as a priest—and in all of my relationships.

I am a vicar of an Episcopal Church that houses an Off-Broadway theater, but Wednesday night I stood on the threshold of the kingdom of heaven, thanks to Steve Schalchlin and company. The splendid sounds of Jim Brochu, Stephen Bienskie, Amy Coleman, Michele Mais, Jennifer Wren, and John Fitzgerald made the whole concert a little bit of heaven right here and now. Who could ask for anything more? 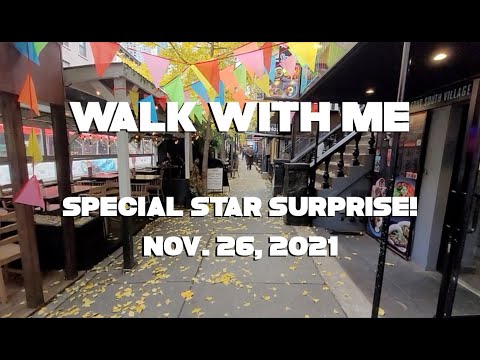