Some Random Photos from Norwich 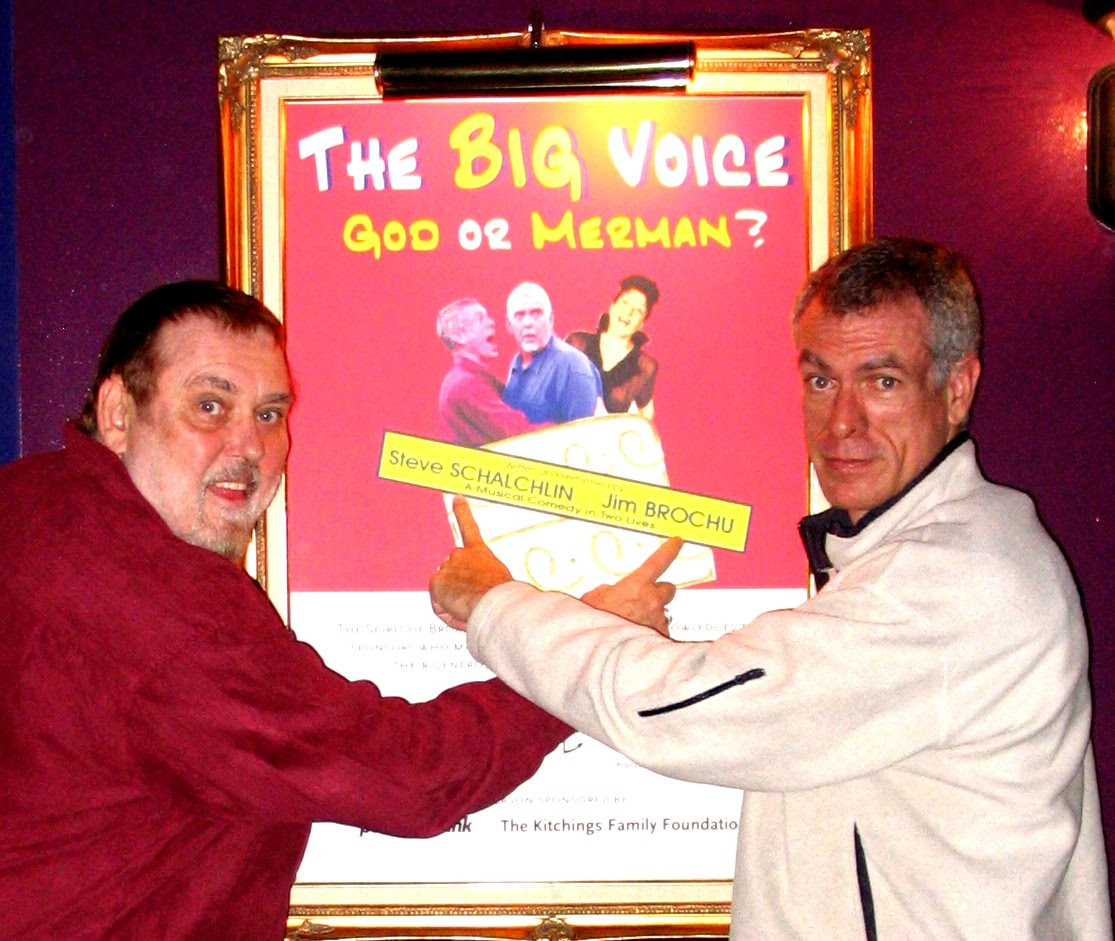 By the end of the second week of our run here in Norwich, we were selling out the house. It's really funny, but this past Thursday was GLBT night. We had a large group of high school kids from a local Gay Straight Alliance, so the crowd was on the young side. They were also kind of quiet in terms of audience response. So, since Jim and I use a lot of celebrity references of people from back before most of them were even alive, we thought the show was going right over their heads. But not so. Meeting them afterwards, they absolutely LOVED Big Voice. It was just one of those nights where people were taking our message very seriously.

This next Friday we're going to make a few personal appearances around. On Friday, we are going to visit this school. They said that at their last GSA meeting, they had upwards of 70 kids! GSA's are a mixture of straight, gay and lesbian kids who meet to give support to one another. It's a great program and I look forward to making a presentation.

The Thursday before that, I'm going to be traveling to Framingham, Massachusetts to visit a good netfriend of mine who is an elementary school music teacher. I'm going to be giving a seminar on songwriting to his fifth graders. That one is going to be GREAT fun! I used to hold songwriting seminars in Los Angeles, and I loved doing it, so I have to remember all my rules of thumb.

Meanwhile, this past weekend, more old friends dropped in.

But first, here is a photo of Jim, Janet, Brett the artistic director, Karen and myself. This is the group that traveled to the casino last week. Janet is Brett's mom. Karen is a volunteer at the theatre. 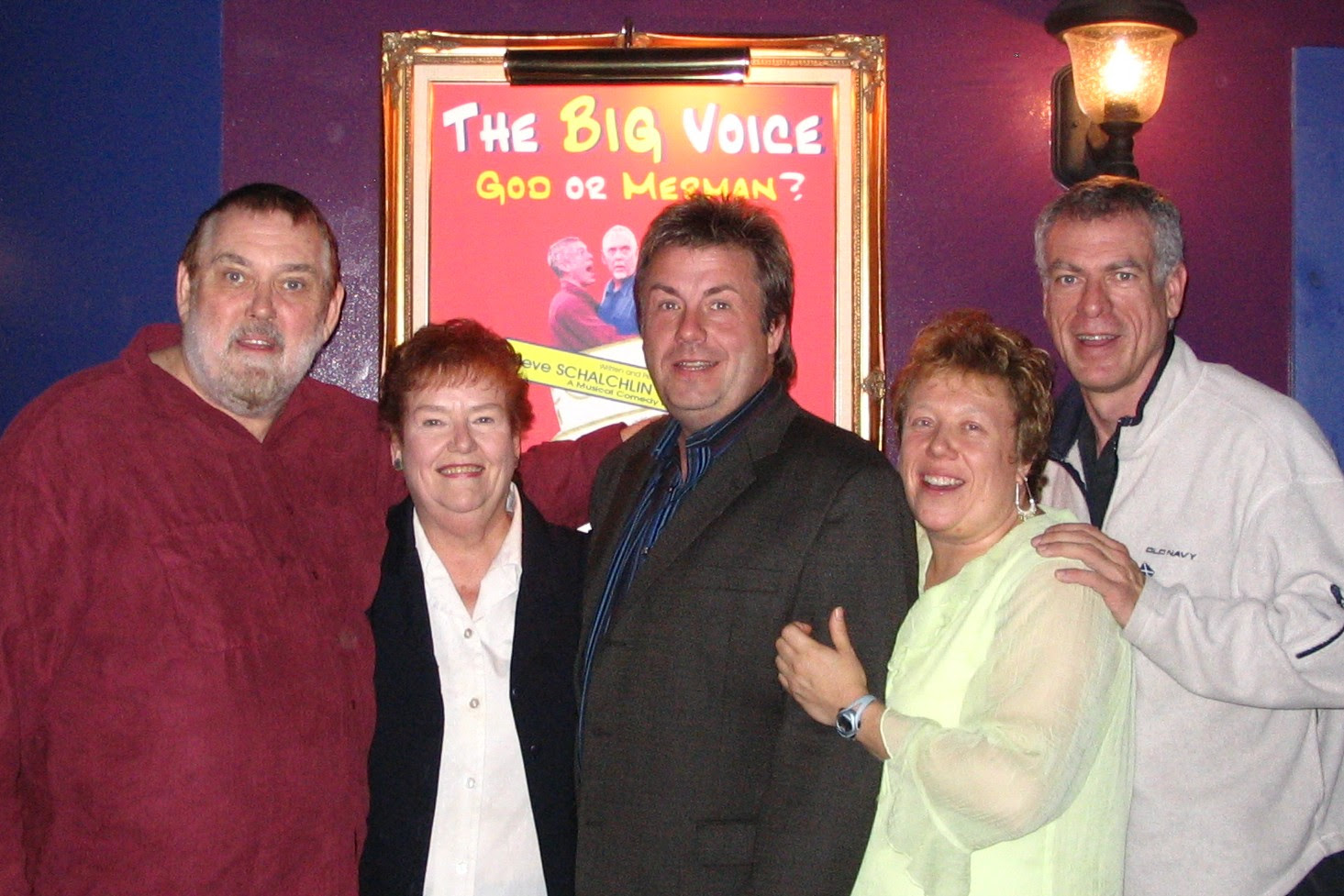 This is me backstage before going on. I always bring a novel to read before a show. It gets me into a nice "zen" mood. In this photo i'm either adjusting my glasses or picking my nose. I can't tell which. 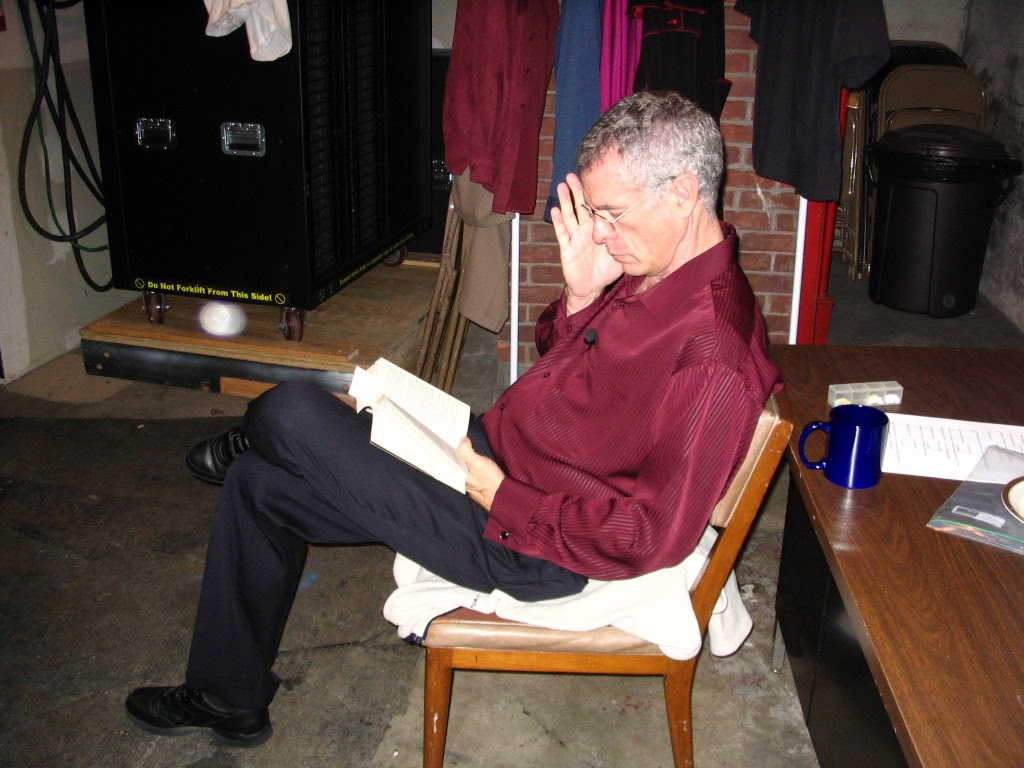 In this next photo, Jim is offstage during "James Robertson" so he took a pic from the wings. You can see how close the audience is to us. The photo is a little fuzzy because he took it without a flash, but I thought you'd enjoy seeing an "action" shot. 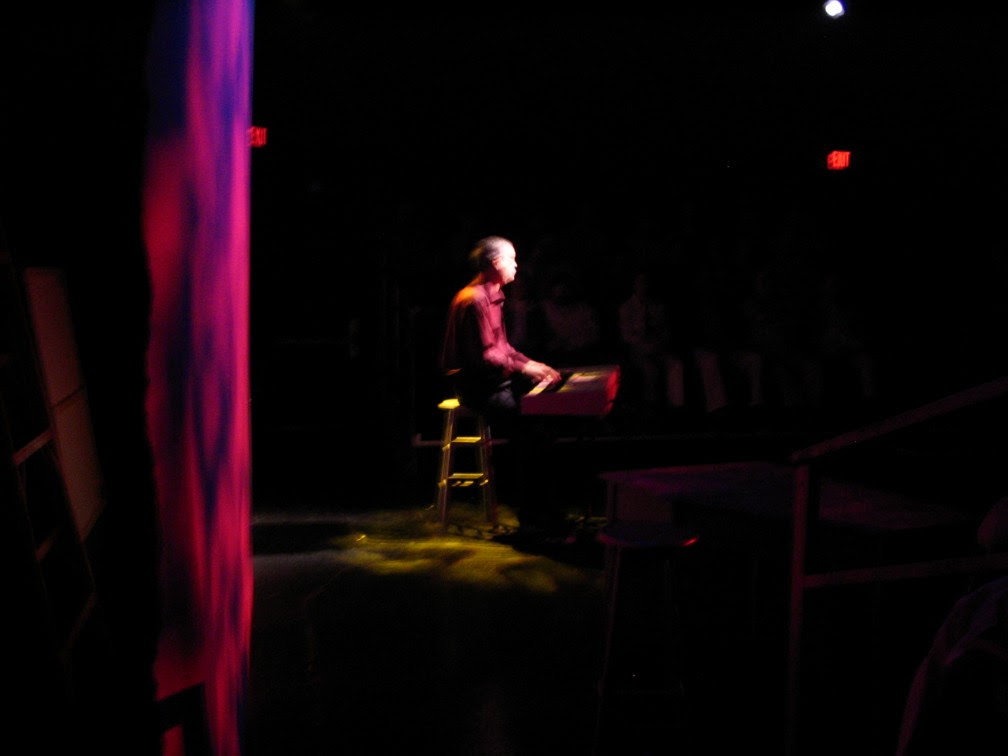 Here is Jim's old friend Frank Jackson, who was the musical director for a time down at Surflight Summer Theatre in Beach Haven, New Jersey, which is where Jim learned his theatrical craft. It was a summer stock theatre where they had to perform 12 musicals in 12 weeks. It was probably more like musical comedy boot camp. 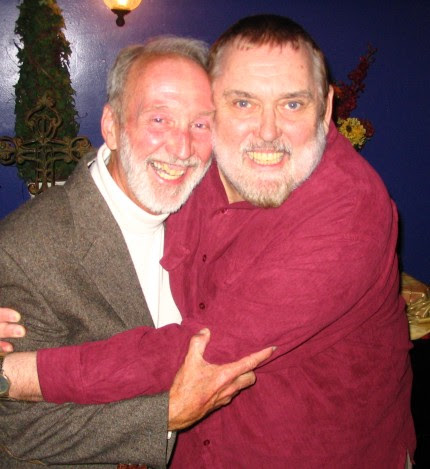 Also in attendance were two dear friends I met through the great website ExGay Watch, which hold the "exgay" movement accountable for their lies and deceptions. Steve Boese and Mike Airhart. It's probably one of the few websites on the net that actually strives to be fair to the "exgays" while still examining their every word and deed as they hide behind ministerial clothing while fighting a political war against us and our lives. The exgays hate them, of course. But then, they always hate being held accountable for what they do in the name of God. They live in a little fantasy world where James Dobson feeds them money and headlines, and they can pretend they're doing ministry while waging war. Ex-Gay Watch doesn't let them get away with anything. Bookmark it and be prepared to have your eyes opened to the realities of those who think they have to wage war in the name of Jesus. 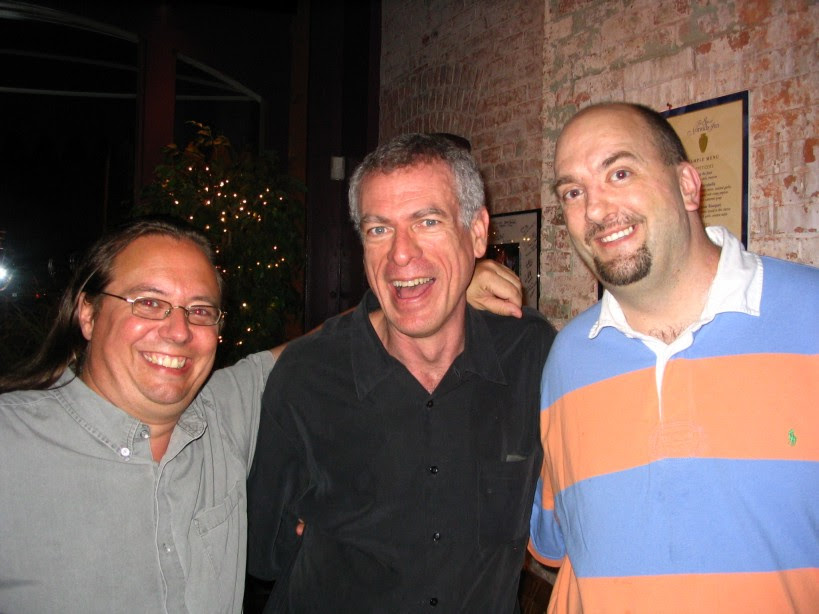 One of the purposes of "Big Voice" is to let people see what a real gay marriage looks like, warts and all. We're just people, folks. You can lay down your weapons now. We promise we won't invade your homes the way you're invading ours.

Looks like you're sucking your thumb, not fixing your glasses or picking your nose.