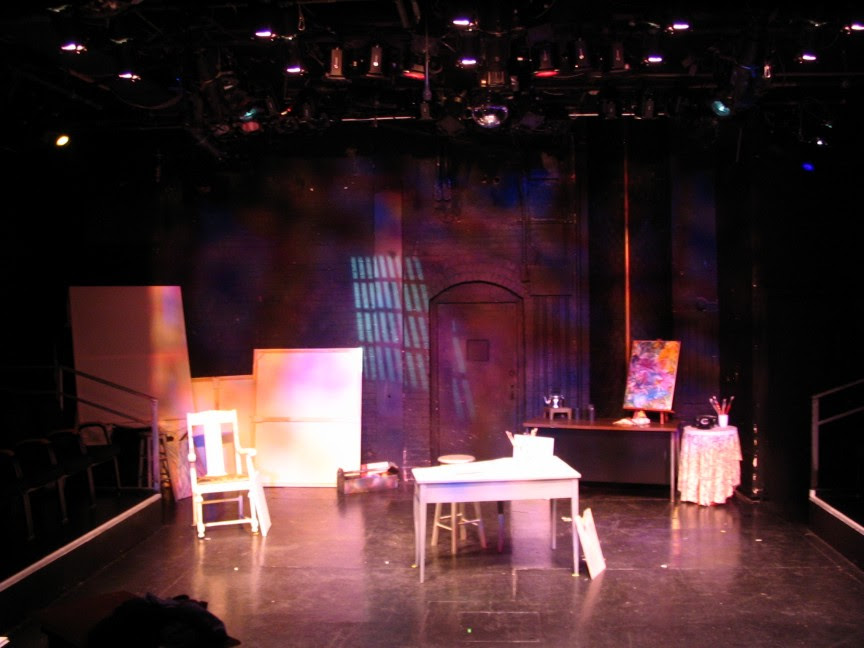 Above is the set for "Zero Hour" in Norwich. The theatre is built into an old firehouse, so there is this fantastic brick wall already there, which is exactly right for Zero's studio. Also, if you look closely, you can see the fire pole the fire fighters used to slide down. Brett did a great job of dressing the set.

I shot this moody pic of Jim as he was rehearsing: 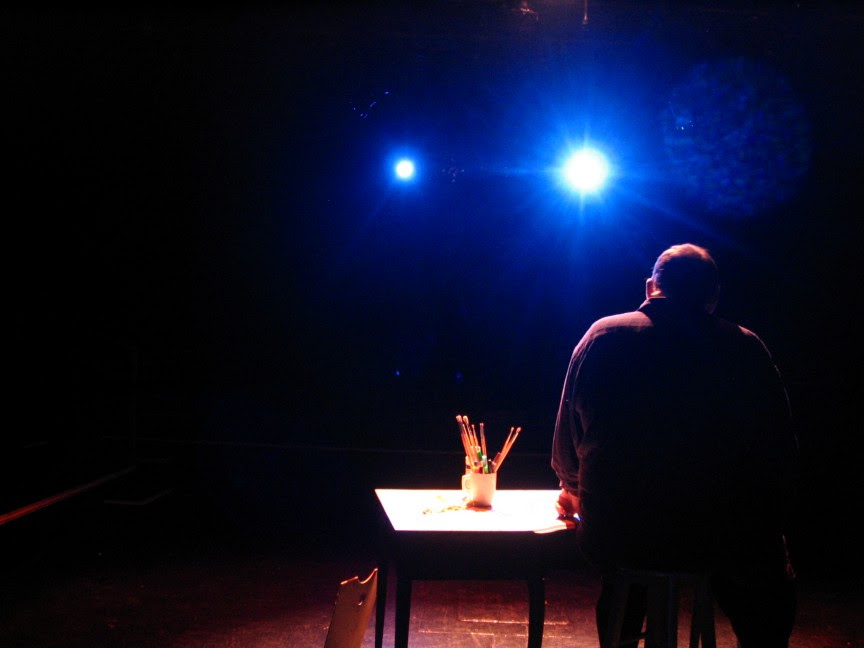 They had a nice little spread of food laid out for the people who came. Jim did this as a special benefit fundraiser for the theatre. I'm standing with our lighting designer, the brilliant Glen. 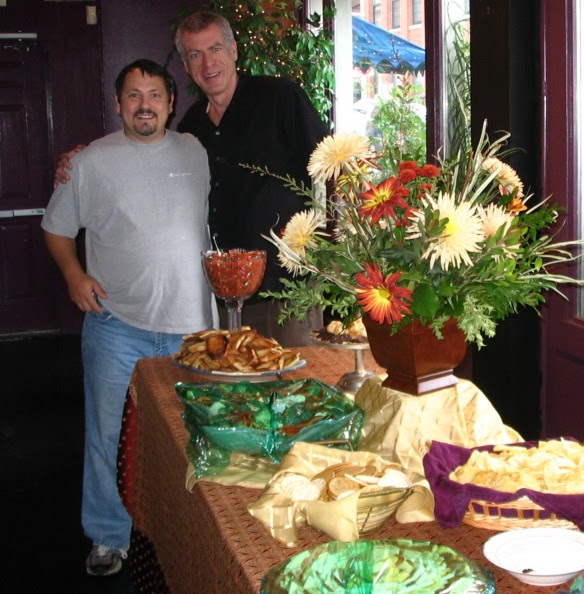 Offstage, I took a few shots of Jim performing: 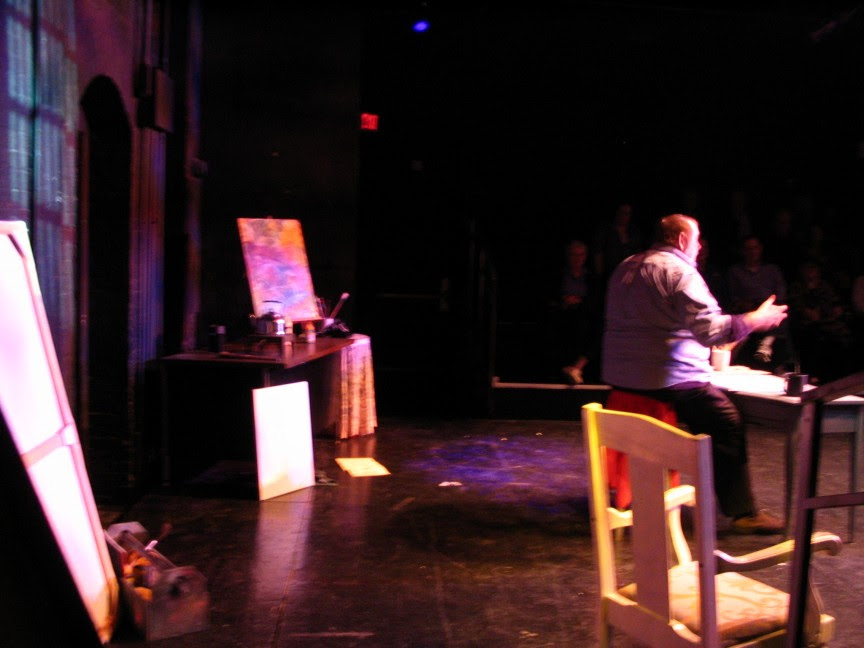 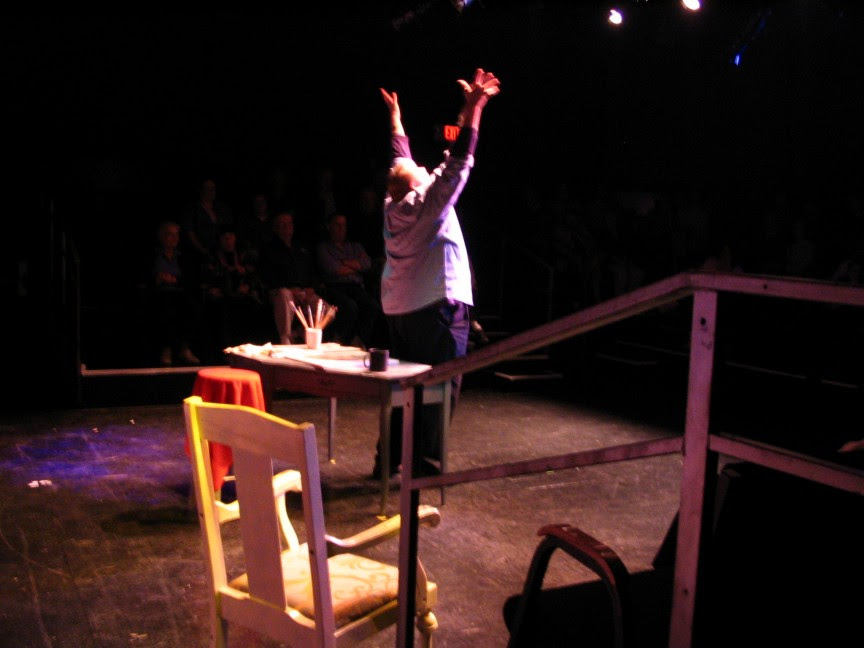 During his bows, he introduced one of the people he references in "Zero Hour," the great Madeline Lee, wife of actor Jack Gilford. Madeline was blacklisted during the 50s, named by Jerry Robbins to the committee. 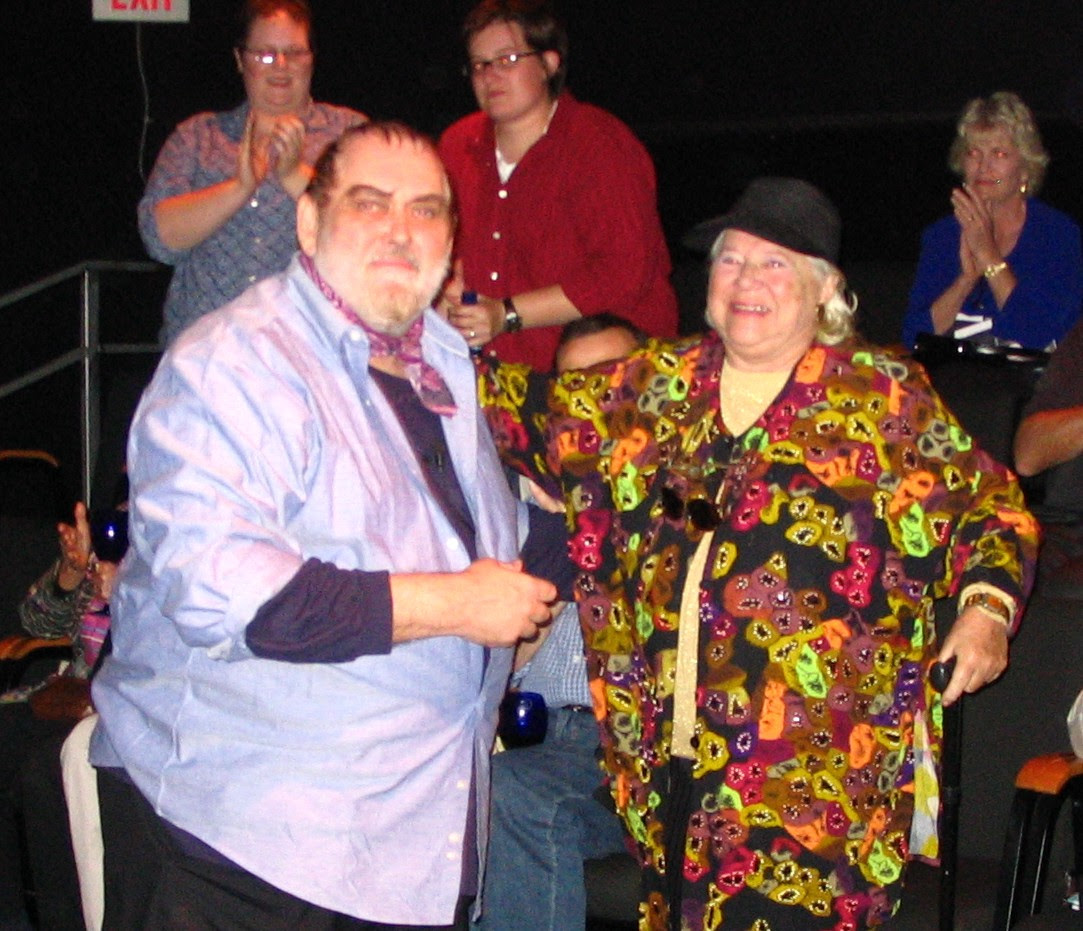 Two old friends from Houston were there. They have moved into the area. Gary and Gary who took us to the GLAAD Media Awards when we were nominated out in Los Angeles. It was great seeing them. Lots of warm hugs. When we played in Houston, we stayed in their magnificent home. 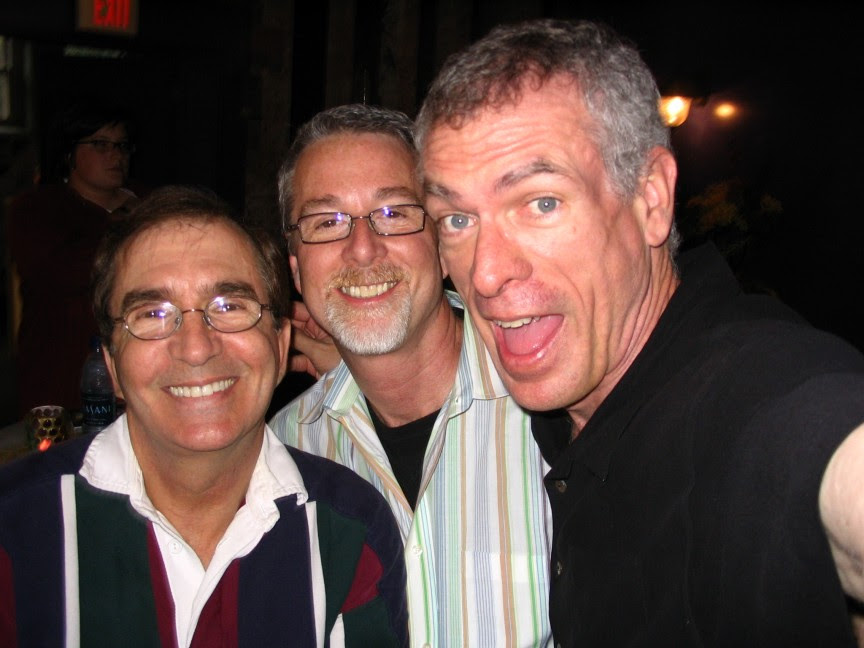 Also in attendance was Lesli Hudson, who staged managed both The Last Session and Big Voice during our runs in Rochester, NY. 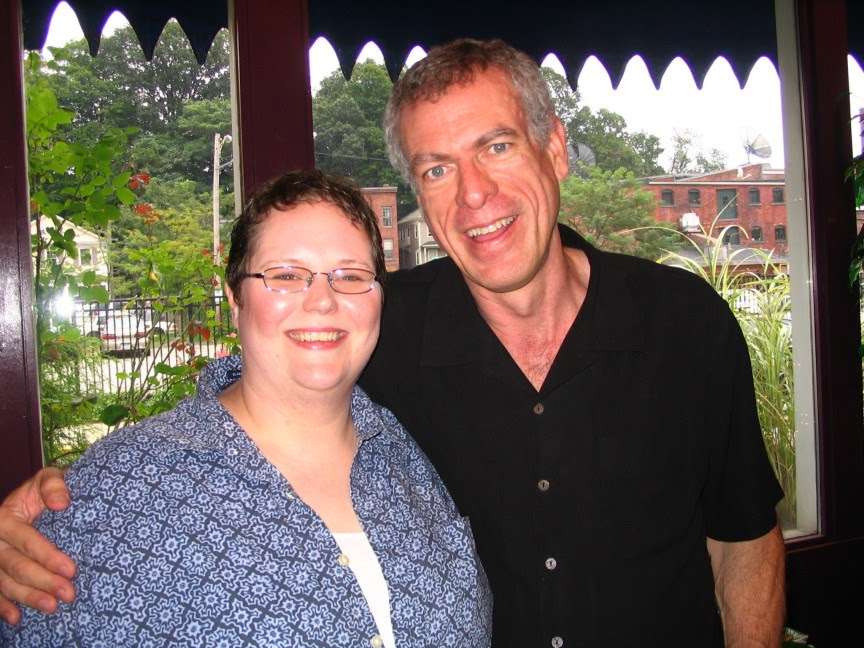 After the show, we sat around with Madeline, who regaled us with stories of Broadway and the blacklist. 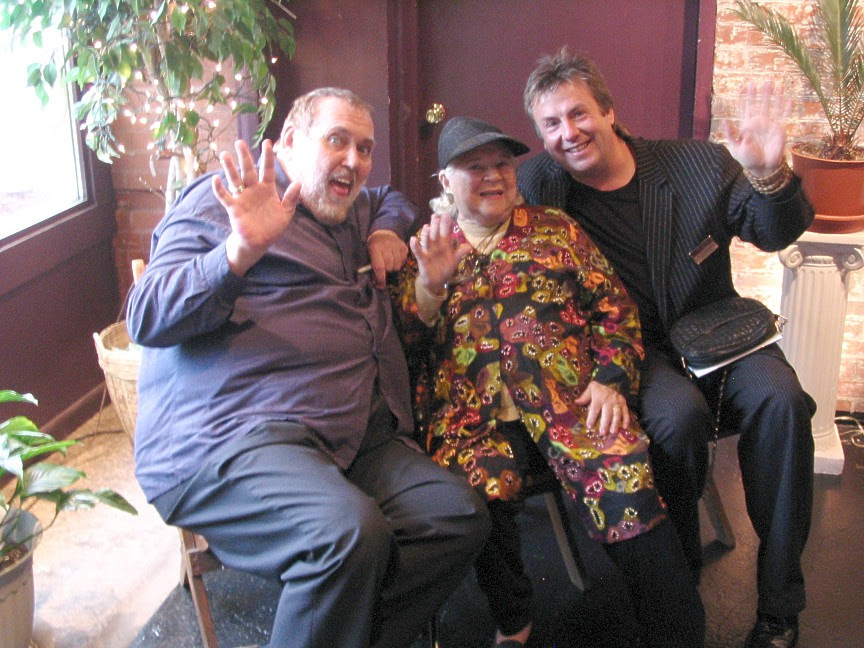 She said, "Want to know what my great sin was, that got me blacklisted? Sidney Poitier and I compiled a list of great African American actors which we wanted to submit to casting directors to get them jobs. For instance, the list would say, 'This actor would be great as a receptionist in some scene. This actor could be a cook...' Anything to get them into TV shows since there were no black faces on television at the time at all."

She's still a firecracker. She said, "Of course, now you seem all the time. They have diarrhea. They have asthma. They have messy floors..." She was referring to the fact that most shows are still lily white and the only time you see blacks are in commercials where something is wrong with them. I love Madeline. She is unrepentant to the end.

I took some videos using my small camera since my large video camera is still in a state of disrepair. I'll try to upload some of the stories soon. Meanwhile, enjoy the pictures.
at September 25, 2006

Please pass along my congratulations to Jim on the show. I'd love to see him doing Zero. Perfect casting.

Alas, I'm ashamed to say I've never been to the Surflight theater down in Beach Haven, even though it's fairly nearby. I promise to correct that within the year.

But I especially loved the story about Madeline and her experience with the blacklist. She should be (perversely) honored, I suppose, that Jerry Robbins himself ratted her out.

Wotta classy dame! (and I was always a big fan of her late hubby -- a very funny man)