The Evil of the Closet 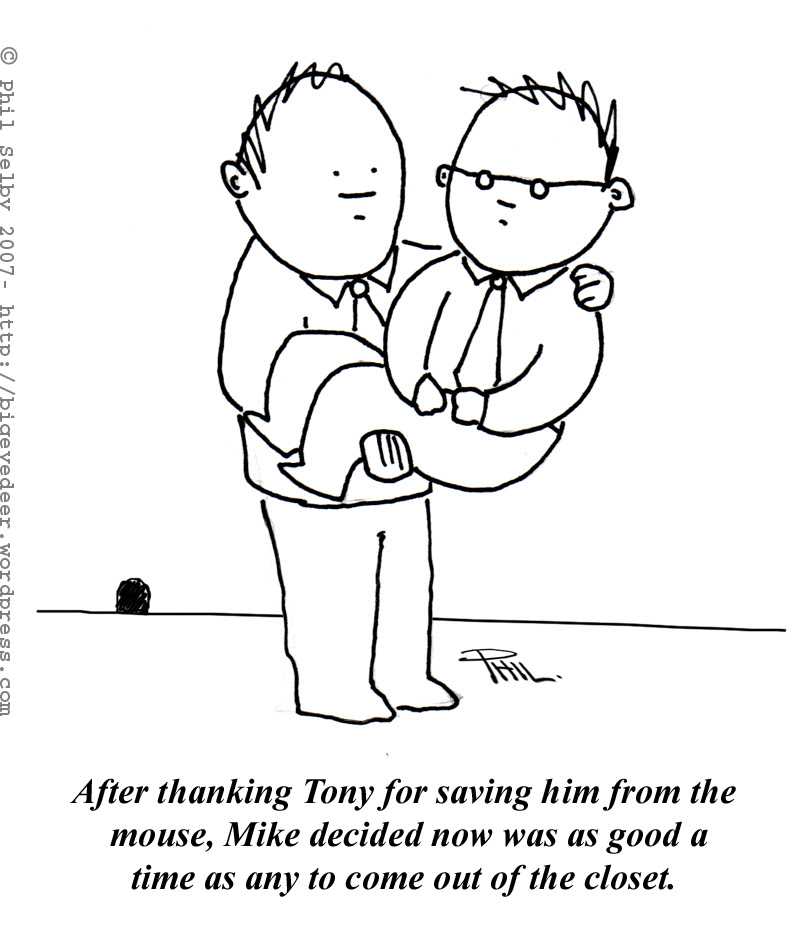 Lately, there have been numerous stories on various websites and in local newspapers about men getting caught by authorities having "gay sex" in public places, Senator Larry Craig being the most famous.

But all over the country, Republican politicians are getting caught right and left engaging in public, illegal, anonymous sex. You cannot believe how many of these stories are popping up. And all of these people have things in common:

1. They are vehemently anti-gay in their political views. So, they stand and tell the masses how "evil" homosexuality is, and how they stand for "family values" (because, presumably, there are no gay people in anyone's family).

3. They are in denial about their gayness.

I read recently that in all the "sting" operations conducted by local police on places where so-called gay men are having public sex, almost NONE of the people were actually OUT of the closet gay men. In one sting there was not a single man arrested who wasn't married and pretending to be straight. IT AIN'T US DOING THIS CRAP.


In other words, ACTUAL gay people who live their lives openly and freely are not the ones frequenting these parks and bathrooms. Sure, there was a time in the not so distant past when parks and bathrooms and other dark places were the only places gay people could even find each other. (And I'm not saying that there isn't a subset that doesn't enjoy anonymous, public sex, but it's only a very, very few of the millions of out, proud, happy, well-adjusted, spiritually centered gay people in existence in this country).

That's why I get really annoyed when people who hate us use these bathrooms and parks against us when they start talking about how "dirty" or "sinful" we are. Folks, WE ARE NOT THE ONES DOING IT. Who's doing it? The "straight" man who is angry and loudly hateful of gay persons. I guarantee you behind almost every homophobe with a big mouth is a closeted queer trying to hide his true nature by telling everyone else how terrible gay people are -- and how we should be denied the right to marry.

The irony is that if all these people would stop lying to themselves and become a part of our community, the bathrooms and the parks would once again be safe for families. You want REAL family values? Tell your homophobic, anti-gay, venom-spouting legislator to shut the hell up and start doing what it ACTUALLY takes to create a safe environment: Come out of the closet, find a partner, shut yer yap about how "evil" everyone else is, and start living a normal life.