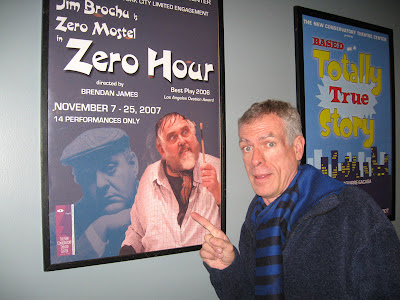 And Zero is on! That's me trying to do "Zero eyes." I just don't quite have it. 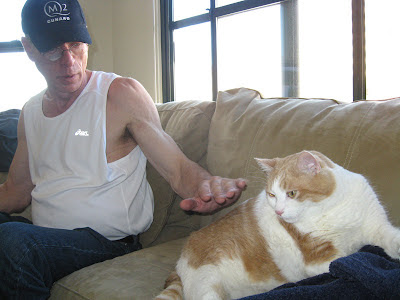 It's been fun getting settled into San Francisco again. We have our favorite grocery store (Cala Foods up on California Street). The cats (that's Steinbeck above) are enjoying the new place the theatre has stashed us. Jim has been focusing very intently on the script for Zero Hour and has made some really nice changes that are getting big laughs in these previews. 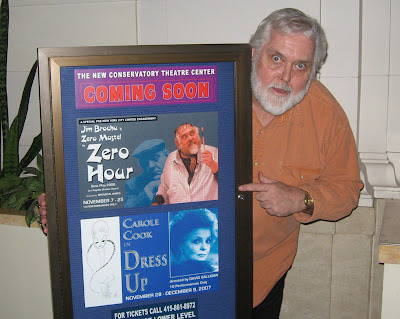 Jim does "Zero eyes" pretty well.
People have been asking about our plans to take Zero to New York and the answer to that question is that I can't discuss it yet. I can tell you that there are plans. There are other people involved. But there is no venue or date set. But the people who are interested are very serious and it's not a pie in the sky dream. I would love to tell you more, but it's not my place. But stay tuned.

Meanwhile, the New Conservatory Theatre has put up a very nice set on the same stage where we did The Big Voice not long ago. I love this space and if you ever wanted to see the volcano that is Jim Brochu as Zero Mostel, this is a great venue. For the past several nights, I've been sitting in various parts of the house. And it's equally impactful no matter where I plant myself. 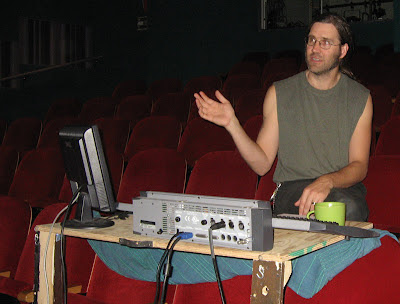 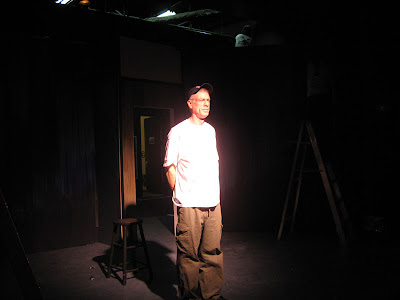 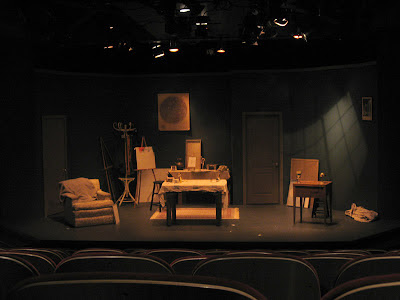 The set for "Zero Hour" in San Francisco. 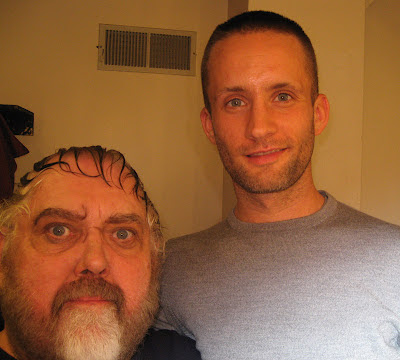 And for the last picture of this entry, I provide the answer to why I love having a cat: 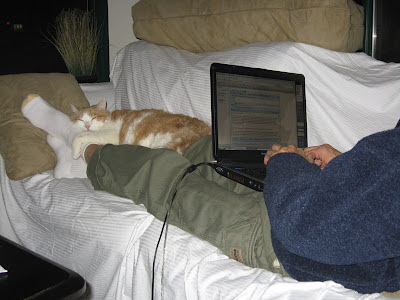 I love your kitty - Steinbeck. He is so adorable. I can't believe he is so adaptable to your travel and relocation schedule.

I have enjoyed talking with you the last few days at NCTC. I have to travel to Philadelphia for work this week so I won't be around the theater, but I wish you and Jim all the best with Zero Hour.