This past weekend was one of the most fun weekends of my entire life -- and that's saying a lot. First of all, Jimmy was dazzling on opening night. Seriously. I know I brag about my husband a lot, but Saturday night, he had that audience whipped into a frenzy. And he did it again on Sunday afternoon. It was absolutely electrifying. Here are some screen shots: 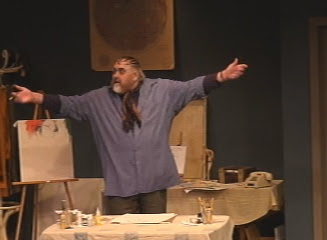 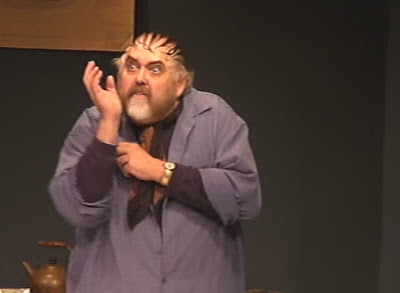 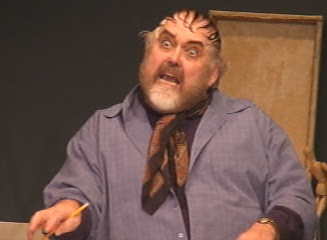 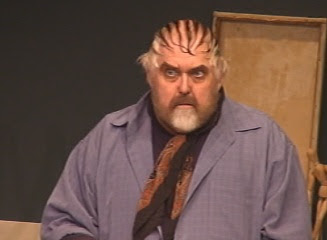 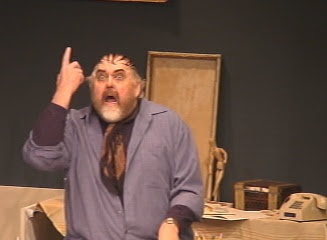 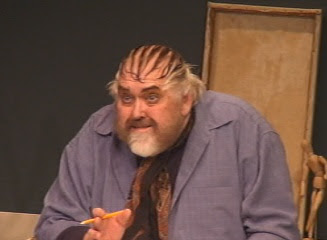 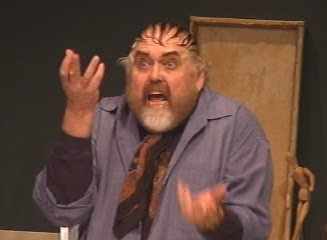 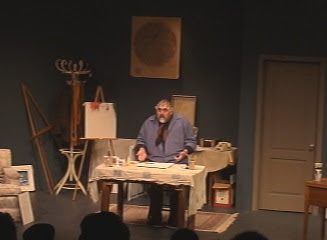 After the show, Daniel (yes! THE Daniel) and I drove over to Oakland to Timbertrout Studios where we recorded the most garage band version of "The Night Crew" you could ever imagine. It was KC, Marta and Ned, along with two dogs and Daniel. Now, the reason I dragged Daniel along was because he was so good on the video before, I thought he could tape us recording the song. Who knew he was a great musician? He picked up the guitar and kicked our asses.

So, I will have pics, video and music of that adventure soon. Stayed tuned!
at November 12, 2007

He IS Zero Mostel. Honestly. I love you guys, but really, this performance is transformational.