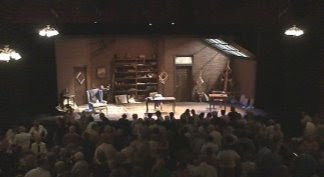 The great feat of Jim Brochu's "Zero Hour" is not the fact that he's breaking box office records here in South Florida. The show has done that almost everywhere it's played. It's that he's doing it in the off-season when most of the people are elsewhere. 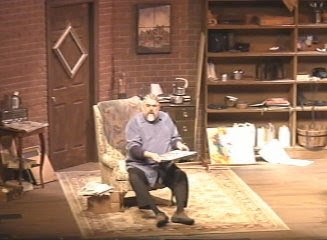 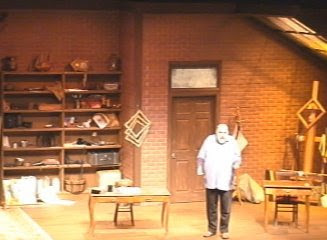 They tell me that when you go into the restaurants around here during the winter, there is a line at the door and the places are packed. And because most of the "snow birds," as they call them, have a disposable income, the theaters do well, especially with popular shows. 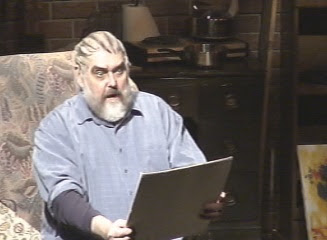 But in the off-season? We have been startled to walk into restaurants -- popular restaurants -- and they are maybe four or five (or less) other tables occupied. They're empty!

So, the theaters do their best to provide programming, usually featuring well-known stars like Gabe Kaplan or others, in order to try to coax in what year-rounders are left. It usually doesn't work that well, but they give it a good effort and try to stay afloat until the on-season happens. 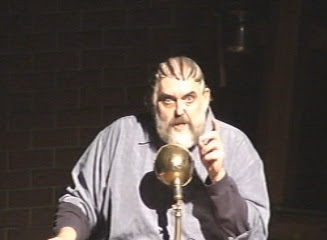 But "Zero Hour!" This show is packing them in. And last week, the phones were ringing off the hook. This week even more. The local press is giving him terrific coverage, stellar reviews, and every show has had an immediate standing ovation that goes on and on. 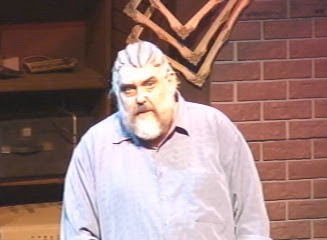 So, you might ask, why am I mentioning all this? Just to pump up Jimmy's ego or hype the show? Perhaps. But there's a story that goes untold. And it's all about show biz and the expectations that some producers have. 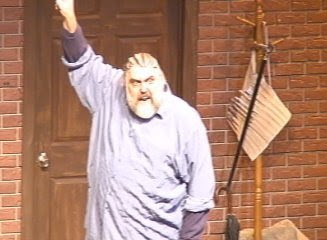 See, when we first started pitching "Zero Hour," there were several prominent producers who looked at wanting to do it. In fact, one very well known producer was absolutely ready to book it -- until he saw a video of the show. Suddenly, he couldn't be reached. 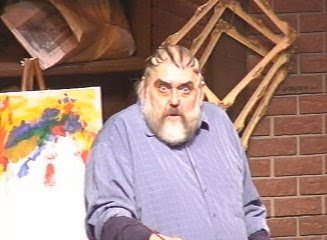 So, we saw him at an opening and went up to him to ask him what the deal was. He looked Jim square in the eye and said with absolute puzzlement on this face -- I'm not kidding -- "This is PLAY!"

"I was expecting a hat and cane show!" 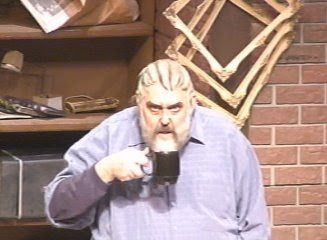 In other words, he didn't care how good the show was. He wanted Jim to come out like Zero and do a variety act. In his mind, no one, especially in South Florida, would ever turn out for a play! Especially one that deals with heavy subject matter and actually looks at the tragedy and comedy of Zero Mostel's life. 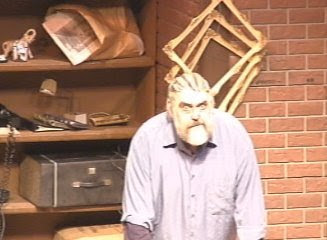 But we know from experience that audiences may love mindless crap or splashy musicals, but they also like to have their minds engaged. A season of theater is best when it's a mix of musicals AND dramas. Give them nothing but dessert and they'll get tired of it and quit coming. Give them too much serious stuff and they'll quit going because they want some entertainment. 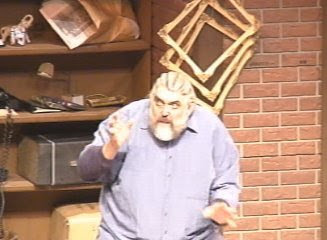 "Zero Hour" is unique in that it's screamingly funny, but it's also deadly serious. It's a full portrait of a man whose life embodies the full experience of a man, a painter, proud of his Jewishness, whose art was interrupted by the black list, and who conquered a debilitating accident that almost took his leg, who won three Tony Awards and who, ultimately, was invited to the White House.

It has yet to get even a remotely bad review. It won Best Play in Los Angeles and has been greeted with stunning reviews in every city that its played.

But the only thing this short-sighted producer wanted was a hat and cane show. He was uninterested in even giving "Zero Hour" a chance.

Well, too bad for him. Because the producer that did pick it up is now making money hand over fist and as soon as the full funding is in place, it's going to hit New York like an atom bomb. That I can assure you. And we've now proven that not only does it "work" in South Florida, but it's breaking every box office record they have -- IN THE OFF-SEASON! The New York investors are going to make a mint after it hits the road on a real tour. 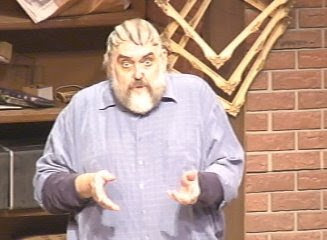 Sure, people come sometimes with the expectation that it's going to be a fluffy night of light entertainment, but once they experience the full reach of this play, they're clearly going out and telling every friend they have about it because you know what sells tickets? 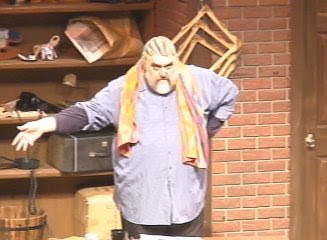 And the word of mouth equals the reviews which equals box office records, and "Zero Hour" is a smash. And I'm so proud of Jim, I can't stand it. 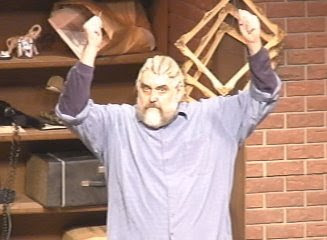 So, there Mr. Producer. Next time, watch the whole tape. And stop acting like audiences are stupid children who need nothing but pablum. A great entertainment can also be like eating a full meal. You can have it all. And "Zero Hour" has it all. And we have the box office receipts to prove it. 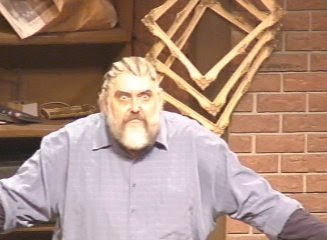 Dittos on your assessment on the state on entertainment today.

Other then PBS and other, mostly under featured venues these financiers "in the biz' tend to have a great deal of difficulty thinking outside their narrowly defined formulas. I just wonder if things were this way years ago would we even have a 'Zero'? For that matter would there have been a Benny, Groucho, Skelton, etc.

Producers, I suppose aren't renown for being visionaries, are they? I suppose that's why they ARE.. the 'producers' and not the 'artists'.

Imagine Lucille Ball's conversion to comedy. She would still have always remained Diane Belmont in history. < WHO!

Perhaps things really aren't that different after all, eh? CBS certainly wasn't impressed with Desilu Productions. That was until Lucy and Desi took it on the road... "TO THE PEOPLE" in the vaudeville circuit.

Audiences may not be all that different after all theses ages. Perhaps they are saturated with the spoon fed, ho hum drum 20 year old kids disingenious entertainment and are looking the most delightful part of the meal. The desert.

In a most flattering way, may I state the old aixom "there's life in them old dogs yet"!

Glenn, that's a very interesting and cogent observation, comparing Jim's taking "Zero" on the road to convince producers to Lucy and Desi taking their act on the road. I never thought about that.

Jim has informed me, however, that I may not play the role of Kate Mostel. :)

i am so proud! it really is an awesome, awesome show.