Jim and I are heartbroken. Dom was one of the nicest persons to me. When we met, I think I was very ill at the time. We were invited to a family picnic. I was just treated like one of the family. As he became increasingly immobile, we would see Carol, but never Dom.

He was a genuinely hilarious comedian.

We've just learned that Dom DeLuise -- who starred in such classics as "The Cannonball Run" and "Spaceballs" -- died last night in a Los Angeles hospital. ...

We're told he passed away peacefully in his sleep at around 6 PM. 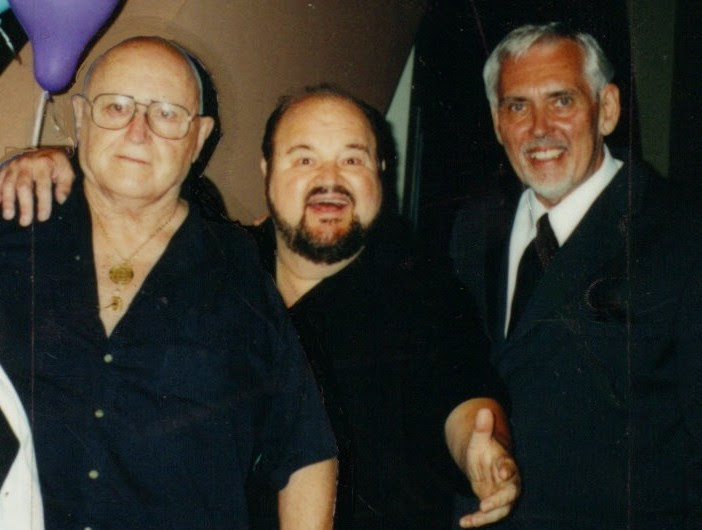 Jim, right, with Rod Steiger and Dom Deluise. Below, Dom with Dean Martin.

Very sad news, his performances never failed to make me laugh. Dom was one of the few celebrities I ever met in person, while overseas. He was filming on this exotic location and the whole cast of his movie was invited to an evening with the local ex-pats. Dom was the only star gracious enough to attend.