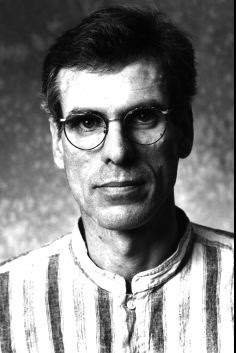 I didn't take too many pictures of myself during this period, but I found this one. I don't look too bad in it, but what you can't see very well is that my skin was mottled terribly from some fungus infection that no one could figure out. I'm not even sure when this was taken, but I think it's from a few months earlier.

The day after Dennis told me, "OH MY GOD YOU'RE GONNA DIE IF YOU DON'T DO SOMETHING NOW," we scheduled an appt. with a new doctor. Quoting:

"Dr. Steve had me take some blood tests and a chest x-ray and then prescribed paregoric to stop the you know what as a last ditch effort. Yes, the old famous paregoric. He said no one makes it anymore and it's hard to find. But, of course, Bob's Pharmacy had it. Bob has everything. I looked it up in the dictionary when I got home and saw that it's made from opium. How nice."

In case you aren't aware, narcotics help block up the old poop machine. This new doctor, who I have absolutely no memory of, checked me out and decided that since TPN costs about $600 a day, and is a very extreme measure, he thought we should take one last stab at stopping the diarrhea the old fashioned way: narcotics.

"A quiet day. The paregoric worked somewhat on the diarrhea so that was a relief. I went over to Jim Latham's and wrote two complete lyrics in a hour and half for a movie/tv project he's doing."

Jim Latham is one of my oldest friends here in L.A. He and I have worked on several projects together and when we first met, he was a "second" sound engineer at Theta Sound Studios in Burbank. We named the character of "Jim" after him in TLS. I haven't seen him in a long time so I just sent him a note and, hopefully, I can get over to his place soon so we can hang out. What I do remember is that would go over to someone's house and have to take a nap upon arriving. Then I'd wake up and we'd do something. Then I'd sleep again and drive home. From the entry on the 28th:

"Since I'm on the mend right now and don't have much energy, I purposely stayed in most of the day yesterday and rested -- and guzzled all the anti-you know what medications I had. Every few hours -- I felt I was in a battle zone and I was going to defeat the enemy. Drink the paregoric! Have a codeine! More immodium! All day long, and this morning? Victory again. But I must continue the battle. I win it and I lose it and I win it again. I'm determined to beat this and get my life back."

Thinking back, I remember now that the goal was to go a single day without diarrhea -- and then another. So, I'd literally guzzle the opium-based paragoric (which was this orange, totally vile, thick gunk), take codeine pills, take Immodium and eat nothing but BRAT: bananas, rice, applesauce & toast. And I'd sleep in a narcotized stupor.

Every morning when I woke up, as I did on this day 10 years ago, I would keep my fingers crossed that a hundred gallons of water wouldn't pour out of me, because that's what it usually felt like. And even through this, every single day, if I had a "victory," I'd feel like I was at a turning point headed back in the right way.

Unfortunately, the list of things going wrong with me just kept getting longer and longer. The worst days were to come.
at April 27, 2006

Email ThisBlogThis!Share to TwitterShare to FacebookShare to Pinterest
Labels: AIDS