Singing With Jake At Kulak's.

Last night at Kulak's turned out to be great fun. Jake, unfortunately, couldn't find it at first, so he missed the sign-up to sing a solo, but he made it perfectly in time for us to sing together. The video won't be available for another week, but here are a couple of photos of Jake I took down there in the space. I told him I was adding him to the act because it needed some sex appeal. Luckily, he can also sing. 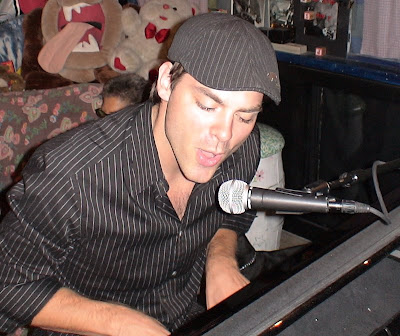 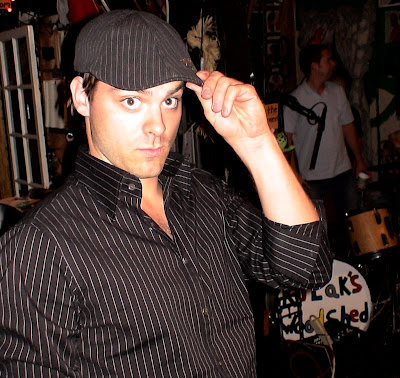 We sang "Going It Alone" together. He took the higher harmony.

And it was a great night of talent, too. Dave Morrison, who is a superb performer and writer, was the guest host. Dave is hilarious on top of all his other talents -- guitarist, singer, etc.

I also got some nice emails from people who checked in on the broadcast and really enjoyed hearing a night of alternative folk music. Well, I'll be back there next Monday!
EDIT: The videos that are made at the open mic become available in a week. So, you'll get to see how well we did!
at September 02, 2008

He sang the HIGHER harmony? With you? Oh, king of the upper stratosphere vocals?

I'm more impressed than I already was with Jake. ;)