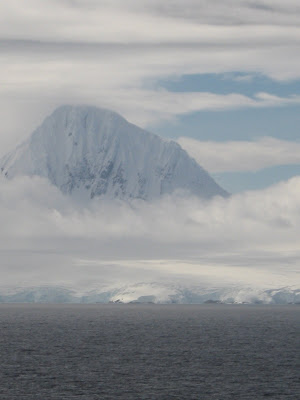 I attended a rehearsal of the Songs4Earth concert which is going to happen Saturday night. Trying to corral people together to learn each other's songs in time to keep from embarrassing yourself totally on stage is not easy. It was really hot last night and everyone was tired. One singer just laid down on the stage, fully participating, but too exhausted and hot to stand.

The two songs Jake and I brought are singing "My Thanksgiving Prayer," and "Antarctic Suite: Landscape". He is in rehearsal now for the musical of BIG, so he had to leave early.

I'm only just now getting acquainted with the other people in the group of musicians, singers and songwriters: Darren, Peter, JD, Suzy and Diana. JD I've known for a few years. In fact, he and I were both at the first Soulforce March on Lynchburg. I didn't know him, but I always thought he was a superb musician.

JD gave me another solo -- a song he has written as part of an "Earth Cantata." It's a gorgeous melody. It's fun being asked to sing someone else's song. Usually, it's me begging other people to sing mine!

Today being Earth Day, aside from writing on Facebook that I had painted myself green and was wearing tree branches in my hair, I was reminded of a blog entry I made about having seen the Antarctic. I looked at it, but it was too long and unedited. So, I've rewritten it as a little essay.

BIRTH DAY ICE
It just appeared off the port side. From horizon to horizon. It was a glorious morning. The sun was out. The sky bright blue. The water still. The ship, quiet. Almost reverential as we sailed past this miracle of earth. Only a one in twenty chance that it would be possible. These islands are usually draped in icy, gray mists and dark low-hanging clouds. 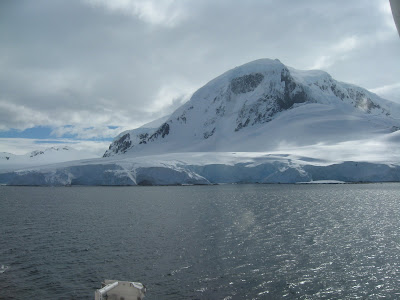 (We were two days late as it was because, in getting there, we caught the tail end of a hurricane in Drake's Passage down below South American and hit a rogue wave, which shattered three windows in three cabins and forced us back to Ushuaia for repairs).

But here it was. An island of bright white snow, deep blue ice and black rock spires, soaring above. Glacier after glacier passing us by and I stood in such awe, it was actually painful to raise my camera. Why would I want to look through a view finder? This was the real thing. 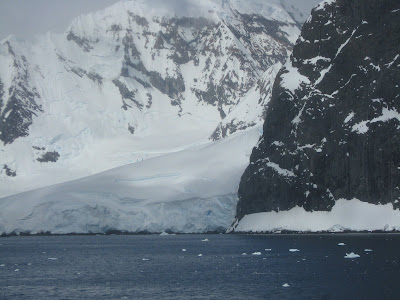 And as I observed the place where the oldest ice on earth becomes reborn as new icebergs and then new water, I realized that birth is not always by fire. Sometimes birth is by ice. 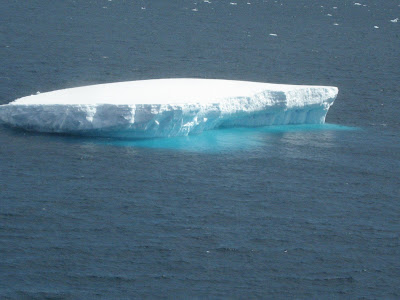 Rivers of ice. Moving so slowly. Rivers of rock, grinding away at the now razor-thin mountains.

We moved on and approached a different island. Deception island. An old volcano, whose tip was just tall enough to be an island, and whose cone was used by pirates to hide and pounce.

Through binoculars, I was amazed at the thousands of penguins in their mating season, lined up on the black beach of Deception Island, only to discover that all those additional white spots blanketing the dull green hills and plateaus overlooking the seas were tens of thousands of penguins more.

Birth. Rebirth. The oldest alongside the youngest.

I saw the planet's ancient ice on one island, and its newest babies on the other.

A planet constantly being reborn. My heart began to fee its own pangs of rebirth.

If I had a new years resolution, it would be to slow down even more. To remember that birth happens in ice just as much as it happens in fire or water.

I would step out of the rushing stream of news and commentary and analysis and judgment and turn off the noise. Just shut it off.

What we put into our brains, you know, also affects our bodies, and just because news runs 24/7 doesn't mean they are actually describing the world.

You know what I learned in the Antarctic? That there are huge, massive portions of this planet that are not careening. They're taking their time to just be.