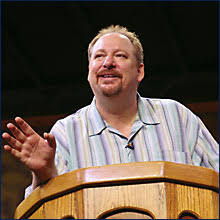 In following the same sex marriage debates here in California, I have read in interest Pastor Rick Warren's stated position on CNN that while he supported Prop 8, the constitutional amendment recently passed to take away from gay people the right to marry in California -- a right we had until this past election, he says he's not a crusader against gay people and that this whole issue was not that important to him.

So I find it interesting that one of his highest level executives started a little Wikipedia war in order to rewrite history just a wee bit -- so much so that it got him banned from the site for three months. Here is it is in fuller detail from a new political blog (The Ignorant Heterosexual) by my friend, Ken McPherson, who's been following the controversy for weeks.

A couple of months ago I looked up “Rick Warren” on Wikipedia to see what the entry said about Warren and Prop 8. I clicked on the discussion page tab and discovered a Wikipedia War that has become my favorite soap opera.

The discussion about how to present Warren’s position regarding Prop 8 begins here:

Then another editor, CarverM changed Benccc’s edit to read that Prop 8 "amended the state constitution to read, “Only marriage between a man and a woman is valid or recognized in California.”

Benccc went to the article's discussion page and pointed out that the original line and CarverM's edit “omits an essential fact. Thirty states ban same-sex marriage; Prop 8 is unique for having rescinded it. Readers aware of that fact may better understand why Warren's support for Prop 8 was the subject of protests”.

And thus began an epic Wikipedia War that has resulted in Wikipedia officially “locking down” the Rick Warren page with a banner that warns “The neutrality of this article is disputed” and “This page is currently protected from editing until disputes have been resolved.”

The two sides have been sharply drawn from the beginning, with one side calling for inclusion of controversies surrounding Warren, and the other side trying to strip anything but the most cursory mention of Warren controversies from the article.

Among the contentions made by the Warren Wikipedia Whitewashers:

- Warren did not compare same sex marriage to incest, polygamy and pedophilia during his notorious Beliefnet interview.
- Gay and lesbian people have never had the right to marry in California.
- Controversies surrounding Warren's position on gay marriage are, according to CarverM, "a tempest in a teapot" and unworthy of more discussion than a link to Wikipedia's Proposition 8 page.

After weeks of voluminous and sometimes heated debate, it was uncovered that CarverM is in fact Mark Carver, the International Director of Purpose Driven Ministries.

Here is Carver's bio from one of Warren’s websites : "As executive director for Purpose Driven Church, Mark Carver oversees the ministry of Purpose Driven in every region of the world except North America. His vision is to see a worldwide community of healthy churches working together to fulfill the Great Commission. Toward that end, Carver and his team are developing tools to train pastors worldwide and creating curriculum to support the spiritual health of individual church members."

Unfortunately for Mr. Carver, Wikipedia has a strong policy in regards conflict of interest. Once it was learned he is one of Warren's closest buddies, he was banned from the discussion for three months, along with another Warren Wikipedia Whitewasher who inadvertently revealed he was a member of Saddleback Church.

This is one of the reasons, I will not accept Wikipedia as a legitimate source of information by my students. It's not an encyclopedia, but a social experiment.

When the unqualified can change anything, how can you trust the source? Great example. I might even use it in my discussion of evaluating sources.

People with an agenda shouldn't be writing encyclopedia

Wow what a saga. You can see the whitewashing of the Prop 8 info here
http://en.wikipedia.org/wiki/Talk:Rick_Warren/Archive_11#Explanation_of_California_Proposition_8

Scroll through the epic battle and you'll find gems by Warren defenders, such as this from user Lyonscc:
something is not truly a "right" until a court rules it so AND all appeals on that court ruling have been exhausted. In this particular case, had Prop 8 failed, it was already on track to the Federal Appeals Court, and (eventually, no matter how the appellate court ruled) the US Supreme Court - in other words, not all appeals on that court ruling had been exhausted. By denying a stay on its May 2008 ruling, the California Supreme Court put any SSM's performed under its preliminary ruling in jeopardy of becoming null and void, because no such right was yet ensured until all appeals were exhausted. Thus, no "right" existed yet, and Prop 8 could not have "eliminated" it.

Here's their explanation of why the article can't include the fact that Warren compared gay marriage to pedophilia, is such gobbledigook I don't even know what it means:
Answering questions from reporters on a subject does not make one "outspoken", and Warren is anything but outspoken on this issue. This directly contradicts the first sentence of the proposed addition, and renders the further discussion on his support (or his church's website positions in support) of pro-life and pro-family causes moot, per WP:BLP, WP:UNDUE, and WP:V. Additionally, it's pretty obvious that the addition of this paragraph is an attempt to coatrack a topic beyond that of the nominal subject of the article. Besides this, see the recently archived discussion on the proof-texted comment that supposedly equates gay marriage with pedophilia, etc. In order to get the full context and avoid violating WP:NPOV, much more of the interview would need to be included. Additionally, having a "one group though X said Y, but Y says that he didn't" inserted into this (or any biography) is classic coatracking and insertion of a straw man fallacy (in addition to being a violation of WP:NOR). As for WP:V, a number of the linked sources are from blogs/self-published media, which are completely inappropriate for a BLP. From WP:BLP: Remove any contentious material about living persons that is unsourced; that is a conjectural interpretation of a source (see Wikipedia:No original research); or that relies upon self-published sources (unless written by the subject of the BLP) In this case, the primary source of every cited article is the Rick Warren beliefnet interview, and - as proven by the context of the interview as a whole, and more importantly, by Warren't post-interview clarification - the chosen interpretation above would be a "conjectural interpretation" of the original source. This section doesn't belong in this article in the same way that a hyper-Calvinist's rant that Warren isn't a 5-point Calvinist doesn't belong (SBC is Calvinist, but not hyper-, Warren isn't outspoken on Calvinism).

The even more epic mediation battle is here, makes you wonder how any of them have jobs, or (hisssss) whether any of them are actually being paid to obstruct the process:
http://en.wikipedia.org/wiki/Wikipedia_talk:Requests_for_mediation/Rick_Warren

Oops I didn't make my links hot. They are:

@ Terri. Hopefully, you'll use it as an example of how it's sometimes difficult to see underlying biases in media, as opposed to say that Wikipedia is biased. Wikipedia states ouright that it shouldn't be used in citations. But your students are going to use Wikipedia as part of their research, whether or not you make it clear that they should lie to you about it. Wikipedia article discussion pages tend to be excellent for identifying the points of contention on any particularly topic, being notionally moderated to keep the discussion focused on how to best describe the article topic.

Thanks so much for posting this information.

It is glad to see this blog, it is good and detailed fun to read this, nice informative blog, Thanks for share this article.

Incidentally, I like the way you have structured your site, it is super and very easy to follow. I have bookmarked you and will be back regularly. Thank you