If you've seen Jim talk and sing, in The Big Voice: God or Merman? about his Catholic background and seminary time, you know he loves all things Catholic. He pointed me to this site which keeps up with the latest Catholic news and gossip. It's called Whispers in the Loggia. Today, there was an interesting entry about Pope Pius XII (also featured in The Big Voice) and Hitler based on secret Vatican documents, newly released.

Some people think it's just a trick to rescue him from accusations of anti-semitism. His biggest fans are wanting to canonize him. 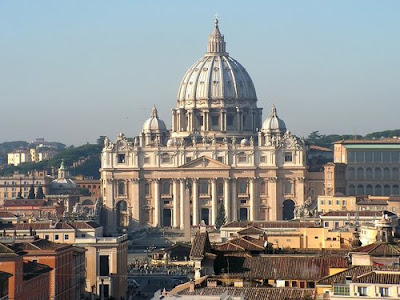 According to freshly-revealed documents, Pope Pius XII and his inner circle made contingency plans to move the Holy See to Portugal, where the college of cardinals would elect his successor if the Nazis kidnapped the still-controversial wartime pontiff:

That Hitler considered kidnapping the Pope has been documented before, but this is the first time that details have emerged of the Vatican's strategy should the Nazis carry out the plan.