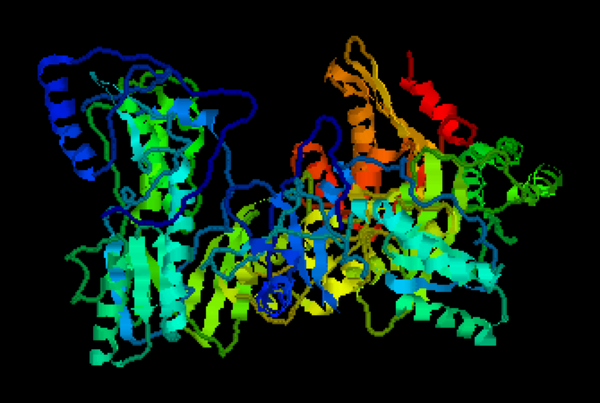 This article briefly brings good news about a new class of HIV drug.

Long ago, when I was first learning about how HIV works, I learned that the chemists and researchers began their fight by trying to find out which enzymes HIV used (to replicate itself) that the human body did not. They found three: Protease, reverse-transcriptase and integrase.

Reverse transcriptase take a single strand of RNA (which what HIV is when it first enters the t-cell) and changes it into a double stranded DNA helix. It does this so that the new strand of DNA can zip open the DNA of the t-cell (using the integrase enzyme) and insert itself. Then it uses the t-cell to throw out strands of DNA which are then cut into individual new HIV pods (using the protease enzyme).

(There are other classes of drugs also being investigated, but those were the main first targets).

The first HIV drugs targeted reverse transcriptase. The second class of drugs targeted the protease enzyme, but it has been a hassle trying to inhibit integrase. Years and have into research trying to find an effective drug.

Meanwhile, many AIDS patients failed on the first two classes of drugs as HIV morphed and changed shape.

With this news, if the new class of drugs works, many people who are on salvage therapy now or who are failing, will be able to, one hopes, survive.
at April 15, 2007